The One Where They Weren’t There for us Anymore…

If you were wondering what to do during this in-between period from now to New Year’s Day in Dubai, we’ve got the answer:

Head straight for your sofa, turn on Netflix and binge-watch the smash-hit sitcom Friends, as there’s less than two days to go before it’s no more. Sob.

That’s right, much to the sadness of Dubai residents and others around the globe, the timeless 90’s comedy show is leaving giant-streaming service, Netflix, on platforms worldwide from Wednesday, January 1.

That means we have under 48 hours to watch the ups and downs of the lives of our six favourite Friends; Monica, Phoebe, Ross, Rachel, Joey and Chandler before the gang bid farewell to our screens. Could we BE anymore sad? 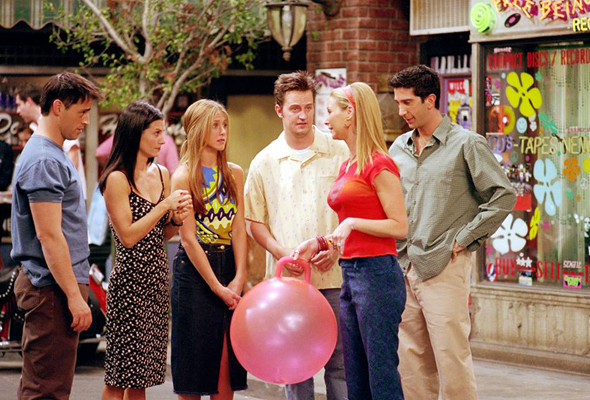 So why is the hit show leaving Netflix (it was one of it’s most-streamed shows)? Well, HBO Max, a new streaming service, owned by WarnerMedia Entertainment will now host the 10 season series from May 2020.

Friends won’t be streamed on any other service during that time so you might have to dust off the old box-set DVD’s to get your fix…and find someone who still owns a DVD player.

The much-loved series, set in New York, ran from 1994, with its last episode aired on May 6, 2004, however it continues to be held in the hearts of people around the world and there’s no sign of that changing any time soon.

On your marks. Get set. Sofa…

Culture
TV
EDITOR’S PICKS
Ramadan in Dubai: 50 iftars to try
READ MORE
Where can Dubai residents travel? Check out these 14 destinations
READ MORE
Rumours, facts and reveals: New Abu Dhabi bars and restaurants
READ MORE
UAE announces reduced working hours for Ramadan 2021
READ MORE
MOST POPULAR
There's a 30 per cent sale taking place during the long weekend on LegalHomeDelivery.com
Pics of the week: Your best photos of the UAE
Here's why you need to visit Mimi Kakushi's new Friday lunch
New films to watch in cinemas this week: May 13 to 19
Torno Subito's new lunch menu offers a quick mid-week vacation
YOU SHOULD CHECK OUT
Our website uses cookies and other similar technologies to improve our site and your online experience. By continuing to use our website you consent to cookies being used. Read our privacy policy here.