Bar of the month: Chingón

Style, sophistication and skulls combine at this new modern Mexican

Everything we know about Mexico, we learned from American pop culture. After watching US TV shows such as The OC, we were anticipating bright lights, pool party vibes and a raucous crowd when we arrived at this new Mexican venue in Business Bay.

As it turned out, there was no boisterous pool party. Instead we took the elevator from the Grand Millennium lobby up to the rooftop, where we were met by incredibly stylish hosts, guided through an enormous camouflaged black door and into a dimly lit, uber stylish restaurant and lounge.

The hottest restaurants, bars and clubs opening in Dubai in 2020
Famous Chinese restaurant Hutong is now open in Dubai 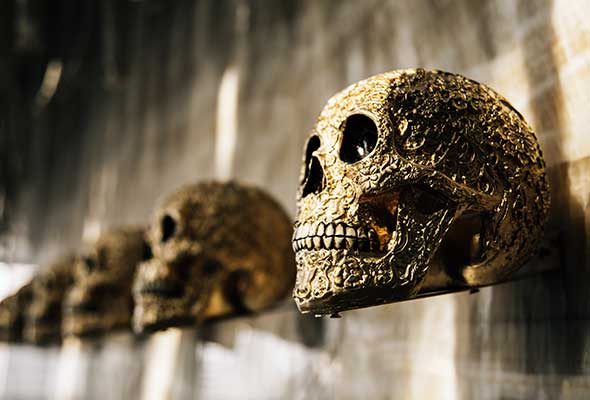 Chingón couldn’t be further removed from the tacky Cancun atmosphere depicted on US TV shows. In fact, Chingón – meaning ‘something cool’ – is exactly that – it’s really, really cool. From the bronze dia de muertos calavera skulls lining the walls, to the plush black velvety sofas, the fierce amber lights shining from behind the bar, and the deep house meets Amazonian tunes reverberating quietly in the background, Chingón’s aesthetic creates a dark and mysterious atmosphere that exudes class. 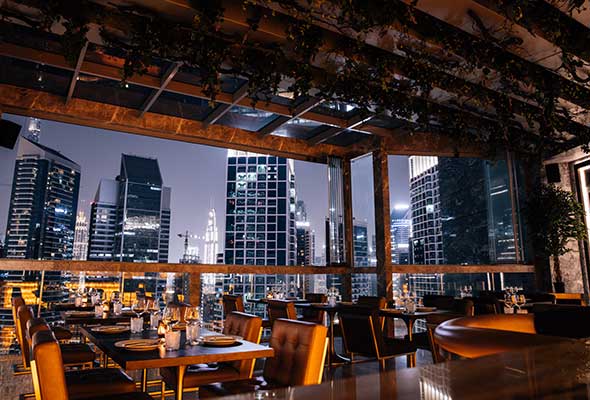 In terms of the view, this new spot has a cracking one out across Dubai Canal, and during cooler months the venue opens the windows so wide that it feels like you’re dining outside.

All of this adds up to a pretty spectacular setting for sundowners, and at Chingón, they’re of the expertly mixed Tequila variety. We recommend the signature Nahuatl Old Fashion (Dhs85) with agave syrup, homemade bitters with cocoa, dohka and vanilla. Pair that with a selection of dishes from the raw bar and the delicious duck carnitas tacos, and you’ve got yourself a stylish fiesta.

Bars
EDITOR’S PICKS
13 Sheikh Hamdan-approved restaurants in Dubai
READ MORE
Dubai brunches temporarily banned in new preventative measures
READ MORE
12 upcoming Dubai mega-projects we can't wait for
READ MORE
16 of the best beach bars in Dubai for sundowners
READ MORE
MOST POPULAR
Throwback: Check out these photos of the UAE's first hotel
5 empowering ways to celebrate International Women's Day in Dubai
There's a new luxury lifestyle magazine for men in the UAE
Nails and cocktails: Inside Dubai's first licensed nail salon
22 of the best places to get vegan and vegetarian food in Dubai
YOU SHOULD CHECK OUT
Our website uses cookies and other similar technologies to improve our site and your online experience. By continuing to use our website you consent to cookies being used. Read our privacy policy here.