Speakeasy JBR bar District to close its doors this weekend

Saturday February 1 will be your last chance to visit…

Calling all fans of speakeasy JBR bar, District, there’s only a couple more days to get your fill of the laidback lounge – as it will be closing its doors for good this weekend (January 31 and February 1, 2020).

Located at Rixos Premium JBR, District opened back in May 2019 and now, after eight months it’s time to say goodbye. It occupied the spot formerly inhabited by nightclub, Inner City Zoo, which also closed after just over a year of operation.

With a cool, loft-house style vibe, District offered a Tuesday ladies’ night, live lounge set on a Sunday and Thursday, dinner and a breakfast brunch deal. However, unfortunately it faced competition from long-established Dubai watering holes, Lock, Stock & Barrel and STK, which both reside in Rixos Premium. 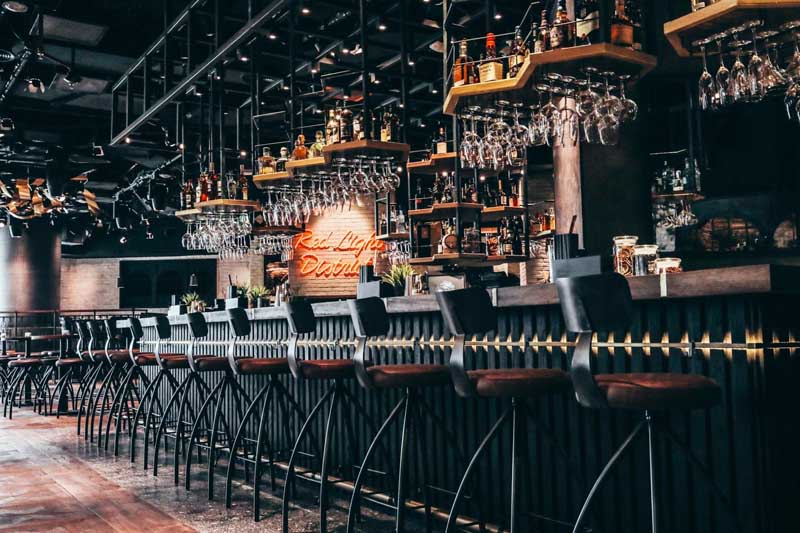 Whilst we don’t yet know exactly what will replace District, the team at Rixos Premium has plans to relaunch it as a new restaurant that will serve Arabic food and shisha.

The hottest restaurants, bars and clubs opening in Dubai in 2020
8 of the hottest new bars, beach clubs and restaurants in Dubai right now

Also this month, in January 2020, popular Scottish pub Copper Dog closed their doors. Their was no official announcement except the pub changed its Facebook and Google profiles to ‘permanently closed’ and the team has plans to relaunch the space after Ramadan.

Whilst the high turnover of bars and restaurants in the city can sometimes mean that some of our favourites are no more, it always paves the way for new openings to be revealed in the city.

Just some of the eagerly-anticipated bars and restaurants to open in Dubai in 2020 include SUSHISAMBA, Taiko and Dinner by Heston Blumenthal.

Bars
Nightlife
EDITOR’S PICKS
13 Sheikh Hamdan-approved restaurants in Dubai
READ MORE
Dubai brunches temporarily banned in new preventative measures
READ MORE
12 upcoming Dubai mega-projects we can't wait for
READ MORE
17 of the best beach bars in Dubai for sundowners
READ MORE
MOST POPULAR
Wizz Air to launch Abu Dhabi to Tel Aviv flights from Dhs99
8 places to catch the Indian Premier League in Dubai
Emirates flight tickets can now be rebooked within 36 months
What’s On The Bookshelf: 3 feel-good fictions you have to read
Review: Hickory's Friday brunch at Yas Links Golf Club
YOU SHOULD CHECK OUT
Our website uses cookies and other similar technologies to improve our site and your online experience. By continuing to use our website you consent to cookies being used. Read our privacy policy here.