Calling all Peaky Blinders fans, a themed-brunch is coming to the idyllic Moon Island in Abu Dhabi on Friday, February 14, aka Valentine’s Day.

The British crime drama follows the lives of a criminal gang based in Birmingham in 1919 and has become a global hit since its first episode release back in 2013 when it aired on BBC Two. It’s since gone on to create five seasons.

Brunch will take place on February 14 from 1pm to 6pm, with free-flowing house beverages and buffet-style food, with salads, a barbecue, pizza, sliders, Arabic grills and a selection of desserts, priced at Dhs499. An afterparty will kick off from 6pm. 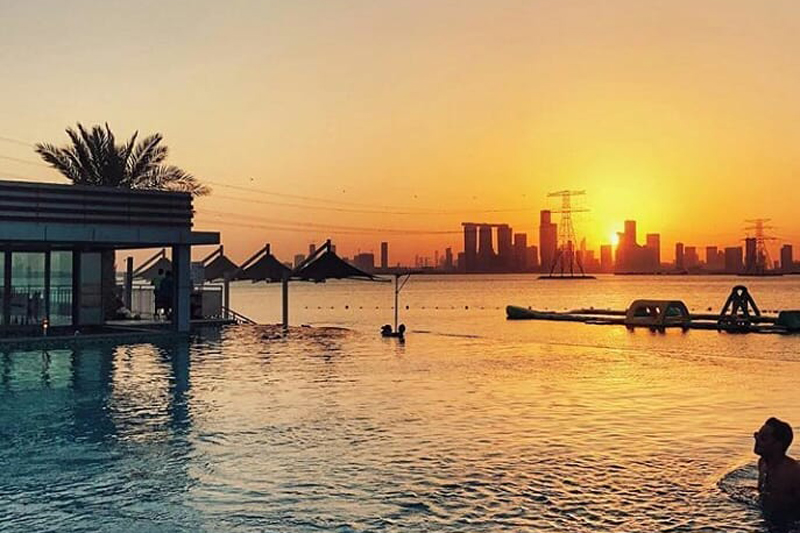 Regular transport to and from the island, via a speed boat from The Club in Marina Zayed, is included in the price of the brunch. VIP packages and bed reservations are available to purchase at an additional cost.

A live DJ will be on hand to set the party scene, with music ranging between commercial, house and dance. Expect lots of Peaky Blinders-themed entertainment along the way, including staff dressed in the period costumes, games and songs.

Feel like making a weekend of it? You can also book an overnight stay in one of the beachfront villas, which are two-bedroom and sleep up to six people, priced at Dhs950. If there’s even more of you, a seven-bedroom villa with an infinity pool is also available to rent.

The brunch is brought to Moon Island by the owners of the popular The Peaky Blinder Pub in Birmingham, UK. They’re set to launch further Peaky Blinders-themed brunches across the UAE in future, so watch this space.

Brunch
TV
EDITOR’S PICKS
Ain Dubai will open with fireworks, live music and a drone show
READ MORE
Incredible Aura SkyPool to open in Palm Tower this November
READ MORE
Brit Grand Slam hero Emma Raducanu confirmed for Mubadala Tennis
READ MORE
What’s On Nightlife Awards 2021: Here are the nominees...
READ MORE
MOST POPULAR
Why Armani/Hashi is trending hard on the Japanese cuisine scene
Celebrate creativity at City Walk during this three-weekend event
This Heinz Beck brunch at Waldorf Astoria just got an upgrade
10 brilliant things to do in Abu Dhabi this long weekend: Oct 21 to 23
Experience Arabesque elegance at Asil's Saturday lunch
YOU SHOULD CHECK OUT
Our website uses cookies and other similar technologies to improve our site and your online experience. By continuing to use our website you consent to cookies being used. Read our privacy policy here.