Cardi B to Imagine Dragons: 8 celebrities that filmed music videos in Dubai

From Flo Rida to Tinie Tempah and Cardi B…

Let’s face it, if you’re a Dubai resident, it’s a bit of a guilty pleasure to know that a whole hoard of celebrities visit our glittering city almost every week. With its impressive buildings, expansive desert and picture-perfect beaches, it’s no wonder that Dubai has become the backdrop for many a famous music video too.

Here, we’ll take you through 8 famous music videos that have been filmed in Dubai…

Rapper Bugzy Malone used Dubai as the backdrop for his single Drama in 2018. He’s seen rapping from inside the golden rooftop of Gevora Hotel, which features some awesome Downtown Dubai skyline shots in the background. Additionally, he’s captured rolling up to the One&Only Royal Mirage hotel which is favoured amongst many celebrities when they visit Dubai. 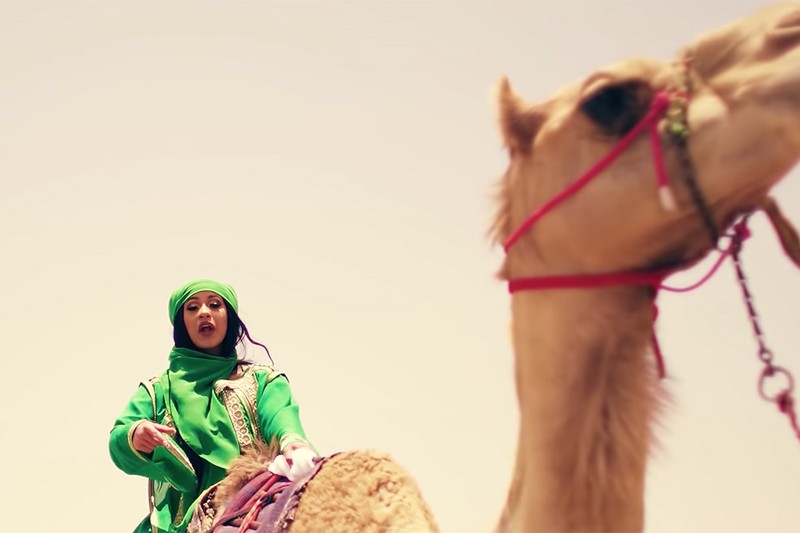 Bodak Yellow was the breakout single to launch Cardi B’s hugely successful rapping career that has seen her go from strength to strength. The video for Bodak Yellow was shot in various locations around Dubai, with Cardi B riding a camel through the desert dressed in an emerald green Abaya and red-soled Louboutin shoes. She’s even seen rapping next to a Cheetah in the video.

In 2017, American music-maker Flo Rida showcased the lavish side of Dubai in his music video for Zillionaire. The star and his female companion race supercars through the desert, drink champagne on a yacht in front of Burj Al Arab, make friends with adorable animals and hit the gym in head to toe designer outfits.

The video for Imagine Dragon’s Thunder came out in 2017 and it definitely makes the most of showing off Dubai in all its glory. From the Dubai Marina to Old Dubai, a cool aerial shot down Sheikh Zayed Road (which had to be shut down while filming took place), DIFC and some incredible Dubai skyline shots, it made us fall in love with Dubai all over again.

The video for Rita Ora’s single New Look dropped in the summer of 2019. The video features car racing scenes at Meydan Bridge with some seriously cool super cars showing off their prowess. Other shots in the video include the dunes, Old Dubai, Dubai Creek and a cool car race down Sheikh Zayed Road with the magnificent Burj Khalifa in the background.

Tiny Tempah is no stranger to Dubai, having previously held a residency at WHITE Dubai’s Disturbing Dubai night. It’s not surprising then that he chose to shoot one of his music videos here. The video for his track Flash was released in 2015 and some of Dubai’s most iconic spots are featured in it, including Atlantis The Palm, Burj Al Arab and the Meydan Racecourse.

Wiz Khalifa – So Much 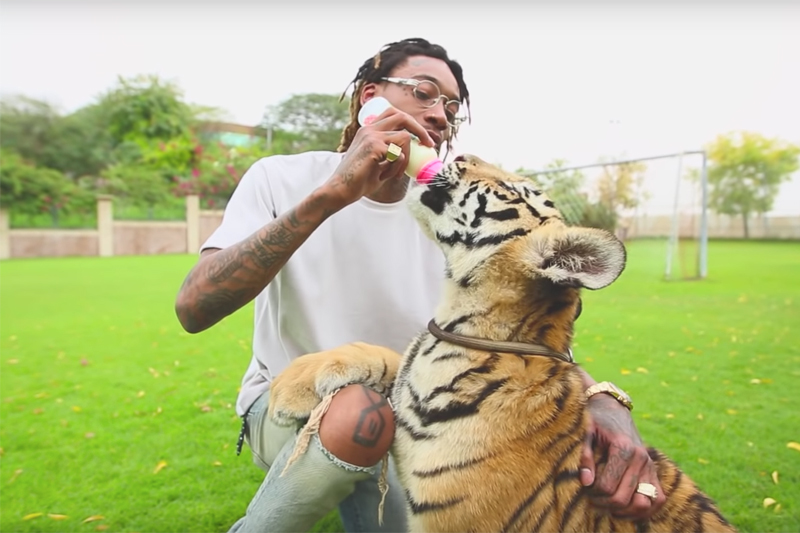 6 of the best celebrity-approved luxury hotels in Dubai

American rapper, Wiz Khalifa shot the video for his single So Much in May 2016, with Dubai providing the backdrop. From quad biking in the desert and chilling poolside to feeding tigers and giraffes, the video definitely shows off much that the city has to offer. 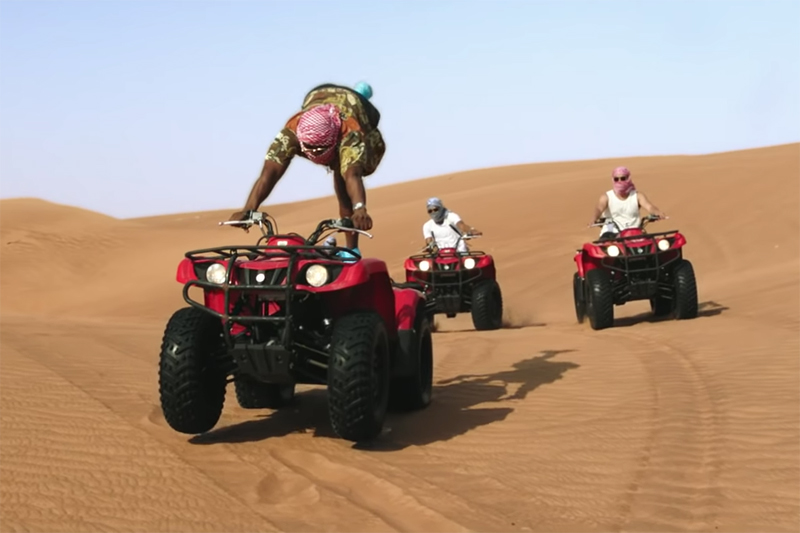 This catchy tune Bestie was a hit in 2017 and artists Yungen and Yxng Bane filmed the video for it out in Dubai. As well as riding and performing tricks on ATVs and seeing camels in the desert, they were captured visiting some of Dubai’s beaches, Dubai Marina and the Marina Mall.

Celebrities
EDITOR’S PICKS
13 Sheikh Hamdan-approved restaurants in Dubai
READ MORE
Dubai brunches temporarily banned in new preventative measures
READ MORE
12 upcoming Dubai mega-projects we can't wait for
READ MORE
17 of the best beach bars in Dubai for sundowners
READ MORE
MOST POPULAR
President Sheikh Khalifa releases 439 prisoners ahead of Ramadan
100 million meals: Sheikh Mohammed launches the largest campaign of its kind
Social by Heinz Beck transforms from fine dining to fun dining
Where can Dubai residents travel? Check out these 14 destinations
Etihad to give away 50,000 prizes as part of UAE jubilee year celebrations
YOU SHOULD CHECK OUT
Our website uses cookies and other similar technologies to improve our site and your online experience. By continuing to use our website you consent to cookies being used. Read our privacy policy here.