Could these star and oryx-gazing eco lodges be coming to Abu Dhabi soon?

Designed to get you up-close and personal with nature…

Despite recent conservation wins and successful breeding programmes carried out by The Environment Agency – Abu Dhabi (EAD) in pulling the Arabian Oryx back from the brink of extinction, the species is still officially classified as ecologically ‘vulnerable’.

To help raise awareness of the plight of this beautiful (UAE) indigenous antelope, the EAD together with Bee Breeders (an architectural competition organising firm) launched a global design challenge for the construction of a series of 25 eco-lodges, to be built within the Oryx’s natural habitat.

The Mega Dune Eco Lodge project had a brief that the dwellings should blend and reflect the surrounding area, and allow visitors to get up close to the animals, with minimal environmental impact.

There were three top prizes awarded in the competition, which the EAD will now consider for construction in the Rub Al Khali area of Abu Dhabi’s Empty Quarter. 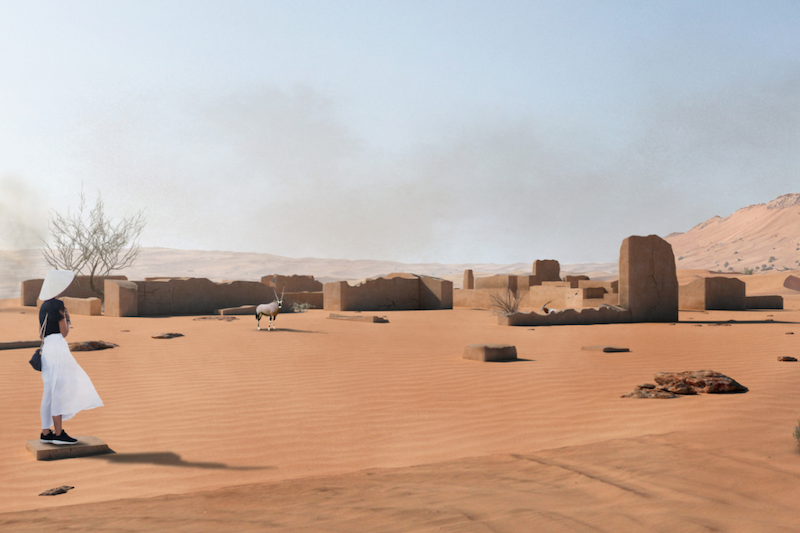 This Italian design proposes using desert sand and a 3D printer to create structures that mimic ‘ruins’. The ‘living pods’ can easily be deconstructed and moved around. The competition judges applauded the centrality of sustainability in the design, along with the overall quality of concept. 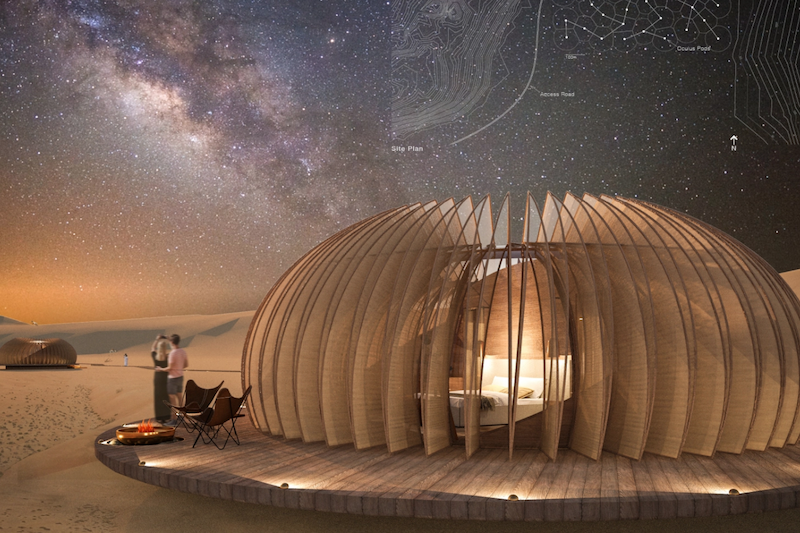 A Mexican firm came up this visually arresting idea. The design takes inspiration from the adaptability of desert wildlife, with a form that changes form between night and day to accommodate changing temperatures, and to enhance stargazing/animal spotting. The Oculus units come equipped with a ‘versatile shading system’ placed over the inner glass shell which when shut fully camouflages the domes but can be retracted to offer uninterrupted views of the Milky Way. 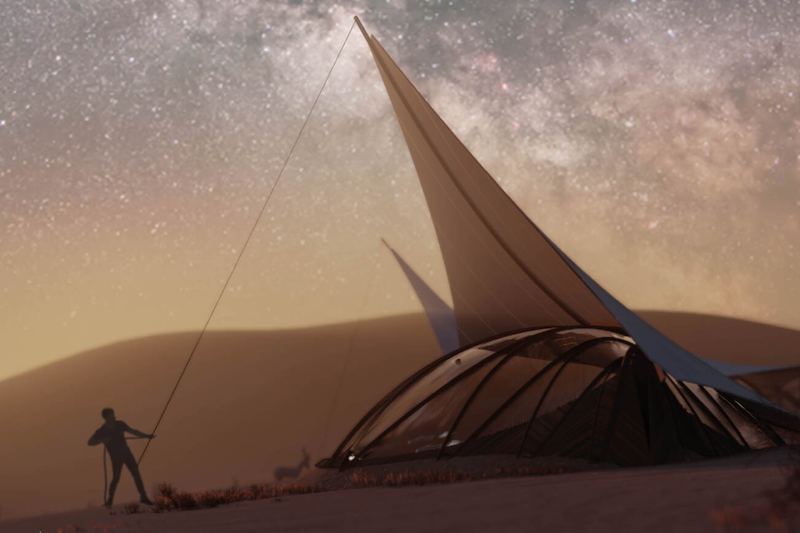 Created by a Lebanese studio, these eye-like bamboo-based dwellings come with rearrangeable sail shades that blend perfectly with the desert ecology. The shades can be positioned to deflect sun and wind and allow panoramic vistas of the surrounding area and wildlife.

As mentioned above, this project is currently in a concept-only phase — so no construction has been outlined. For something heading your way a little sooner, check out these the compound of new eco domes in Jubail Island, we got a sneaky early look at earlier this year.

Culture
Holiday
News
Travel
EDITOR’S PICKS
Here's the full list of UAE public holidays in 2023
READ MORE
23 incredible things to look forward to in the UAE in 2023
READ MORE
Hidden gems: 10 UAE desert pop-ups to discover this winter
READ MORE
Where to travel in 2023: 10 new flight routes from the UAE
READ MORE
MOST POPULAR
Win a holiday around the world with Dubai Creek Resort
16 places to get fabulous pre-loved and thrifted apparel
Celebrate the month of love at Fairmont The Palm
How to support those affected by the Turkey-Syria earthquake
Celebrate love with this Beach Resort's floating breakfast above the clouds
YOU SHOULD CHECK OUT
Our website uses cookies and other similar technologies to improve our site and your online experience. By continuing to use our website you consent to cookies being used. Read our privacy policy here.