Another huge addition to the UAE’s adventure emirate…

There’s already the world’s longest zipline, the highest restaurant in the UAE, an explorer camp from Discovery Channel’s celebrity survivalist and now another extreme attraction is coming to the ‘adventure emirate’.

Ras Al Khaimah will soon be home to an Alpine-inspired toboggan/bobsled, located on Jebel Jais mountain. If you’ve ever ridden a toboggan such as the one at the Swiss Alps, you’ll know that this attraction is going to be a thrilling experience.

Ras Al Khaimah Tourism Development Authority (RAKTDA) announced the news of the ‘Jais Coaster’ during the Arabian Hotel Investment Conference (AHIC) this week. It’s set to launch in Q2 of 2021, so we don’t have too long to wait before we can have a go for ourselves.

Jebel Jais will also be launching a pop-up hotel concept, which will open later on in 2021, featuring cliff side accommodation offering those stunning views of Ras Al Khaimah mountains. While we’re not sure exactly what type of accommodation will be offered at the hotel, we can’t wait to see how it will look when it opens next year. 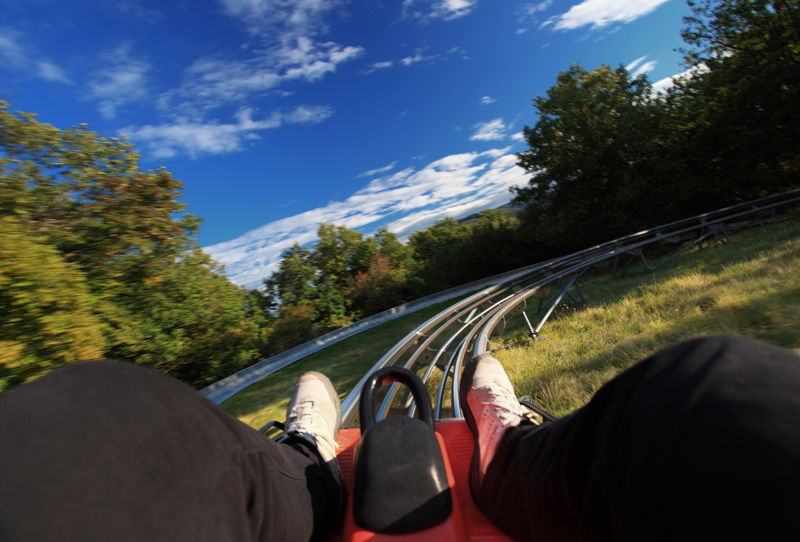 The news comes after Jebel Jais revealed the new highest restaurant in the UAE, opening this weekend. 1484 by Puro offers incredible mountain views, a wide selection of tasty international dishes and a place to come and enjoy before or after you embark on Jais Adventure Peak, home of the longest zip line in the world.

Celebrity survivalist Bear Grylls will also be putting his stamp on the mountain, with the launch of his Explorer Camp in October 2020. The camp will feature a range of survival courses from four hours up to 48, hosted by experts from the UK’s Survivor Academy.

Later next year we will also see a 20 containers launched in the camp, allowing survival enthusiasts to stay overnight with their own private barbecue and camping facilities.

Things to do
EDITOR’S PICKS
9 royal-approved Dubai restaurants
READ MORE
12 incredible rooftop pools in Dubai to check out
READ MORE
16 of the best beach bars in Dubai for sundowners
READ MORE
Covid-19 rules in Dubai: all the updates you need to be aware of
READ MORE
MOST POPULAR
Join us for a preview of Fairmont Bab Al Bahr's Valentine's dine around
Not your standard Valentine's: Reform's edible bouquets are a must for meat lovers
Covid-19: Dubai updates travel rules for inbound passengers
The W Abu Dhabi's Wet Deck pool party is absolute weekend goals
7 amazing art sculptures in Dubai you need to check out
Flash sale: 50 per cent off stays at this luxury Palm Jumeirah resort
YOU SHOULD CHECK OUT
Our website uses cookies and other similar technologies to improve our site and your online experience. By continuing to use our website you consent to cookies being used. Read our privacy policy here.