As part of the UAE’s ongoing project to create a sustainable future, Abu Dhabi’s Department of Municipalities and Transport (DMT) set a global design challenge.

The brief was to create architectural concepts that will help battle climate change in the emirate, and what is known as ‘the urban heat island effect’ (a phenomenon, to gloss over the complicated scientific explanation, in which cities tend to trap heat).

It was a welcome respite from other challenges set in 2020, there were no TikTok dance routines or spoons heaped with cinnamon amongst the 300 entries (from 67 different countries). And now the winners have been announced, each netting USD10,000 for their cool pics. 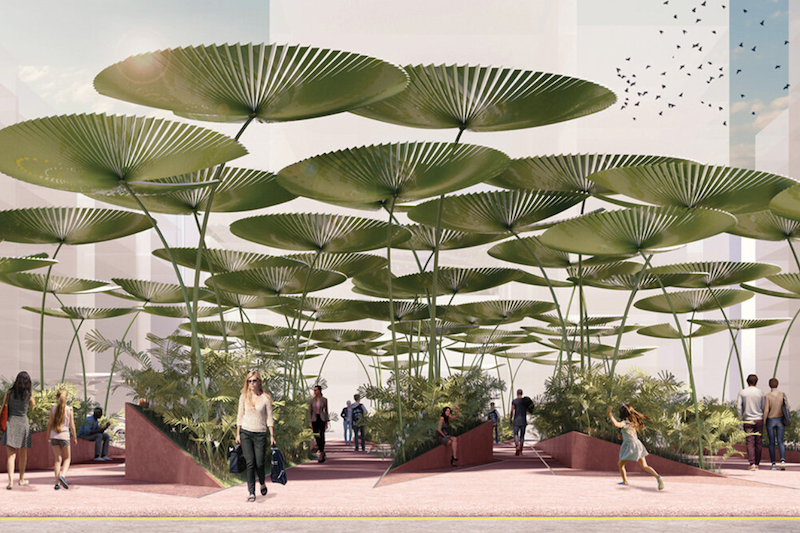 This botanically-inspired concept uses shade structures that can be folded away at night, revealing sneakily stashed leafy lamps. 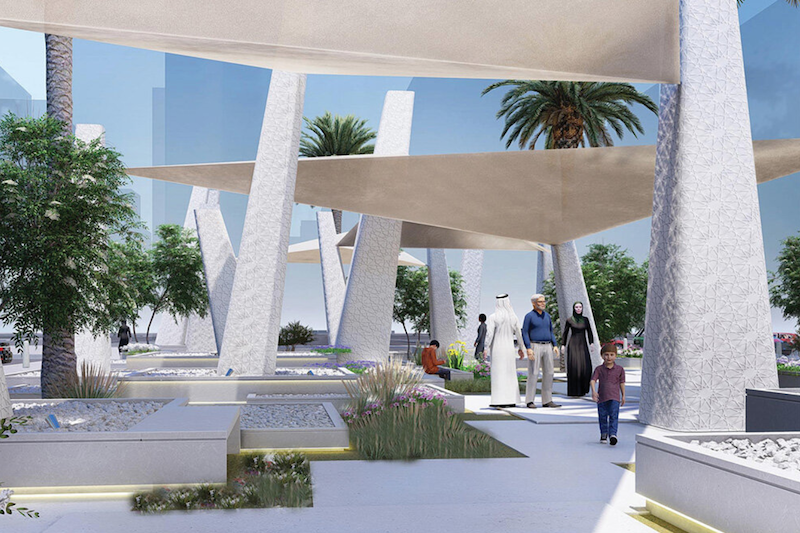 Why so salty? Because this innovative concept uses waste salt from the desalinisation process as the main building material, helping to reduce local humidity, increase thermal comfort and record a big win for innovative recycling. 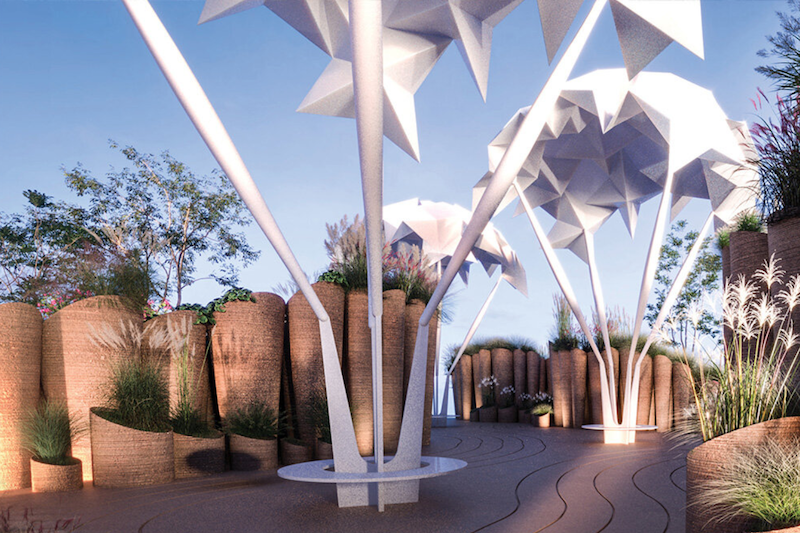 This design uses ‘biomimicry’ — imitating the structures and or processes  of nature. In this instance, it’s the Fenestraria plant. Reflective canopies and adiabatic pots help protect the area from hot winds. 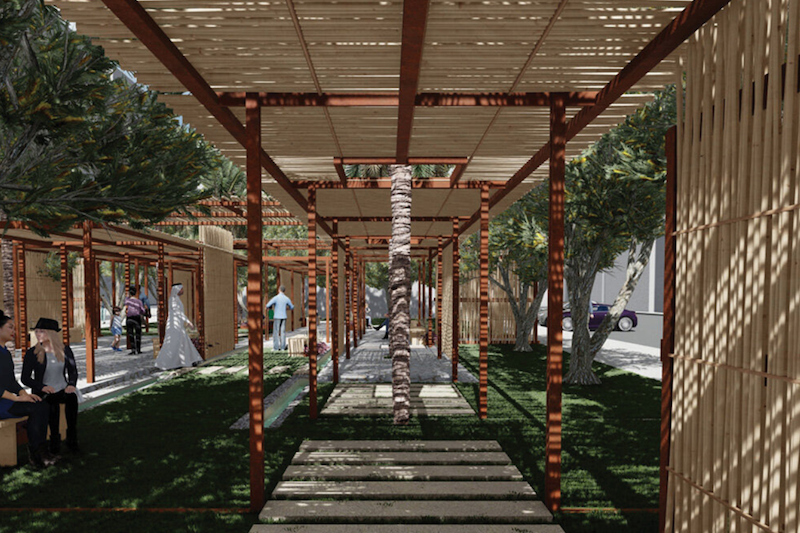 The main component of these structures is a traditional Emirati material known as ‘Areesh’, dried palm fronds. The creation of courtyards and strategically placed water features, creates an environment conducive for evaporative cooling and therefore, maximum chill. 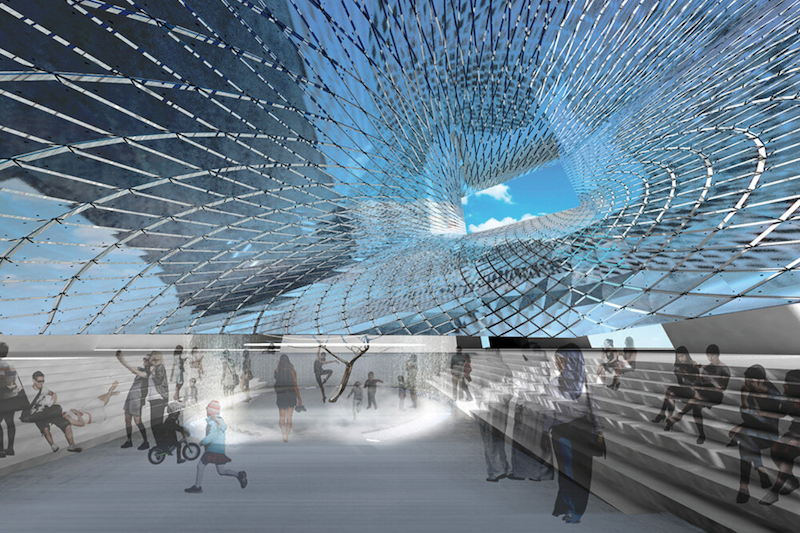 This design features a sky kaleidoscope canopy to let in light but block direct sun. It’s just in the theoretical stage at the moment, but the judging panel felt the design showed genuine promise. 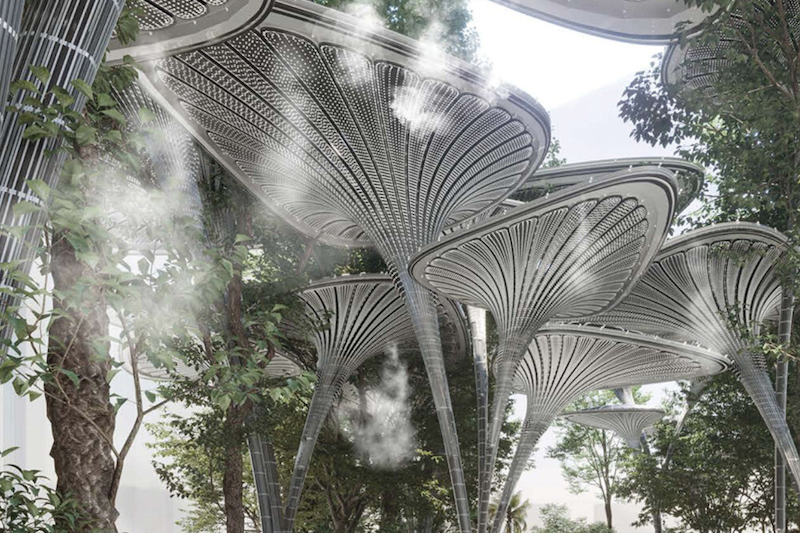 This design looks straight outta Endor, but it’s one of several entries that combines artificial canopies with natural, indigenous trees. Nature and nurture teaming up FTW. 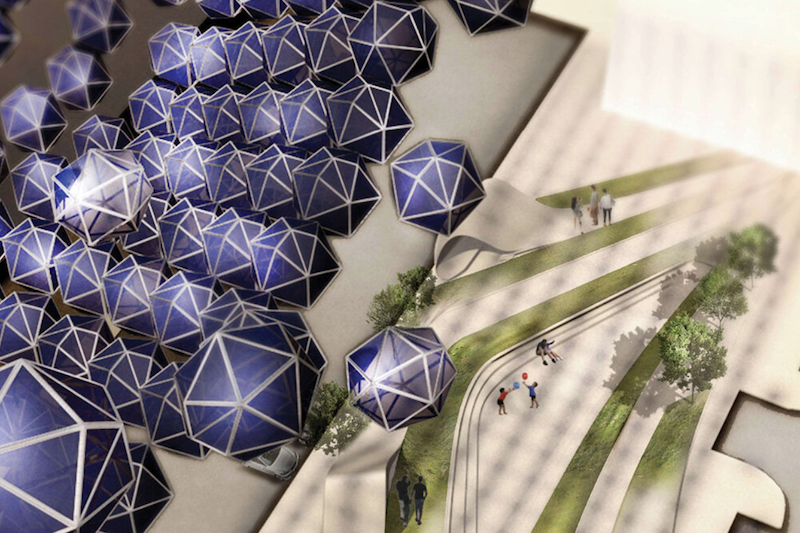 This epic locally conceived design both sounds like the title of, and looks like the cover art to, an Aphex Twin album. But the funky floating polygon ‘clouds’ are not only visually stunning, they also provide shading from direct sunlight. With literally ‘no strings attached’.

Architecture of the Void 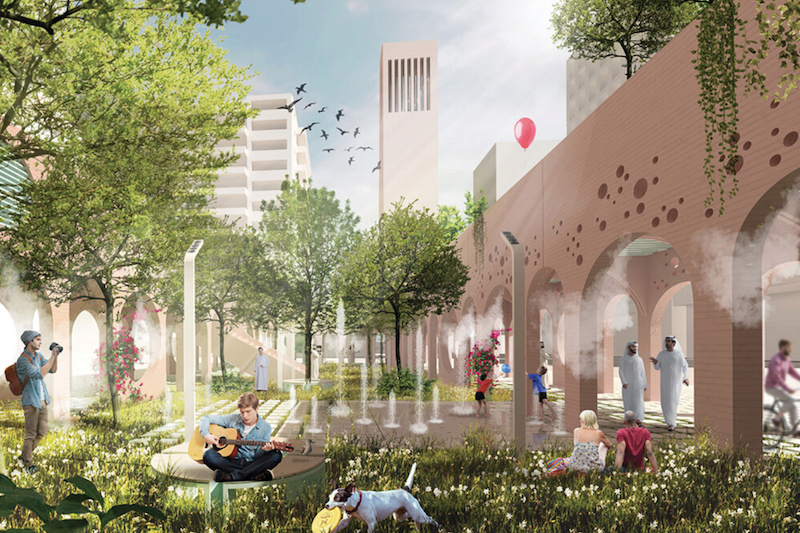 Whilst we’re on that album title tip. This project adds a few modern tweaks to the traditional designs of Middle Eastern souks and courtyards. Using low angle shading, roof gardens and the strategic planting of ghaf trees to create an abundance of pleasant shaded areas.

Baths of Our Times 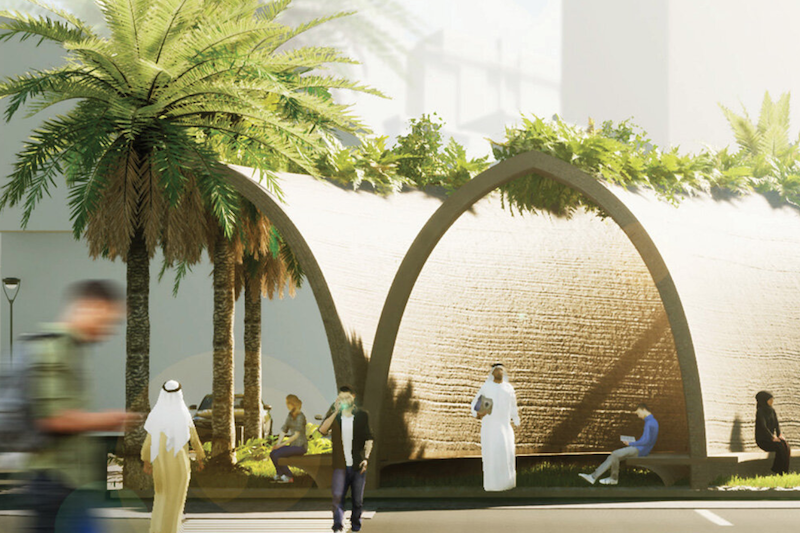 This concept develops the idea of the existing ‘sikkak’ (a type of Cool pedestrian pathway) network in Abu Dhabi. But there’s a little extra flex here, these structures can be used to harvest geothermal energy to help power the city. 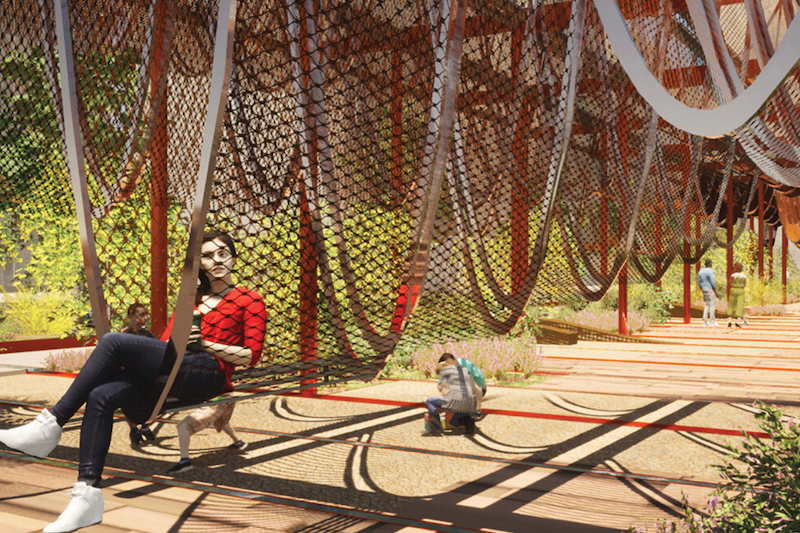 This design not only creates a groovy little hang space within its shady confinds, but also can be used in ‘fog collection’ practices.

Though there is no confirmation about when, or indeed if at all, any of these renders will be constructed in real life, the challenge was set to establish new streams of inspiration and ideas about what urban design in arid regions might look like in the future.

Culture
News
Things to do
EDITOR’S PICKS
Exclusive Reveal: Topgolf Dubai is here and ready for action
READ MORE
65 of the best outdoor bars and terraces in Dubai
READ MORE
7 brilliant dining deals in Dubai this month
READ MORE
18 of Dubai's most Instagrammable breakfast spots
READ MORE
MOST POPULAR
16 of the best beach bars in Dubai for sundowners
A new pop-up gin garden has just opened in JBR
Abu Dhabi updates testing and quarantine rules for those vaccinated
Enjoy savings on organic wine and free delivery from African & Eastern Direct
The best restaurants at The Pointe with Palm Fountain views
YOU SHOULD CHECK OUT
Our website uses cookies and other similar technologies to improve our site and your online experience. By continuing to use our website you consent to cookies being used. Read our privacy policy here.