Eat & Drink
Reviews
Things to do

West to West Kitchen is a neat little restaurant on Al Bzaymi Street in downtown Abu Dhabi. The busy kitchen dishes up a mix of West African and West Indian food for dine-in, takeaway and delivery orders.

It’s a culinary concept created by Laddi, a British expat who arrived in Abu Dhabi back in 2014. Laddi’s from a family with Sierra Leonean and Caribbean heritage, which meant he grew up around some pretty incredible food.

Flavours he realised weren’t widely available in the capital, so he set about filling that market gap.

Laddi tells us that the menu was created through careful consultation of friends and family. Authentic, family-guarded recipes right from the source. 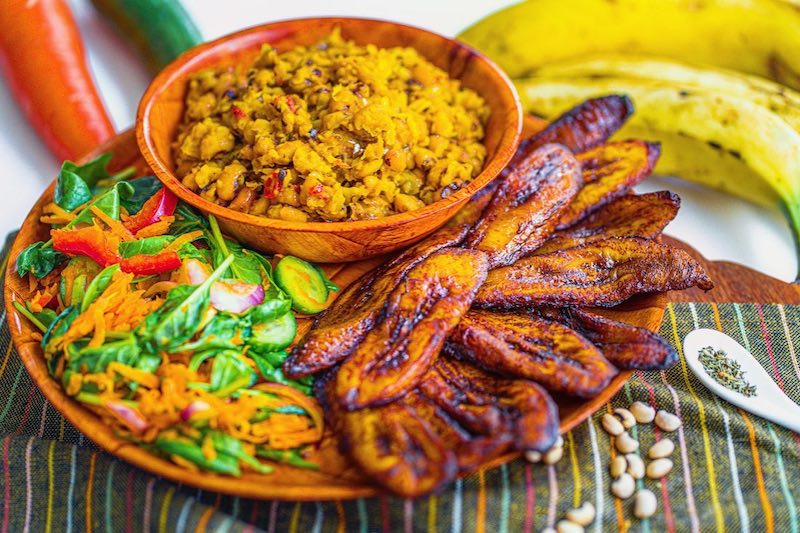 And as we sit at the diner’s smart white table, looking through the A-list of West to West’s culinary line-up, the exciting smells sneaking out from the kitchen tell us, this is going to be a feast worth going up a belt notch for.

We opt for carnival goat curry, an order of awojoh binch — an African stew, Jamaican patties, sides of plantain, rice & peas, jollof rice and some of Mama J’s Hot Pepper Sauce. Because you know we like it hot. 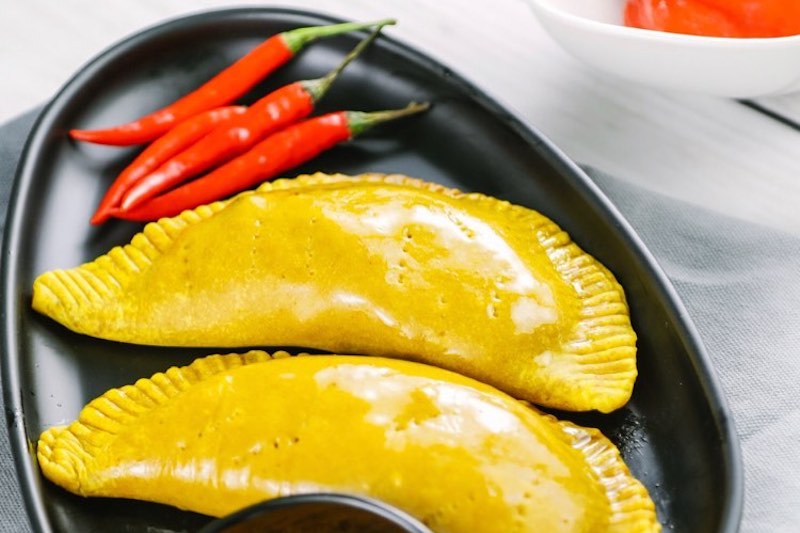 We begin with the patties, the Caribbean’s version of the empanada, or pasty — a pastry parcel containing spiced meat, and this version is packing some genuine heat. There’s an electric fiesta of flavour going on inside these tasty packages, similar to ones we’ve sampled back in the UK, but a little flex that’s entirely West to West’s own.

Purists would argue that you should never enjoy curry goat without a portion of rice and peas. And we’re not here to a pick fight with tradition. The first mouthful sends us screaming back to Notting Hill Carnival, London’s most vibrant street party filled with big sounds systems and even bigger food adventures.

The ensemble is spice-perfect and the meat, cooked on the bone (meaning you don’t have to miss out on the marrow), is as tender as you’re likely to find it anywhere. Here, central London or even island-side. 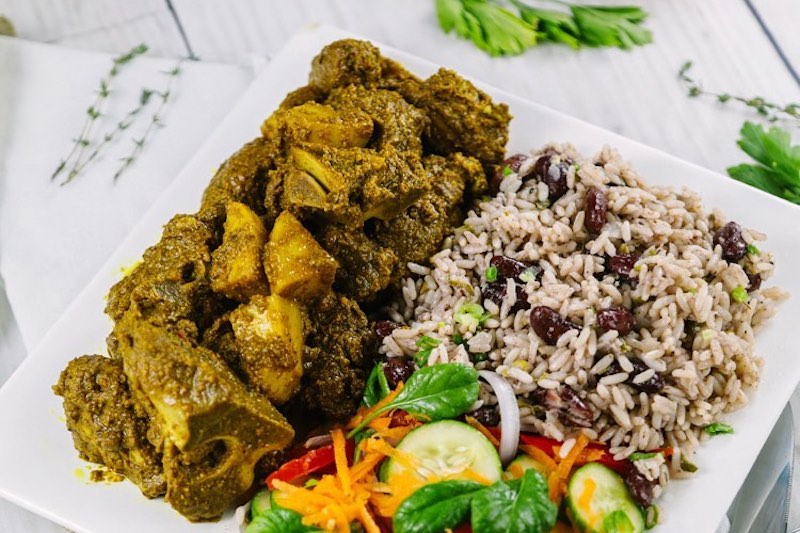 Awojoh binch is vegan-friendly Sierra Leonean delicacy, a slow-stewed black-eyed bean ode to comfort. This interpretation comes alive with an unmistakeable background glow of scotch bonnet pepper, and what we assume is sprinklings from Mama J’s secret spice cabinet.

The plantains and jollof rice come from a winning formula too and are executed faithfully.

Verdict: Despite the diminutive size of this restaurant. Everything is big here. The portions, the flavours, the characters of the staff. It’s authentic, serves great food, and for that, we’re giving it a big 4.25/5.

Eat & Drink
Reviews
Things to do
EDITOR’S PICKS
Ramadan in Dubai: 50 iftars to try
READ MORE
Where can Dubai residents travel? Check out these 14 destinations
READ MORE
Rumours, facts and reveals: New Abu Dhabi bars and restaurants
READ MORE
UAE announces reduced working hours for Ramadan 2021
READ MORE
MOST POPULAR
Looking for a long stay in a popular Dubai location? Check out Hilton Dubai The Walk...
Review: Is The Orangery your favourite new date night spot?
Deals and discounts: It's all about the ladies on Tuesdays at La Mer
Here's how you could win Dhs50 million this Eid weekend
What's On's epic Lock In staycation is returning to Dubai this month
YOU SHOULD CHECK OUT
Our website uses cookies and other similar technologies to improve our site and your online experience. By continuing to use our website you consent to cookies being used. Read our privacy policy here.