Written by:
Miles Buckeridge
5 days ago

UFC boss Dana White has landed in Abu Dhabi ahead of the Fight Island clashes, and his digs… Well, they’re a step up from the inside of an octagon.

It will be one of the first major sporting events in the capital, and pretty much anywhere else on the planet, to host spectators since the pandemic began.

A second Fight Night is scheduled on Wednesday, January 20, and then on January 23, we get to see the long-awaited return of ‘The Notorious’ Conor McGregor as he takes on former Interim UFC Lightweight Champion Dustin Poirier.

Tickets for some events are still available on the etihadarena.ae and ticketmaster.ae websites.

There’s no surprise about where the fight teams are staying for their affraycation. Since the first ‘safety bubble’ Fight Island, set up in July 2020, the brightest and best of the MMA world have dropped-anchor in the super luxurious, gloriously eccentric W Abu Dhabi — Yas Island. 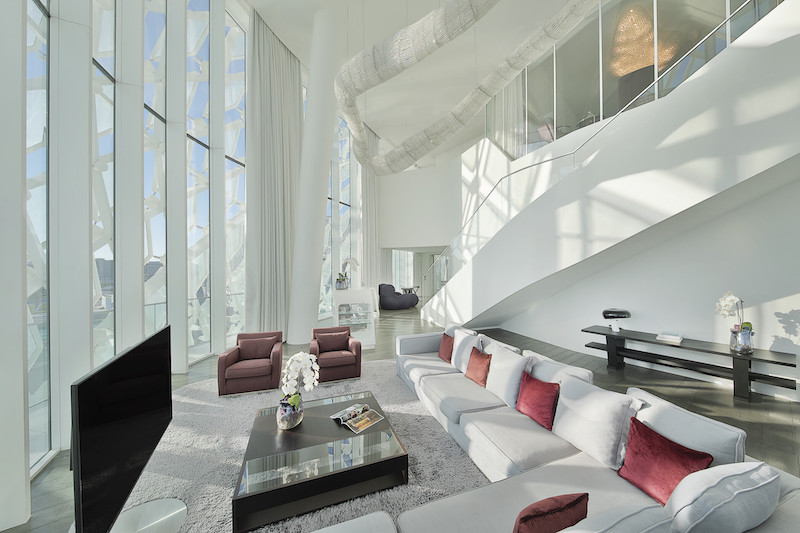 But of course the top prize, in terms of room categories, has to go to the boss man, the charasmatic Mr Dana White. And he kindly gave us a tour around his EWOW suite on his social media channels.

Disclaimer — there’s a brief moment of strong language so sound off if you’re around those with sensitive ears.

Proof if ever it were needed, tough guys eat gummy worms too.

You can book your own stay in W Abu Dhabi — Yas Island at marriott.com

Celebrities
News
Sport & Fitness
Things to do
EDITOR’S PICKS
Bla Bla: Dubai's huge new beach club is set to open this Thursday
READ MORE
16 of the best beach bars in Dubai for sundowners
READ MORE
Watch: A look inside Conor McGregor's Dhs20,000 per night Dubai villa
READ MORE
Where to get the Covid-19 vaccine in Dubai, Abu Dhabi and across the UAE
READ MORE
MOST POPULAR
Conor McGregor shares Abu Dhabi yacht snaps ahead of UFC clash
Discover Mall of the Emirates' cool new concept store, THAT
Check out these incredible images of Dubai's 'Love Lakes'
Short+Sweet Dubai is back for its ninth year starting this weekend
Get Dhs25 drinks at STK's new happy hour (plus 3 other hot deals to try)
YOU SHOULD CHECK OUT
Our website uses cookies and other similar technologies to improve our site and your online experience. By continuing to use our website you consent to cookies being used. Read our privacy policy here.