Sharjah’s emergency crisis and disaster team has joined forces with the Air Wing Department of the General Directorate of Security Support at the Ministry of Interior, and the Sharjah Police force, to launch a Covid-19 awareness campaign, using drones to enforce social distancing and deliver public safety messages.

Sharjah Police Headquarters shared a video of the drones in action, via their social media accounts.

According to Wam news agency, police patrols will be using drones to broadcast direct awareness messages, in addition to conducting air patrols to monitor compliance with preventive and precautionary measures. The campaign hopes to limit the continued spread of Covid-19, and preserve the health and safety of society, said the report.

Drones are being deployed in 35 zones across the emirate of Sharjah, using a multilingual campaign that covered industrial sites and mosque courtyards before and after prayers.

In addition to broadcasting the key messages, the Air Wing Department has begun conducting patrols and taking aerial photography. According to Wam, the aerial patrols will monitor Sharjah residents’ “commitment to precautionary measures”, and report direct and live to the Central Operations of the Sharjah Police for monitoring, follow-up and evaluation. 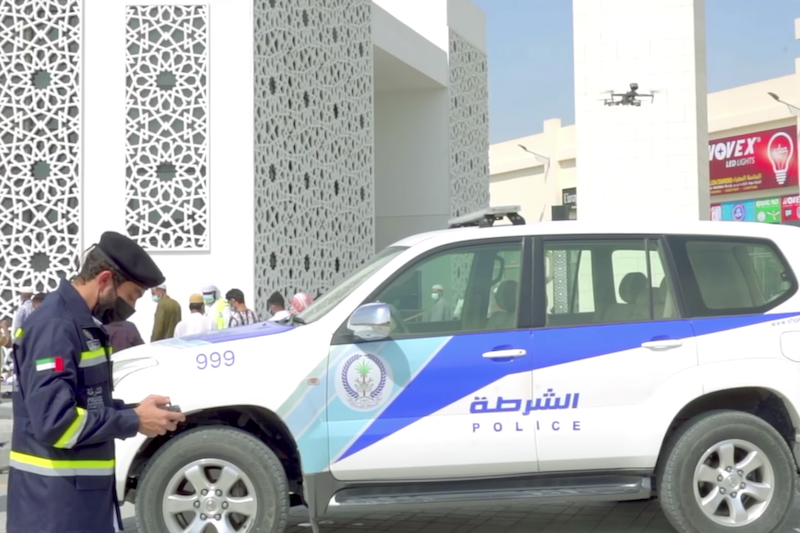 Cinemas, entertainment centres, gyms and fitness centres are capped at 50 per cent capacity. Malls and shopping centres have a maximum capacity of 60 per cent. There must be a space of two metres between restaurant tables, with group sizes capped at four (except for family members).