The money is all going for charity…

Last month, Sacha Jafri was awarded a Guinness World Record for ‘The Journey of Humanity’ – a beautiful work of art that scales 17,176.6 square feet created by the British artist and philanthropist to raise money for charity.

The charitable initiative ‘Humanity Inspired’ went on auction at Atlantis, The Palm on March 22 with an aim to raise more than 110 million dirhams. 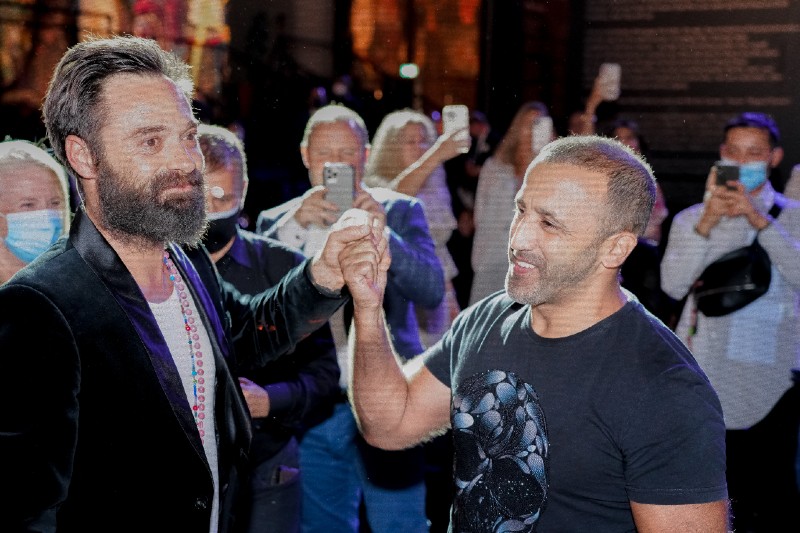 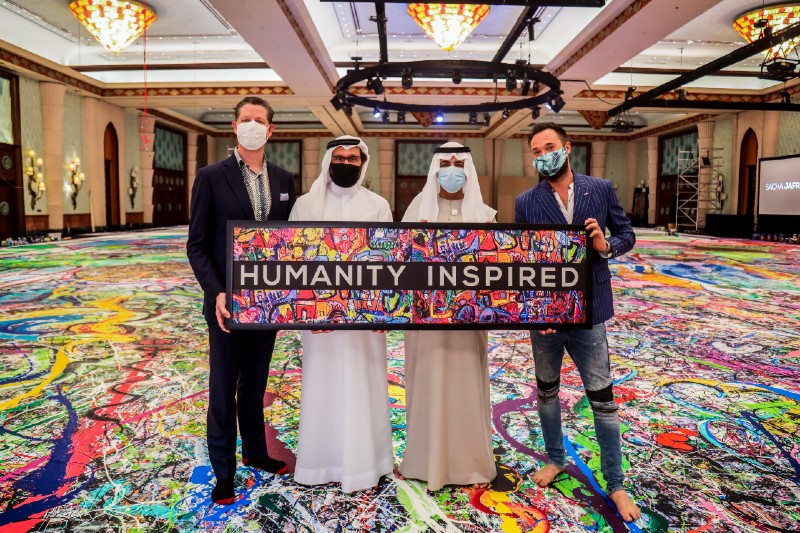 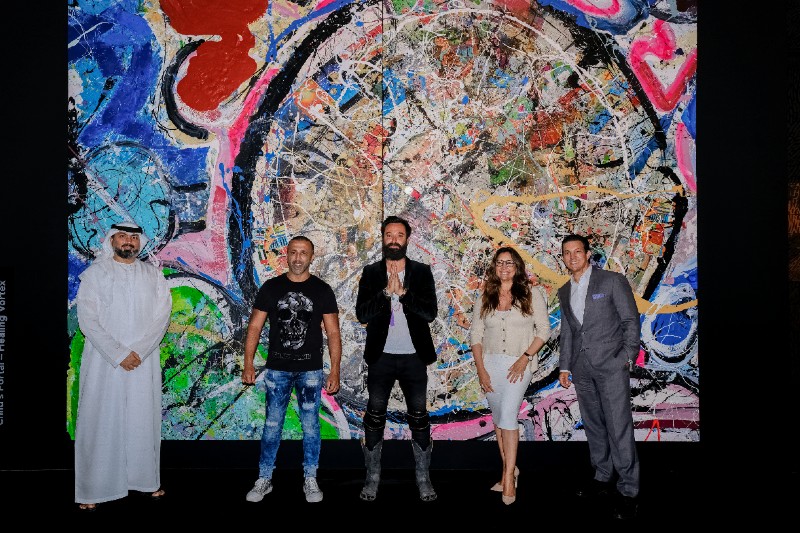 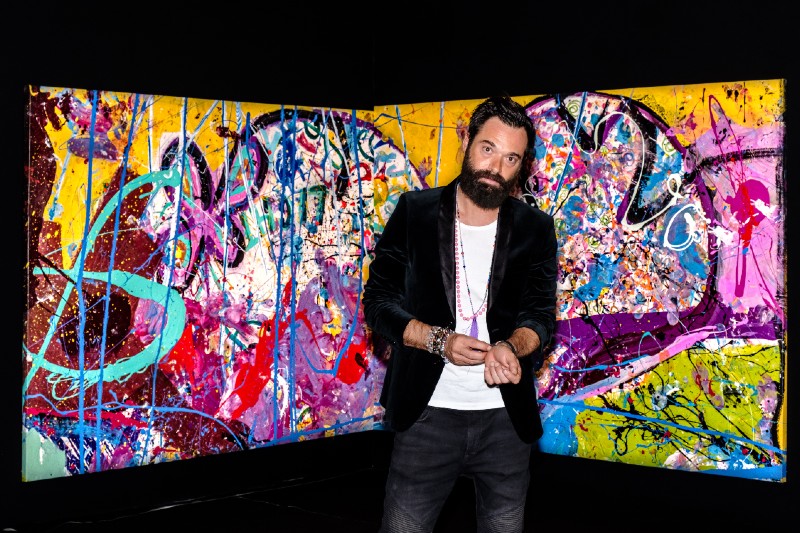 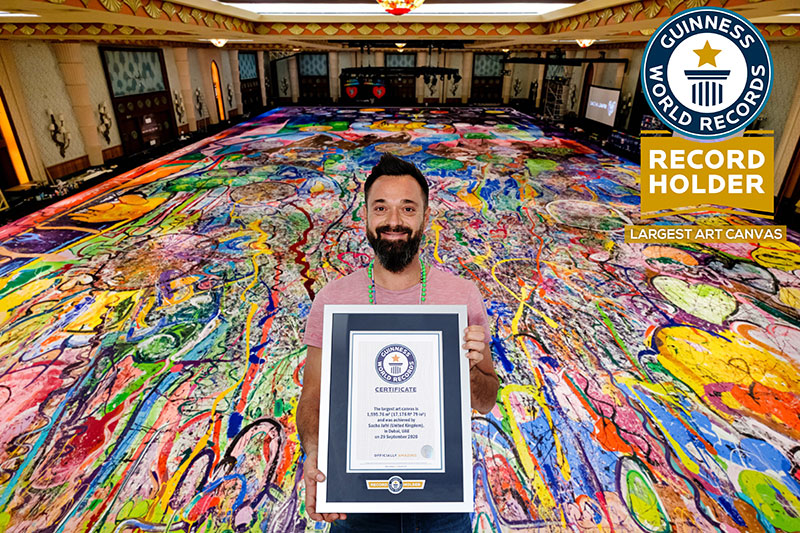 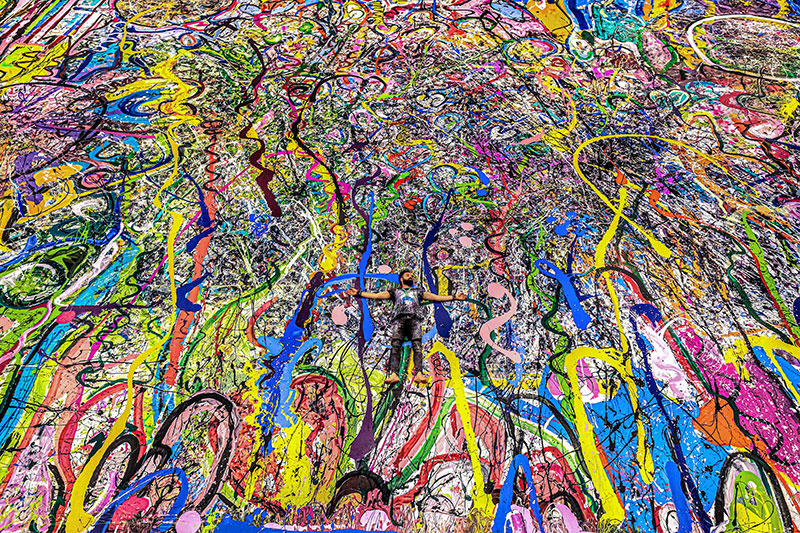 It was originally meant to be broken down into 70 pieces which were to be auctioned off throughout the year. However, surpassing expectation, the whole canvas was purchased by one bidder named Andre Abdoune right here in Dubai for Dhs227,757,00 – double the amount it had originally aimed for.

The money will be given to charities that support children around the world most affected by the pandemic.

The new owner Andrea who is the chief executive of Altius Gestion International Holding stated, ‘It was my dream in my life to do something amazing for my children, for my father. I talked with Sacha and I discovered the investment and love he put into this painting was so amazing,’

He stated that all he wanted to do in life was to help children.

Sharing his story, he said ‘When I was a child, I had nothing to eat. Now I have something to eat. We all have to do something. Every dollar can mean something. If we do it together, we give hope to these children and their future.’

Thanking His Highness Sheikh Mohammed Bin Rashid Al Maktoum, Vice President and Prime Minister of the UAE and Ruler of Dubai for his efforts to help children, he added, ‘The UAE shows us the way, we have to follow it. The impossible is possible. I want to say that this is just the first step for “Humanity Inspired,”’ 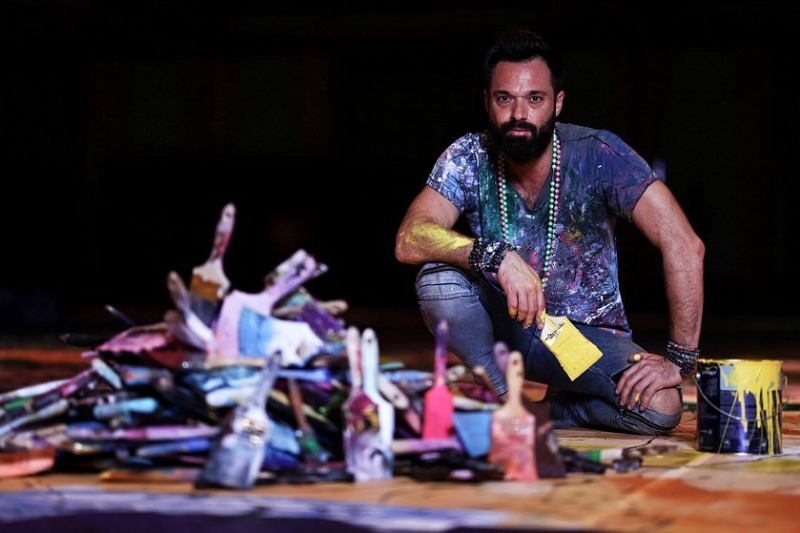 At the auction, two highly valued and sought-after collector pieces were also sold including the ‘Brushes Piece’ – an artwork created by Jafri of the original brushes used in the creation of the record-breaking masterpiece as well as the clothes worn by the artist during the painstaking seven-month-long process.

Dubai Cares is one of the initiatives that will receive the donation.

Dr. Tariq Al Gurg, Chief Executive Officer at Dubai Cares and Member of its Board of Directors stated, ‘This initiative by Sacha Jafri serves as a powerful testament to the strength of human collaboration and will always remind us of the beautiful outcomes we can achieve if we come together with a shared vision for a better world,’

Dubai Cares will now route the funds raised during the historical auction to “Humanity Inspired’s” beneficiary partners including UNICEF, UNESCO and The Global Gift Foundation.

Dubai Cares will use the funds for different programs aimed at addressing issues related to children’s digital access to connectivity and learning, as well as healthcare and sanitation.

The artist worked twenty hours a day for seven months total to complete this work of art. He used 1,065 paintbrushes and a whopping 6,300 litres of paint. And if you want to view select pieces from the record-breaking artwork, you can visit the Leila Heller Gallery, the largest in the UAE, located at the Alserkal Avenue, Dubai.

Art
Culture
EDITOR’S PICKS
Ain Dubai will open with fireworks, live music and a drone show
READ MORE
Incredible Aura SkyPool to open in Palm Tower this November
READ MORE
Brit Grand Slam hero Emma Raducanu confirmed for Mubadala Tennis
READ MORE
What’s On Nightlife Awards 2021: Here are the nominees...
READ MORE
MOST POPULAR
Nancy Ajram and Ragheb Alama are performing at Expo 2020 Dubai in November
Miami Beach-inspired luxury resort Th8 Palm is opening in November
Watch your next film under the stars as outdoor cinemas return to Dubai
This new ladies' night offers a free open bar every Tuesday
This Sicilian rooftop party brings Godfather glamour to Dubai
YOU SHOULD CHECK OUT
Our website uses cookies and other similar technologies to improve our site and your online experience. By continuing to use our website you consent to cookies being used. Read our privacy policy here.