New vegan menus, desserts and restaurants in Dubai to try

There are plenty of options in Dubai to get vegan food. But if you’re looking for a new spot or some new dishes to try, take a look at this list below.

From new menus to dishes and restaurants, here are some places you need to visit with your vegan friends. 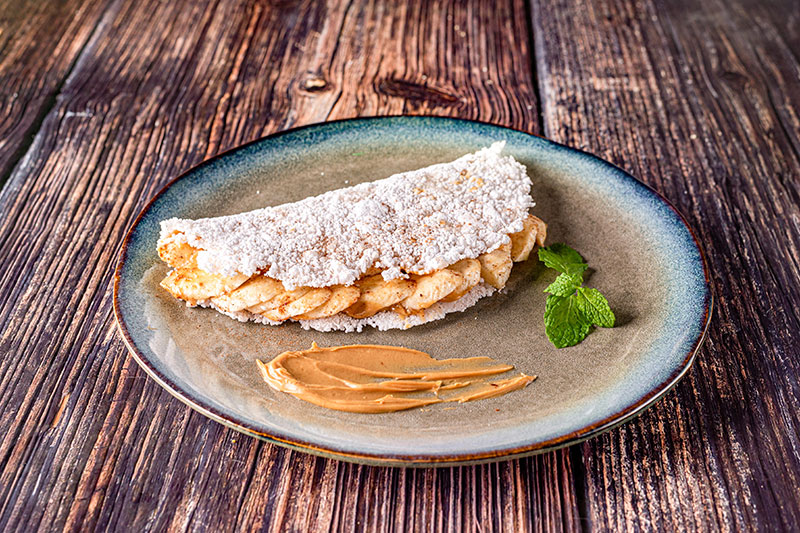 The menu at Amazon Cafe boasts quality Brazilian Acai but it has a number of options for vegans, too. Their latest additions include a Veggie Beyond Burger, an Amazone house salad and tapioca crepe. 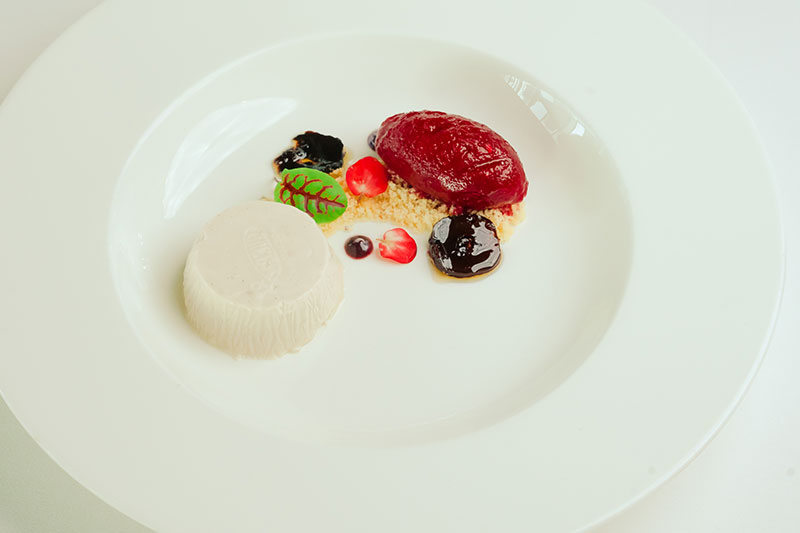 Located at Pier 7, Atelier M has launched a new vegan menu this month featuring ten dishes. Vegans will be able to tuck into dishes like roasted cashew agnolotti, polenta and more. For dessert, options include pumpkin meringue, lemon tart and more. 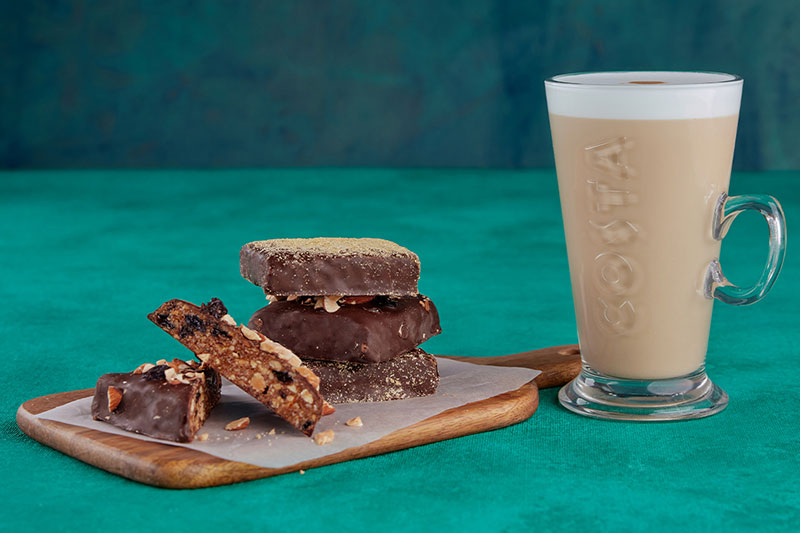 Available at all Costa Coffee branches in UAE 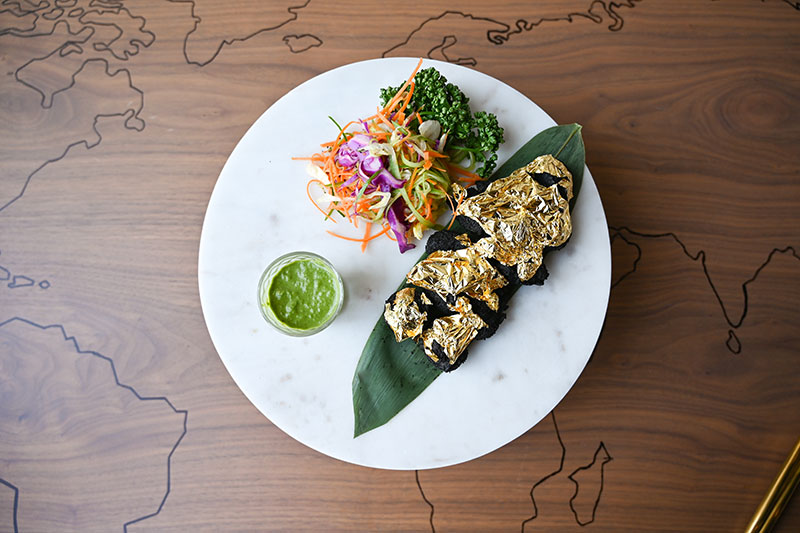 Dubai’s latest foodie hotspot Dishtict has a variety of delicious drinks to offer on its menu and there’s plenty for the gluten-free and vegan folks, too. There’s vegan tacos, 24 karat vegan chicken, a signature red curry flatbread, falafel bao, and much more. 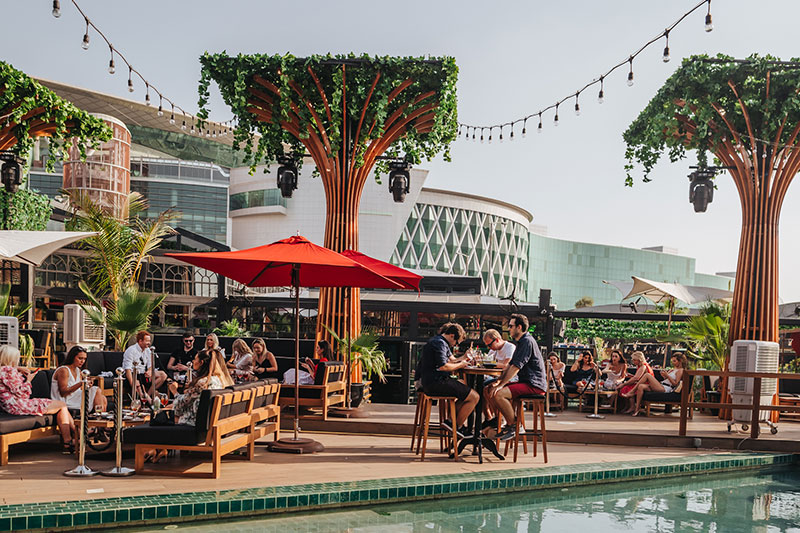 Foxglove and Soho Beer Garden have launched an all-new vegan menu including the Soho dirty burger, which comes with a Beyond Meat patty, layered with melted vegan cheese, lettuce, tomato, crispy onion rings, and homemade ketchup, served on a toasted bun with vegan truffle fries. There’s also a vegan cheesy pizza, a meatless fettuccini, and other meatless options to pick from. 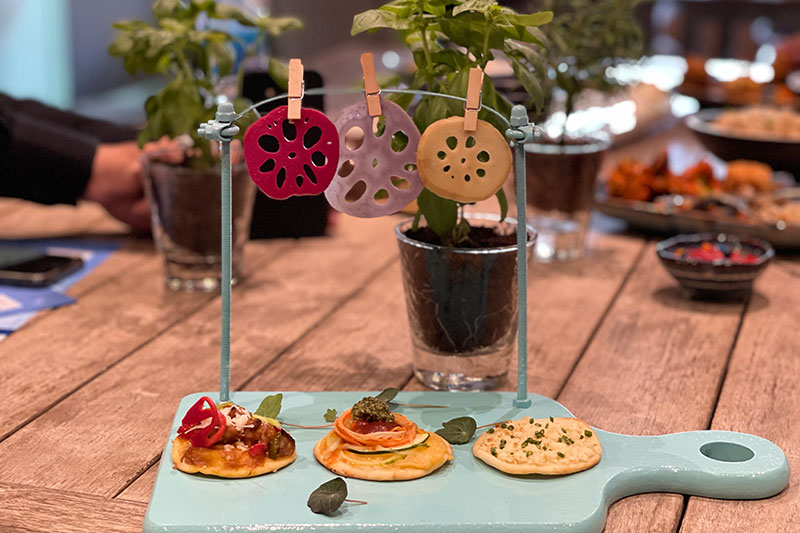 This vegan restaurant occupies two floors of a villa in Jumeirah. Some highlights on the menu include shades of greens, love peace and beet, truffle mac and cheese stacks, Chick N BLT burger, Thai yellow curry pizza, plant-based country curry, bun less burger and more – all obviously plant-based. All sauces and food are prepared in-house to make sure they are fully vegan, and, of course, as nutritious and nourishing as possible. You’ll also be able to sip on cool craft cocktails and other fresh drinks. Read more here. 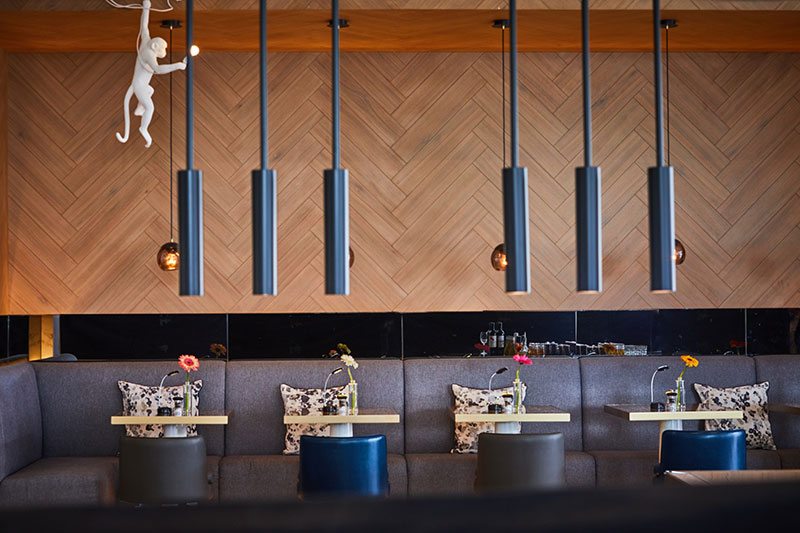 This popular restaurant at Media One in Dubai Media City has a new menu with vegan, gluten-free and vegetarian options available. Dishes include crispy potatoes, calabrese focaccia, burrata, mushroom gnocchi and more. 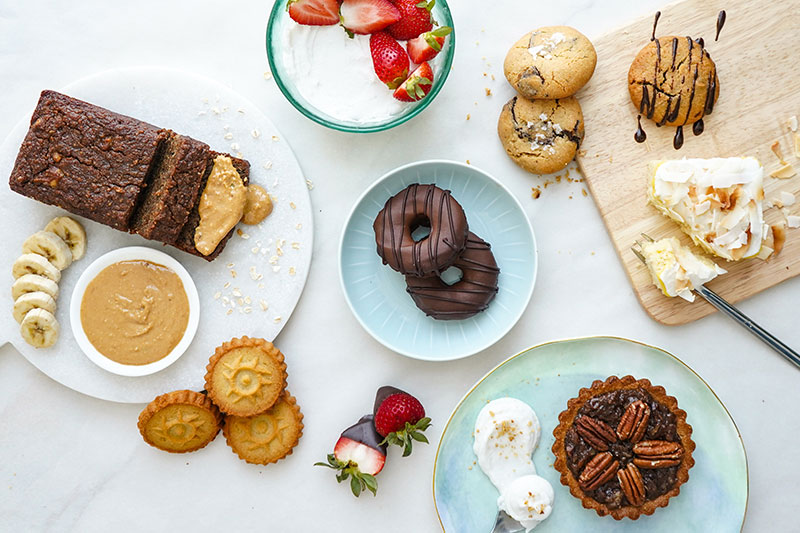 Formerly known as Honey Melts, Majama is a home-grown dessert brand in the UAE serving up ice creams, cakes and cookies that are all free from dairy, gluten and sugar. Ice cream flavours include chocolit dynamite, mango django and more and for cake and cookie fans, there’s banana bread, double chocolate and more.

Available across all Emirates via Deliveroo and majama.shop 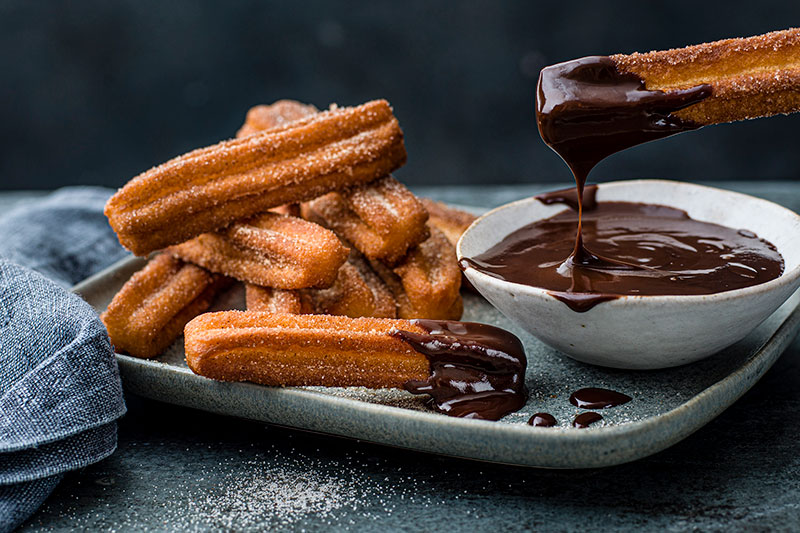 Marks & Spencer has expanded its Plant Kitchen BBQ offering. Vegans can now indule in over 25 vegan versions of customer favourites such as streaky bacon, chorizo puppies and more. For the sweet tooth, there are churros raspberry jelly terrine and more.

Available at stores across Dubai and a select line is available on the M&S Food, el Grocer, Deliveroo and NowNow apps 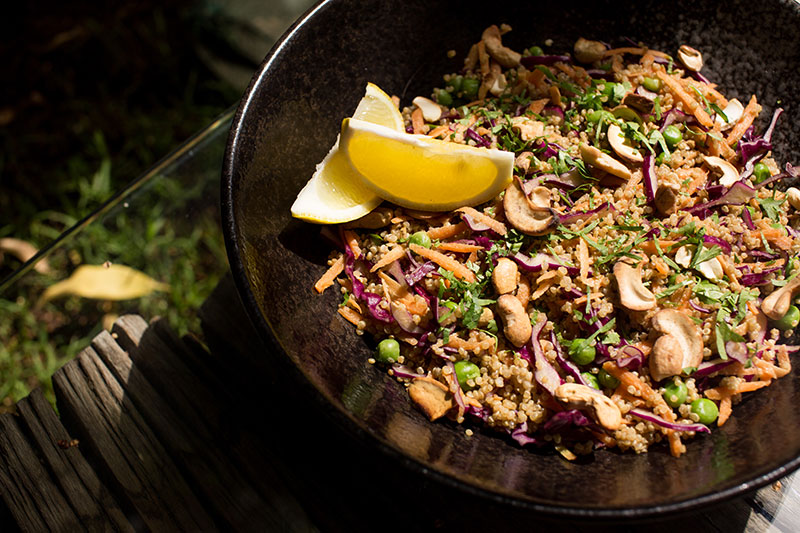 SEVA Table has created some delicious vegan dishes that will be available only during Ramadan. There’s a curry rainbow salad, a no tuna sandwich, masala chai porridge, and matcha tiramisu. 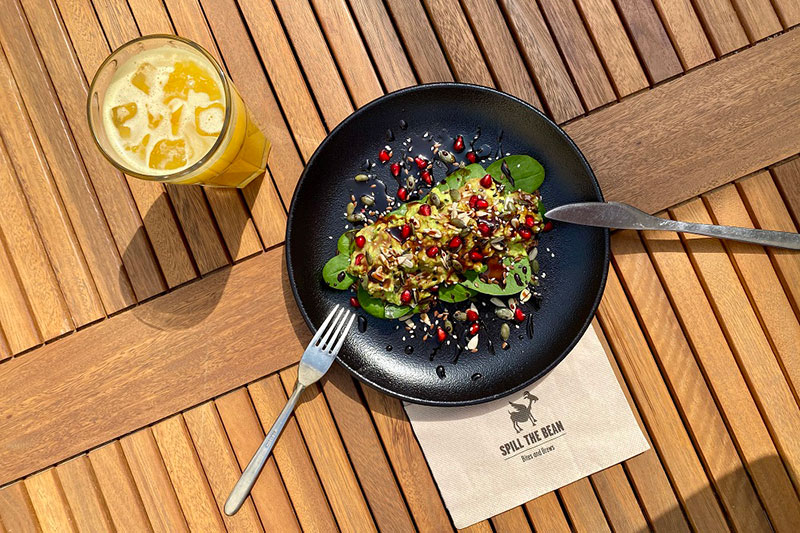 Spill The Bean has launched a new vegan menu with 30 plus dishes. Breakfast items include vegan shakshuka, omelettes, pancakes, and more and the regular menu has vegan salads, salads, and sweet treats. 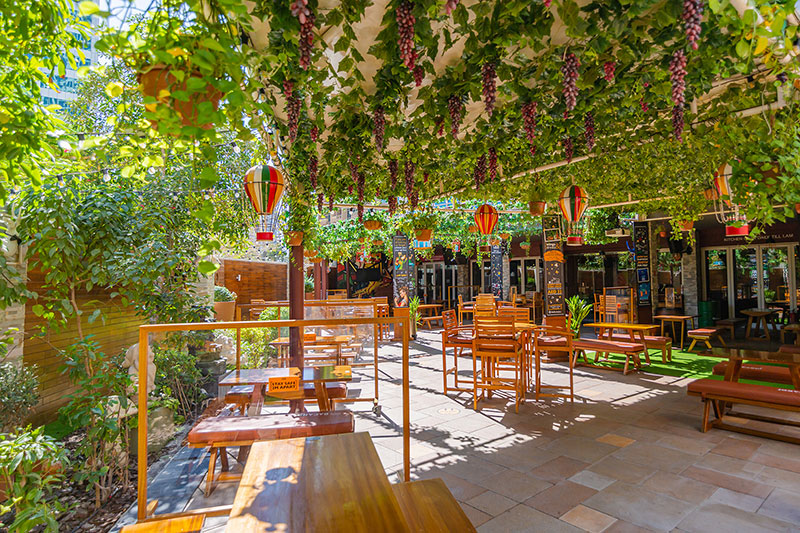 ubk has partnered with new plant-based brand – Flora Plant to promote vegan options in Dubai’s dining scene. There’s Flora Plant vegan truffle pasta you can try for your mains and the Flora Plant vegan apple tart for dessert. Other vegan items are also available such as Beyond Meat hot dog, Beyond Meat burger and more. Throughout the month of April, you can avail a 20 per cent discount on all vegan dishes.

Eat & Drink
Healthy
Restaurants
Things to do
EDITOR’S PICKS
Ramadan in Dubai: 50 iftars to try
READ MORE
Where can Dubai residents travel? Check out these 14 destinations
READ MORE
Rumours, facts and reveals: New Abu Dhabi bars and restaurants
READ MORE
UAE announces reduced working hours for Ramadan 2021
READ MORE
MOST POPULAR
There's a 30 per cent sale taking place during the long weekend on LegalHomeDelivery.com
Pics of the week: Your best photos of the UAE
Here's why you need to visit Mimi Kakushi's new Friday lunch
New films to watch in cinemas this week: May 13 to 19
Torno Subito's new lunch menu offers a quick mid-week vacation
YOU SHOULD CHECK OUT
Our website uses cookies and other similar technologies to improve our site and your online experience. By continuing to use our website you consent to cookies being used. Read our privacy policy here.