Best of
Sport & Fitness
Things to do

See the magical fountain show from a completely different angle…

If you have a Dubai bucket list there’s bound to be a dancing fountain show on there somewhere. Whilst for many years, Dubai Fountains at The Dubai Mall have been the star attraction, since The Palm Fountains launched at The Pointe on the Palm Jumeirah, they’ve been a massive hit.

Now you can see the spectacular Palm Fountains up close and from a completely different angle as a new floating platform has been erected in the water surrounding The Pointe. The new platform, which is free to visit, is brought to you by global sporting powerhouse Adidas as part of its adidas x Parley ‘Run for the Oceans campaign’. 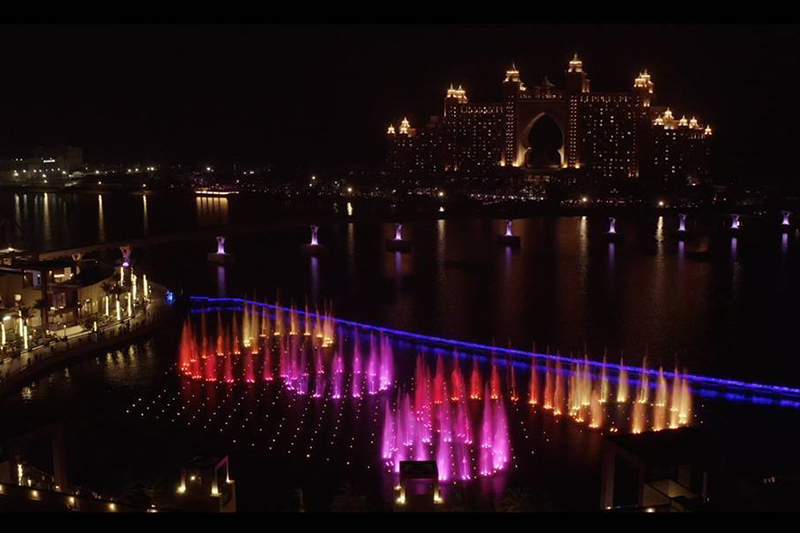 The floating track stretches 250km across the water. It’s free and open to the public every day from 6pm to 12am until June 8, so make sure you time it right to catch one of the dazzling dancing and musical fountain shows which run every half hour from 7pm right up until 1am, each day.

The global ‘Run for the Ocean’ campaign, which is back for its fourth year, aims to ‘urgently address the potentially devastating levels of marine plastic pollution in the oceans’. You’re invited to Unite and Run for the Oceans between May 28 and June 8 by signing up and tracking your runs via the adidas Running app. For every kilometer run, adidas will clean up the equivalent weight of 10 plastic bottles, up to a maximum of 500,000lbs. 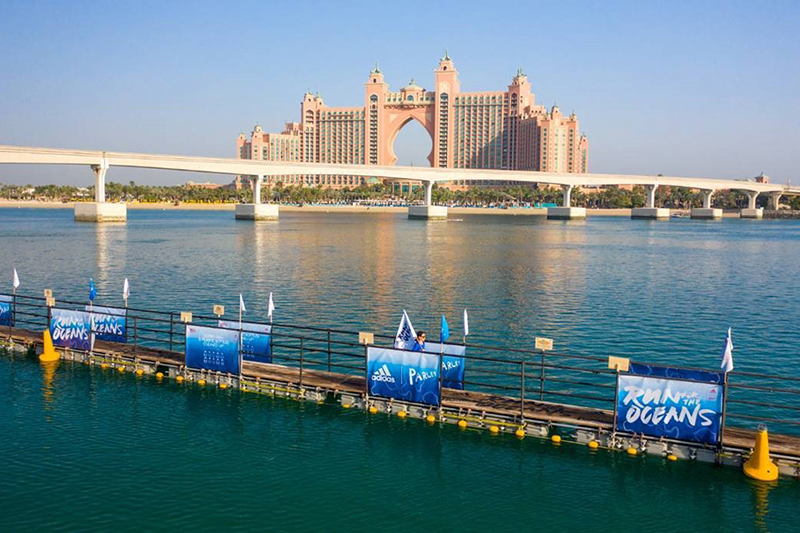 The floating walkway can be accessed from the eastern side of The Pointe, from the entrance in front of LadBurger. Educational touchpoints will be stationed along the platform to inform visitors about the importance of uniting together to end plastic waste pollution.

Find out more about the adidas x Parley Run for the Oceans campaign here.

Best of
Sport & Fitness
Things to do
EDITOR’S PICKS
Here's the full list of UAE public holidays in 2023
READ MORE
23 incredible things to look forward to in the UAE in 2023
READ MORE
Hidden gems: 10 UAE desert pop-ups to discover this winter
READ MORE
Where to travel in 2023: 10 new flight routes from the UAE
READ MORE
MOST POPULAR
Ras Al Khaimah Fine Arts Festival returns this weekend
The best new bars in Dubai
15 Dubai pool and beach passes that are all fully redeemable
Try something new: 21 brilliant new things to do in Dubai
Dr Who, C3PO, Andy Serkis and more celebs confirmed for Comic Con
YOU SHOULD CHECK OUT
Our website uses cookies and other similar technologies to improve our site and your online experience. By continuing to use our website you consent to cookies being used. Read our privacy policy here.