Drumroll please, the next featured act for the Regional Artist Spotlight is...

Jara is one of the Kingdom’s only female rappers and her music is taking the region by storm. Rapping in English, Arabic and Swedish, Jara’s vibe is unlike anything we’ve seen before. Through her music, lyrics and self-expression, Jara is paving her own path in the urban hip hop scene. In defiance of categorisation and arbitrary labels, she aims to tell fearless tales in the face of change. Jara is in the midst of putting the final touches to Diggity – a new song, which will be released soon. Her latest track, 966, a reference to the kingdom’s telephone code, was released to celebrate Saudi National Day in true Jara style… 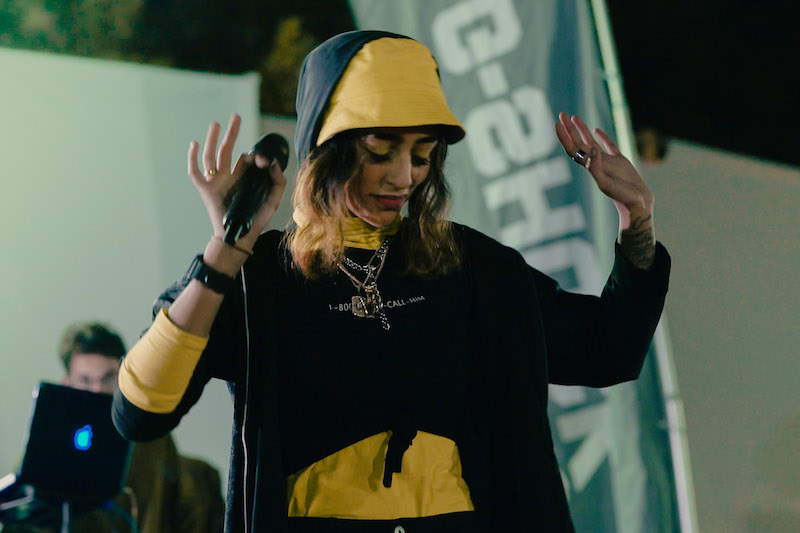 What’s On: How did you first get into music?

Jara: It was by chance and very unexpected, to be honest. Unlike most of the artists I know, I was never really a big hip hop head – I actually started listening to rap pretty late. When I first moved to Sweden a few years ago that’s when it started. I guess the solitude I dealt with there got me into writing everything I was feeling. Then it just evolved, from me just talking to myself in my head, to me talking out loud, to freestyling, and flowing and it kind of just happened.

WO: How would you describe the music that you make?

J: I’m still in the process of exploring different genres and styles right now, and I’m trying to push myself out of my comfort zone. I think the music I make, and will make, will always keep evolving. I’m always adapting, morphing and shifting into different versions of myself and whatever mood I’m feeling at the time definitely translates through my music. So, I would say the music I make is pretty diverse and always susceptible to change. 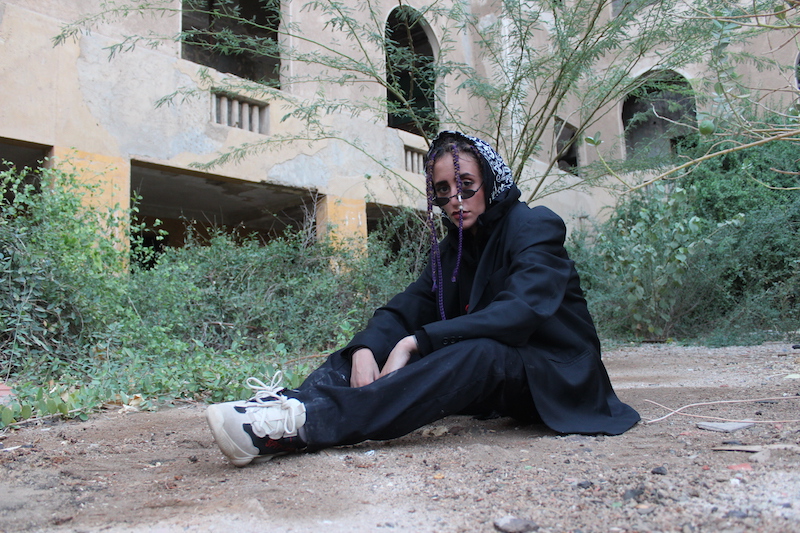 WO: Who are the artists, or people, who inspire you?

J: Since making music for me is more about the messages and power it holds, I listen to other artists like Joyner Lucas, Kendrick Lamar, Eminem and NF. I try to focus on their lyrical word play and try to absorb that knowledge and channel it through my art. Music is about more than just having something to bop your heard to – it’s about moving people and using your platform for a greater purpose.

WO: What are your latest musical accomplishments?

J: I’m currently shooting my upcoming music video for Diggity, which will be out Eid 2021. Other than that, I would say being a part of Spotify’s Sawtik campaign for female artists and being on billboards all around the MENA region was pretty dope.

WO: What is your creative process like? Has it changed since the pandemic?

J: I would say my process varies. Sometimes I would sit alone for a few hours, play instrumentals/beats and come up with two or three songs. Most of the time, I’m usually looking for inspiration so whenever something hits me I’d always keep a note of it for later. In terms of the actual process, it’s always just me and myself. I prefer being alone because that’s when I come up with my best work.

WO: Where have you performed?

J: I’ve done a few small performances in Jeddah, Riyadh and Stockholm. I’m sure being on huge stages would be a whole other experience.

WO: What are your latest releases?

J: My latest release was a song I made for Saudi National day, 966. The whole message behind it was to highlight the diversity and show the fusion of cultures and races we have here. It’s my way of debunking the stereotypical assumptions people have about Saudi. I really wanted to merge the underground urban scene with the more cultural parts of Saudi.

WO: What does your involvement in the Regional Artist Spotlight mean to you?

J: Honestly, it’s beyond surreal. It usually takes me a while to let things sink in and I’m mad honoured and grateful to get this exposure and support for real.

WO: What is your top 5 after-party playlist?

J: When I Grow Up by NF; Burna Boy’s JA ARA E; Otis by Jay-Z, Kanye West and Otis Redding; Rae Cragun’s On My Way and Praise The Lord (Da Shine) from A$AP Rocky and Skepta.

Culture
EDITOR’S PICKS
Ramadan in Dubai: 50 iftars to try
READ MORE
Where can Dubai residents travel? Check out these 14 destinations
READ MORE
Rumours, facts and reveals: New Abu Dhabi bars and restaurants
READ MORE
UAE announces reduced working hours for Ramadan 2021
READ MORE
MOST POPULAR
Torno Subito's new lunch menu offers a quick mid-week vacation
It's official: Eid Al Fitr will start on Thursday May 13
Looking for a long stay in a popular Dubai location? Check out Hilton Dubai The Walk...
Review: Is The Orangery your favourite new date night spot?
Deals and discounts: It's all about the ladies on Tuesdays at La Mer
YOU SHOULD CHECK OUT
Our website uses cookies and other similar technologies to improve our site and your online experience. By continuing to use our website you consent to cookies being used. Read our privacy policy here.