Update: The train that will link all seven emirates to Saudi Arabia

News
Things to do
Transport

The UAE is not a nation that shies away from a grand engineering project, if anything, it steams towards them with the thundering purpose of a one-track freight train.

It’s appropriate then, that one of its most ambitious travel projects is the 1200km long Etihad Rail network. Once completed it will stitch the seven emirates together with a passenger and freight transport track, taking the service from the Eastern seaboard of Fujairah, right up to the very edge of Saudi Arabia. 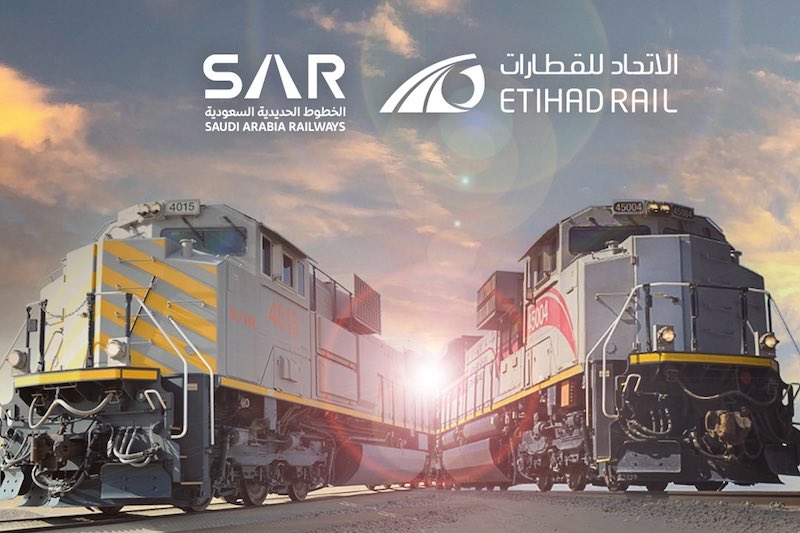 Further down the line (sorry) the project is expected to go beyond the UAE’s borders, linking up to an international platform with other Gulf states. A strategic agreement between Etihad Rail and Saudia Arabia Railways has already been agreed in March of this year.

All aboard the eco train

The Etihad Rail project began in 2009 and the first phase, which covers a stretch of track between Shah and Habshan to the port of Ruwais in the Al Dhafra Region of Abu Dhabi, became operational in 2016.

Since opening, it’s already ferried about 36.9 million tonnes of granulated sulphur. We hear you. That isn’t the most glamourous cargo in the world. We’d love to say it was diamond studded helicopters or fictional Belgian detectives solving elaborate ‘whodunnits’, but the important thing is that these are rail journeys that have translated into removing two million truck trips from the road. 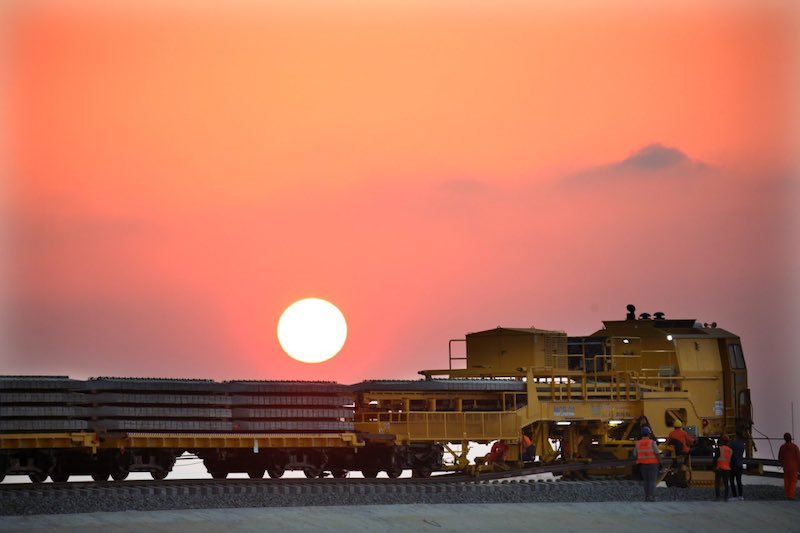 That’s a net reduction in carbon emissions of around 70 to 80 per cent, and a big part of what Etihad Rail is all about. Yes eventually people, including Belgian detectives, will be able to use the service as a convenient method of inter-city transport, but we think you’ll agree the freight wins, are a great start.

Work on the second phase (which is split into Packages A, B, C and D) began at the beginning of 2021 and is where things get exciting for the other emirates. Some of the stops along the journey will include Abu Dhabi, KIZAD, Khalifa Port, Jebel Ali Port, Dubai, Sharjah, Ras al-Khaimah and Fujairah, linking with the existing line at Ruwais, effectively uniting the major industrial ports and trading centres of the country.

The Al Maha Forest area for example is home to a number of important species in the UAE, including the Arabian oryx, antelopes and bustard birds. Located in Abu Dhabi, the forest stretches over 5.5km alongside the Package B route and will hopefully afford some incredible animal spotting opportunities along the way.

Etihad Rail avoids crossing breedings sites; it uses noise control tech to limit sound levels, and has committed to only using the horn in emergencies; there’s a vegetation replanting scheme; the track is lined with special fencing and has made provision for 10 camel underpasses, 22 gazelle underpasses and 78 reptile underpasses so far; the locomotives also conform to Tier 3 (EPA) engine emission levels, which is a good thing for everyone.

UPDATE: Package A of Stage Two continues to progress! Watch as Project Manager Saqqaf Al Attas give us a virtual tour around Package A and describes its progress. The package extends over 139km, connecting the UAE with Saudi Arabia and the rest of the GCC. pic.twitter.com/hyMpf2y4Mt

UPDATE: Engineer Ahmed Al Hammadi updates us on the progress of Package B, which extends from Tarif to Saih Shuaib across 216km. 50,000 concrete sleepers have been produced and are waiting to be laid across our network. pic.twitter.com/b8OS6EZWbQ

Package C will be critical in connecting the main industrial and population centres of Dubai with the rest of the emirates and the GCC rail network by rail. Through the UAE National Rail Network, Etihad Rail is connecting the emirates together. pic.twitter.com/ZqjmibZ6WW

Package D of Stage Two connects the emirate of Fujairah to the rest of the UAE. Eleven tunnels are being excavated with a total of 6.9km using blast-tunneling technology to sustainably build tracks by digging through the mountains, alongside bridges and underpasses. pic.twitter.com/hoXkgp2d6N

News
Things to do
Transport
EDITOR’S PICKS
Ain Dubai will open with fireworks, live music and a drone show
READ MORE
Incredible Aura SkyPool to open in Palm Tower this November
READ MORE
Brit Grand Slam hero Emma Raducanu confirmed for Mubadala Tennis
READ MORE
What’s On Nightlife Awards 2021: Here are the nominees...
READ MORE
MOST POPULAR
Free parking announced in Dubai on Thursday, October 21
Atlantis the Palm's Culinary Month is back with some amazing restaurants
7 fun spots to celebrate Halloween in Dubai with the family
The best places to watch the spectacular Ain Dubai fireworks show
This brunch serves up delicious Arabic dishes and non-stop captivating entertainment
YOU SHOULD CHECK OUT
Our website uses cookies and other similar technologies to improve our site and your online experience. By continuing to use our website you consent to cookies being used. Read our privacy policy here.