The footage shows this cosmic event in unprecedented levels of detail…

The images below are an artist’s impressions of Mars’ Discrete Aurora, the planetary phenomenon picked up in detail for the first time by the Hope Probe. 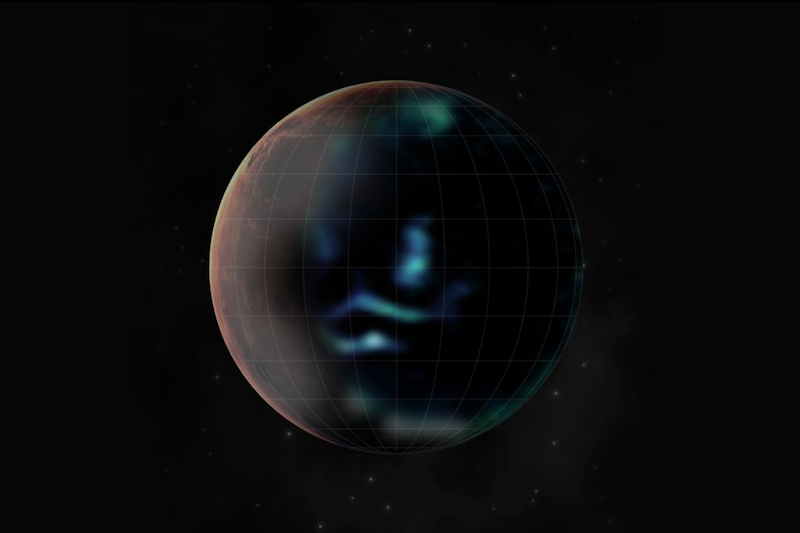 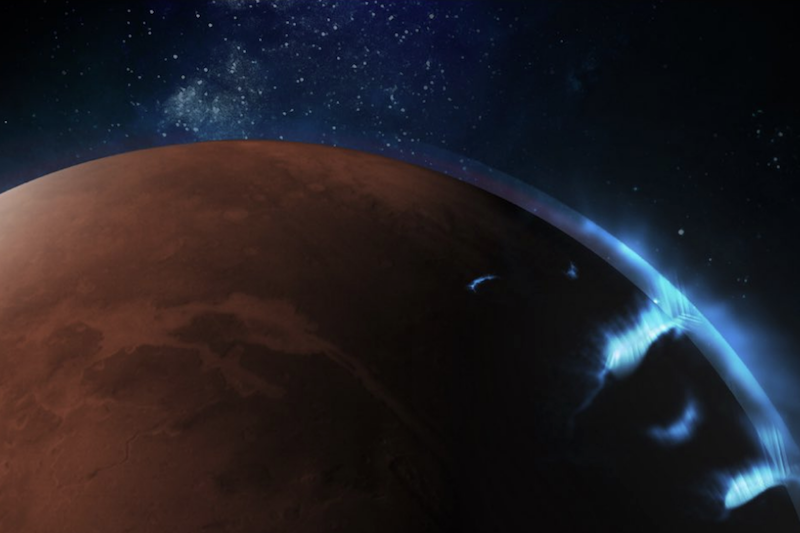 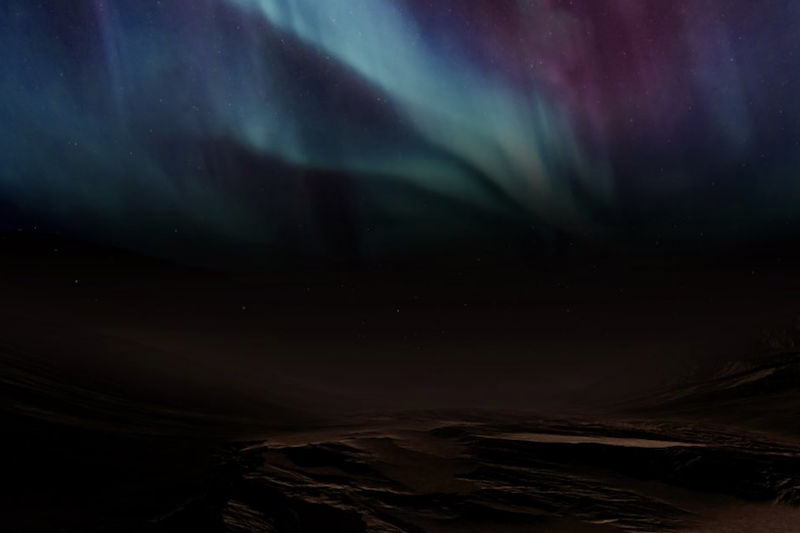 What are these Martian lights?

Under certain conditions, magnetised materials in Mars’ crust guide charged particles up into the atmosphere which smash into gas molecules, exciting them in a luminescent reaction that results in a pretty wild light display.

This impromptu science lesson was clumsily adapted from a series of Tweets curated by the Hope Mars Mission team.

They explain: “The full set of data collected during these observations include far and extreme ultraviolet auroral emissions which have never been imaged before at Mars. The beacons of light that stand out against the dark nightside disk are highly structured discrete aurora”

These three images of atomic oxygen emission at a wavelength of 103.4 nm from the planet Mars were obtained by the Emirates Mars Ultraviolet Spectrometer instrument on 22 April, 23 April, and 06 May 2021 respectively. pic.twitter.com/YDFOAOm4et

Though in reality the majority of these sorts of Martian Aurora would not be visible to the naked eye (theoretically though, it is possible for the display to extend into the visible spectrum), the Hope Probe was able to take these images using special equipment.