A completely spoiler-free movie review of The Suicide Squad

Now showing at cinemas across the UAE…

Ever since the Dark Knight Trilogy wrapped up with Bruce and Alfred exchanging wry nods on the terrace of a Florentine bistro, the DC Extended Universe (DCEU) has struggled to fill its super suits with anything resembling form.

Save for occasional ‘flashes” of light, the films that make up the Snyderverse and Justice League series have been met with a tepid response from critics, and mixed reactions from fans. Despite all its comic-adaption, Jared-Leto as the Joker, bad-guys-gone-good potential, 2016’s Suicide Squad (written and directed by David Ayer) was received in much that same way.

The Marvel Cinematic Universe on the other gauntleted-hand however, has been on something of a streak. Despite racking up a tally of 24 movies, the IMDB score for any individual outing hasn’t dipped below 6.9 in over a decade. 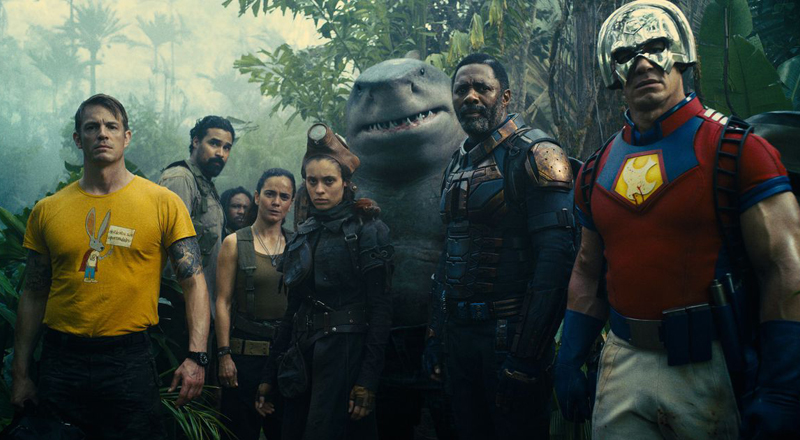 Bringing a Gunn to a knife fight

Part of Marvel’s success has undoubtedly been in picking the right men and women for the scripting and directing of their projects. And one of the brightest stars in their universe, is James Gunn with his cast-perfect, swashbucklingly stellar interpretation of the Guardians of the Galaxy saga.

Gunn’s relationship with Marvel owners Disney however took its own plot twist, when a collection of his early Tweets featuring decidedly ‘risky humour’ (from around 2009) surfaced. Hitting headlines shortly after Roseanne Barr’s Fox dismissal for her own bizarre Twitter meltdown, the House of Mouse had no choice but to, and we apologise for this but… fire Gunn. 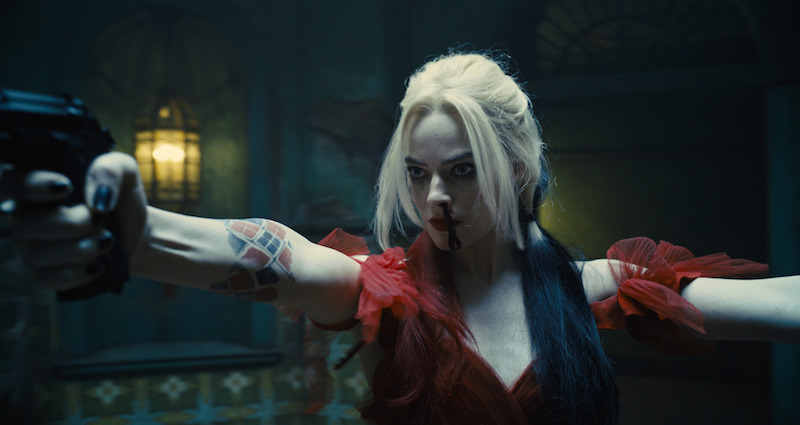 Trigger pulled, Gunn went to a dark place. In a frank interview with Deadline, after the event, he said “That first day… I’m going to say it was the most intense of my entire life … It happened, and suddenly it seemed like everything was gone. I just knew, in a moment that happened incredibly quickly, I had been fired. It felt as if my career was over.”

Gunn has since been reinstated as the helmsman for Guardians of the Galaxy Vol 3 (following a loud and impassioned petition from fans, actors and industry big wigs), suggesting perhaps that there is a road to redemption for those that are sincerely apologetic about their past indiscretions.

But it was a DC project that first pulled Gunn back in from the cold sunless world of the cancelled. 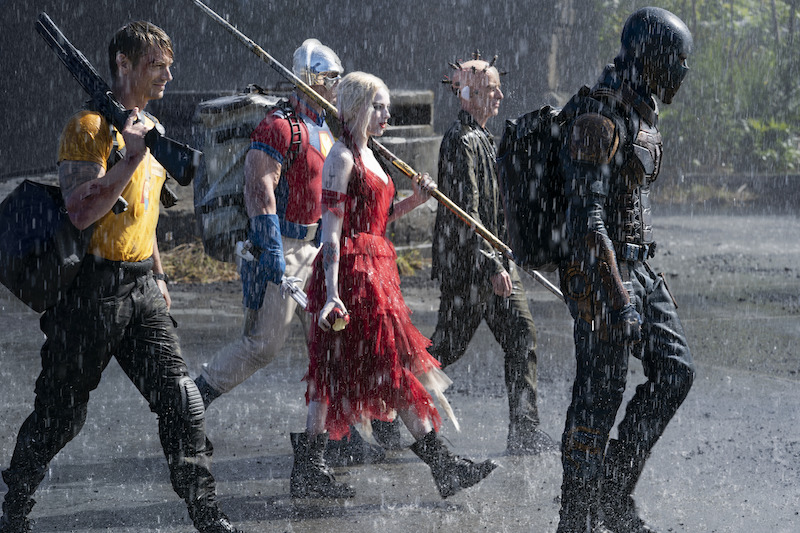 Talks with Warner Bros. initially seemed to link Gunn with a Superman reboot, but the director, a  longtime fan of the Suicide Squad comics favoured the idea of breaking a collection of DC’s most ethically dubious scallywags out of Belle Reve for a quick spin around the extended universe.

Leading to a second shot for Gunn. And a second chance for Strike Force X.

Yes. No. Both. Neither. Maybe. The fairest answer is that it doesn’t really matter. This should be viewed as a stand-alone, James Gunn freestyle. There’s not much entanglement (and appropriately no Will Smith) with other films in the DCEU. Some of the actors from the 2016 Suicide Squad, do reprise their roles (Margot Robbie as Harley Quinn, Jai Courtney as Captain Boomerang, Joel Kinnaman as Rick Flag and Viola Davis as Amanda Waller). And none of the characters that died in the first movie appear in this one. But there was clearly a decision, at the highest levels, not to label this as Suicide Squad 2 (colon or not).

Is it any good?

If you’ve been waiting to go back to the cinema for something big. Something dramatic. Something special. This one’s for you. 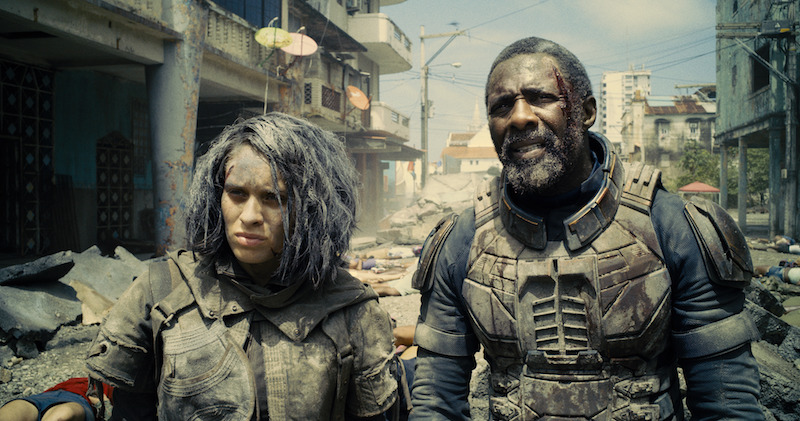 It’s a brilliant (although definitely not kid-friendly) movie. The casting is in with a shout for best in genre — it sees Daddy’s Little Monster, Margot Robbie reinhabiting her highly watchable incarnation of Harley Quinn; Idris Elba is rumbling with gruff cockney swagger as the squad’s reluctant pointman, Bloodsport; we’ve got John Cena acting his little toilet seat helmet off as Peacemaker, a ‘douchey Captain America’; Daniela Melchior makes a breathtaking Hollywood debut as Ratcatcher 2; the action sequences are stunning; the dialogue is scintillating; the humour is precisely the pitch of genuinely witty comic banter that has been forever missing from DC Movies; and the premise of bad guys gone good, albeit temporarily and for the wrong reasons, is just an unashamedly pleasurable farce to chew popcorn to.

Exclusive interview: John Cena on his role as a 'douchey Captain America'
New films to watch in cinemas this week: August 5 to 11

The level of storytelling involved in getting you to deeply empathise with a fractious bunch of ill-tempered fiends that wear morality like an inconvenient rain poncho, is beyond uncommon. 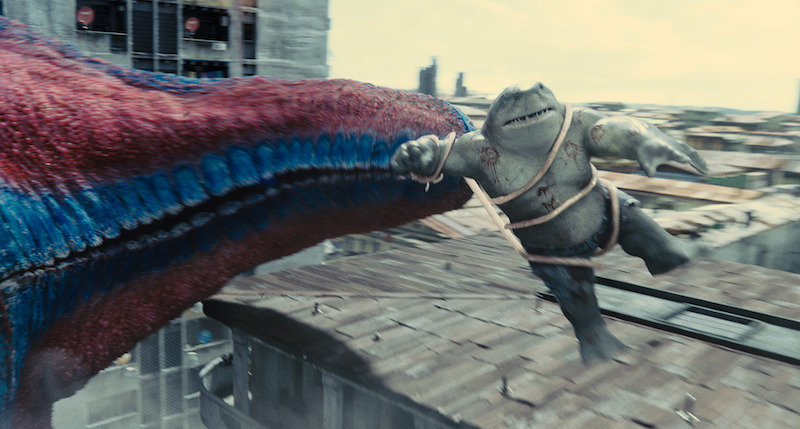 There’s so much we want to tell you but won’t because it would absolutely qualify as a spoiler. But suffice to say, in terms of cinematic experience, this is the first movie since The Dark Knight Rises (despite being polarly different) that does an honest job of projecting the magic of DC on the big screen.

Suicide Squad is now showing at cinemas across the UAE. For tickets: Book here

Culture
Film
Things to do
EDITOR’S PICKS
Here's the full list of UAE public holidays in 2023
READ MORE
23 incredible things to look forward to in the UAE in 2023
READ MORE
Hidden gems: 10 UAE desert pop-ups to discover this winter
READ MORE
Where to travel in 2023: 10 new flight routes from the UAE
READ MORE
MOST POPULAR
Dubai tourism increases by a massive 97 per cent
16 incredible mega projects coming to Abu Dhabi soon
The epic Asian Le Mans Series returns to Dubai Autodrome this month
Snapped: Celebrities spotted in the UAE this week
With its unique decor, Dubai's La Nina restaurant evokes tales of distant travels
YOU SHOULD CHECK OUT
Our website uses cookies and other similar technologies to improve our site and your online experience. By continuing to use our website you consent to cookies being used. Read our privacy policy here.