The Japanese-style pizzas are a must-try…

Akiba Dori is one of just two licensed venues in Dubai Design District and has built a solid reputation as the go-to spot for unique pizza served Japanese-style. The cool colourful hotspot has already announced an expansion into the capital, but now we can reveal a new venue opening in Dubai’s JBR too.

The popular Japanese street-food and Tokyo-style pizzeria concept is set to open in JBR later this year, with a seating capacity of 75 pax over a sleek indoor and relaxed alfresco space.

Inside the space, guests will find a central bar offering a range of unique Akiba Cocktails, served alongside Akiba Dori’s signature street food and pizza menu. Regulars will recognise a few favourites on the list, while some new dishes will also be making an appearance. 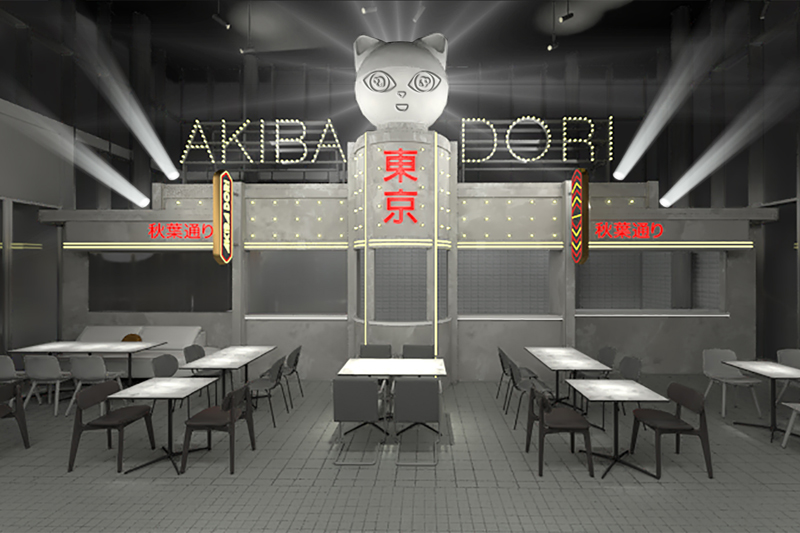 From the restaurant renders, we can see an industrial-inspired space, with the brand’s signature feline mascot taking centre stage. The ‘Akibar’ features a huge glittering disco ball, with pretty red lanterns lining the archway structure.

Founder, Samer Hamadeh comments on the new opening: “Ever since Stereo Arcade, JBR has been a special place to me and I always felt The Beach opposite JBR was missing that ‘nightlife’ vibe. I think we’re about to bring that effect into the mix, along with our five amazing neighbours at the Pavilion. JBR is in for a real treat, that’s a promise.”

With no confirmed opening date yet, we’re told that the new spot will be due to open late this year. Keep your eyes peeled to What’s On for a first look of the new venue.

Eat & Drink
EDITOR’S PICKS
Ain Dubai will open with fireworks, live music and a drone show
READ MORE
Incredible Aura SkyPool to open in Palm Tower this November
READ MORE
Brit Grand Slam hero Emma Raducanu confirmed for Mubadala Tennis
READ MORE
What’s On Nightlife Awards 2021: Here are the nominees...
READ MORE
MOST POPULAR
13 of the best places for glamping in the UAE
Emma Raducanu sends a message to her UAE fans
Parisian celebrity hotspot Caviar Kaspia has opened in Dubai
Here's what you'll be eating at SushiSamba when it opens in November
Chic Mediterranean beach bar Ula is now open on the Palm Jumeirah
YOU SHOULD CHECK OUT
Our website uses cookies and other similar technologies to improve our site and your online experience. By continuing to use our website you consent to cookies being used. Read our privacy policy here.