There's food, beverages and entertainment at this star-studded golf event

The DP World Tour Championship is back…

The annual DP World Tour Championship is back in Dubai this weekend, and it will see a host of golfing stars, such as Rory McIlroy, take to the greens at Jumeirah Golf Estates from November 18 to 21. It will take place on the Earth Course, with top golf players battling it out to win the $9million prize pot and the European Number One crown.

Even if you’re not a golf super-fan, the event is fun for everyone, from young families to couples or groups of friends looking for some chilled outdoor weekend fun. Atlantis is bringing the entertainment, such as mini-golf, bowling, arcade games, a bouncy castle, and more, so get involved.

There will be plenty of food and beverage offerings in the tournament village and on-course every day of the tournament. Free general admission tickets are available for spectators and you can get yours at ticketmasteruae.ae. 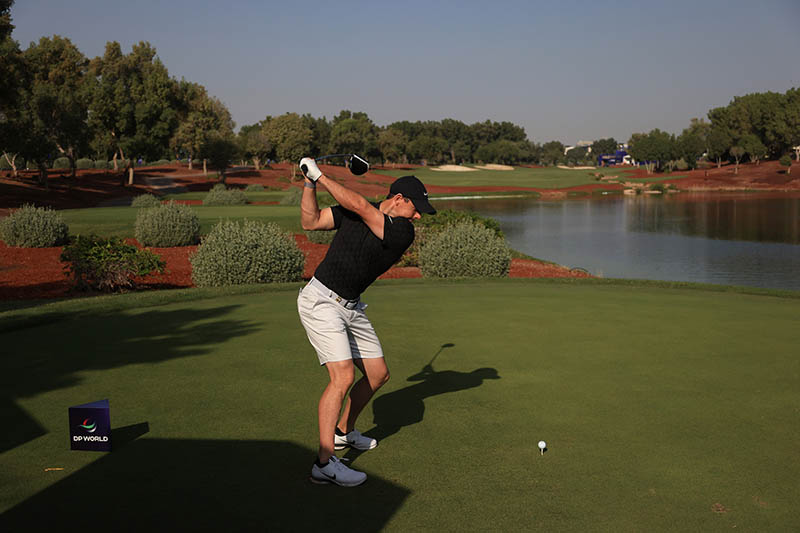 The first Ladies Day of the DP World Tour Championship is on Friday, November 19. Ladies who attend on this day will receive two free drinks vouchers, free golf clinics, spa vouchers, and there are also ‘Best Dressed’ and ‘Best Selfie’ competitions with some fantastic prizes to be won.

European Tour’s DP World Tour Championship will see 50 top players, including Rory McIlroy and Billy Horschel, take part in the competition. As of 2022, the European Tour announced it would be renamed to the DP World Tour, following ‘a significant commitment from the Emirati multinational logistics company’.

Northern Ireland’s Rory McIlroy celebrated Dubai and its commitment to the development of golf over the last ten years, stating: “Dubai has been the cornerstone of the European Tour since 2009, since the Race to Dubai started which was my second year on Tour. They have done a massive investment in golf in the last few years and now DP World has come on board to be the main sponsor of on Tour which I think is wonderful news. It solidifies the Tour’s future for a long time.”

McIlroy continued: “All the players owe this region a lot, especially Dubai, a debt of gratitude as they’ve invested so heavily in our game and that we have all benefitted from it.”

Outdoor
Sport & Fitness
EDITOR’S PICKS
UAE holiday dates announced for National Day
READ MORE
Emirates Dubai 7s is back: Here's why we're excited...
READ MORE
Tennis ace Andy Murray to play at Mubadala World Tennis Championship
READ MORE
UAE 50: Where to watch National Day fireworks in Dubai
READ MORE
MOST POPULAR
UAE confirms its first case of the Omicron variant
Alhosn Green Pass to only be valid for 14 days after negative PCR
20 of the best things to do in Abu Dhabi this long weekend: Part 2
First look: London-loved restaurant The Cinnamon Club opens in Dubai
Check out this amazing display at the world's highest outdoor infinity pool
YOU SHOULD CHECK OUT
Our website uses cookies and other similar technologies to improve our site and your online experience. By continuing to use our website you consent to cookies being used. Read our privacy policy here.