Lego was first invented back in 1949, and the stalwart block-building toy brand has show no signs of wavering in popularity. It’s got a whole Lego-themed resort at Dubai Parks & Resorts, with thrilling rides, fun attractions and fun for the whole family.

Its much-anticipated hotel is finally opening this month, on January 21, 2022. The hotel, which is set to have 250 lego-themed rooms, will feature a castle play area and a disco elevator within the resort. It will be the ultimate place for young families to enjoy a fun-filled vacation.

The addition of the Legoland® Hotel, will transform Legoland Dubai into a Lego® themed resort offering an all-encompassing LEGO adventure, including a Legoland Theme Park, a Legoland Water Park and a 250 room hotel offering fully themed rooms that can accommodate a family of up to five. 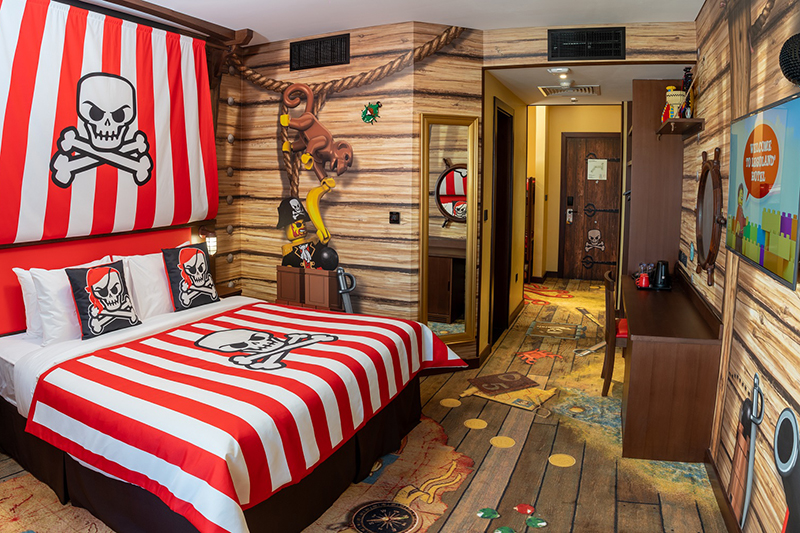 A stay at Legoland® Hotel includes breakfast and one-time access to Legoland Theme Park or Water Park, with the option of upgrading to more Park access. Once you pass through the hotel’s dragon-guarded entrance, there are interactive Lego experiences and so much more.

Dubai Parks and Resorts has just revealed an expansion to its popular park, Motiongate Dubai, with not just one, but two brand new, world-first, record-breaking rides. One is inspired by the John Wick franchise, and the other, Now You See Me coaster we’ve been told is the world’s fastest single-car spinning rollercoaster.

30 incredible hotels set to open in the UAE

Fernando Eiroa, Chief Executive Officer, Dubai Holding Entertainment commented: “Dubai continues to be a leader in the travel and tourism sector, with a reputation for delivering pioneering projects and landmarks. The opening of the world’s first John Wick rollercoaster, the world’s fastest spinning rollercoaster and the region’s only LEGO themed Hotel are an example of the breadth and diversity of entertainment experiences in Dubai. We are confident that these new offerings will contribute to further enhancing Dubai’s competitiveness as one of the leading international tourism destinations in the world.”

Staycations
EDITOR’S PICKS
Here's the full list of UAE public holidays in 2023
READ MORE
23 incredible things to look forward to in the UAE in 2023
READ MORE
Hidden gems: 10 UAE desert pop-ups to discover this winter
READ MORE
Where to travel in 2023: 10 new flight routes from the UAE
READ MORE
MOST POPULAR
The Wizarding World officially comes to Dubai
11 homegrown UAE restaurants that have gone global
13 new brunches in Dubai that will spice up your February
You can now tour these 12 ladies' nights on Yas Island
Sweep your special someone off their feet at TH8 Palm Jumeirah
YOU SHOULD CHECK OUT
Our website uses cookies and other similar technologies to improve our site and your online experience. By continuing to use our website you consent to cookies being used. Read our privacy policy here.