The weekend is calling…

Just like that, the working week is drawing to a close, and there’s only one more day to wait until the weekend. As ever, we’ve got a stellar list of things to do this weekend in Dubai. There’s something for everyone, from a free photo shoot, to a brew festival and some top DJs.

Get a new headshot 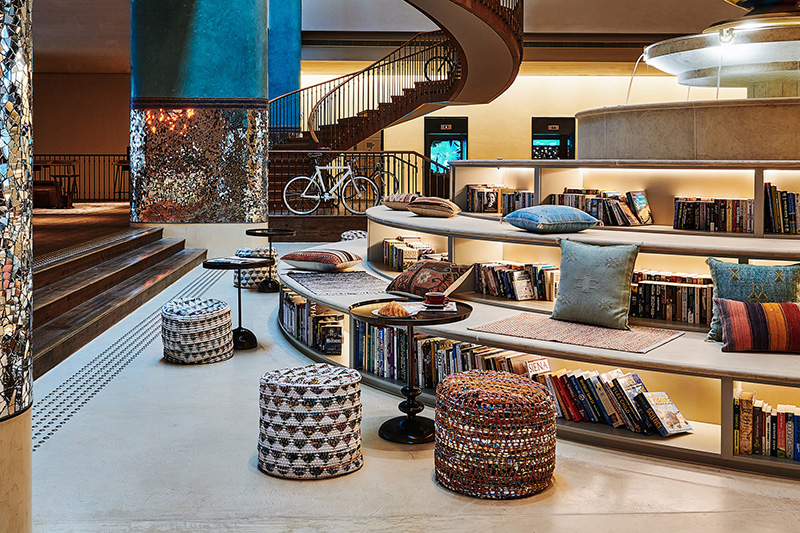 In honour of International Women’s Day earlier this week, 25Hours hotel has teamed up with talented professional photographer Hyku Desesto to offer complimentary headshots for ladies. The slots are available from 12pm to 5pm on Thursday March 10 and Friday March 11, and you’ll need to email 25hours@z7communications.com in advance to book. Hyku D Photography is one of the most respected photography brands in the UAE, regularly shooting for celebrities and luxury brands; so this is a golden opportunity to shake up your personal brand with a free 15-minute shoot.

Tuck into a limited-edition, art-inspired dinner 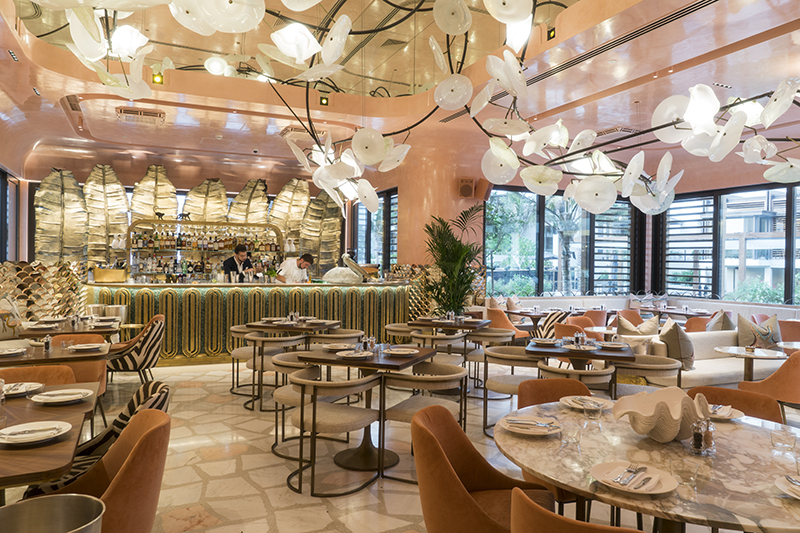 One of Dubai’s prettiest spots, Flamingo Room by tashas, has teamed up with Maison Ruinart to celebrate the return of Art Dubai with a Champagne-paired set menu that fuses gastronomy and art. The world’s oldest Champagne house is taking over the pink-hued Jumeirah Al Naseem restaurant with artworks by British artist David Shrigley, while the Food For Art menu on offer has been curated to echo the artworks temporarily adorning the restaurant walls. It’s available until Sunday March 13. 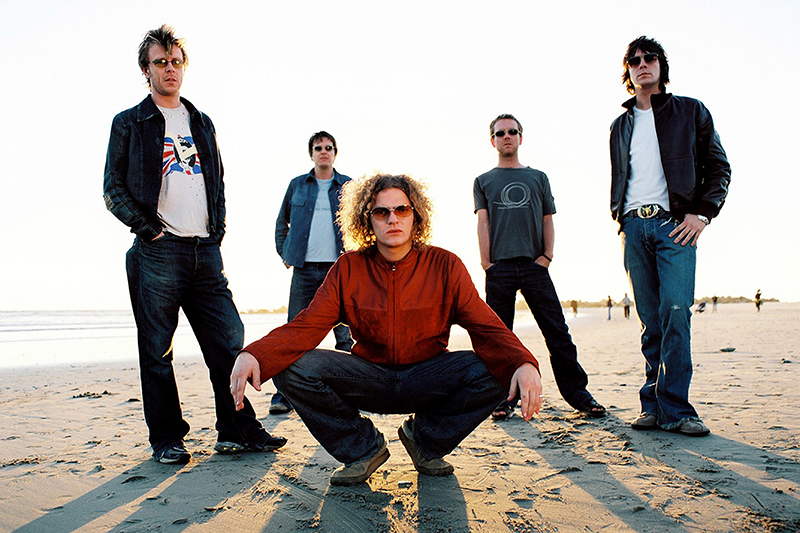 A two-night indie rock festival is coming to Sports City this weekend, and if you were rocking out in the 1990s then you’ll likely be familiar with the headliners. Taking over The Square@ISD, Sports City’s newest open-air venue, Indie Rock Invasion will see a headline performance from British rockers Toploader. The Dancing in the Moonlight hitmakers will be joined by Swedish trio Baskery on the first day of the festival, performing on Friday March 11. On the second day of Indie Rock Invasion, dance-rock group Republica, famous for songs including Drop Dead Gorgeous and Ready to Go will headline, supported by London based singer-songwriter Emily Capell. 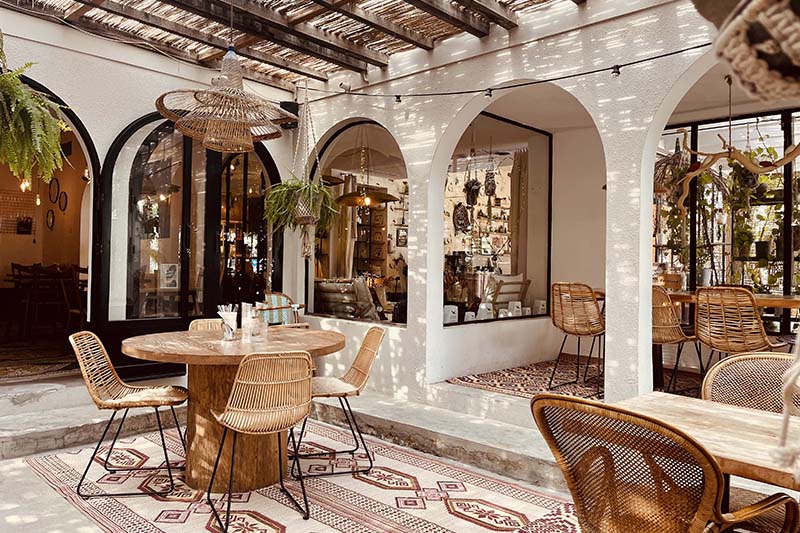 Contemporary artists Naomi Katsu and Catherine Danou from Amelie Maison d’Art will be showcasing their works in a pop-up exhibition at Comptoir 102 from now until the end of March. Japanese artist Naomi Katsu creates watercolour pieces using Japanese ink, while French painter Catherine Danou loves experimenting with colours, contrasting them with white or black backgrounds. See their collection at award-winning concept store Comptoir 102.

A three-day brew festival is taking place in Dubai this weekend. Explore 25 unique varieties of brews, as well as pub games and live music at the Tap & Grill at Jumeirah Golf Estates. From March 11 to 13, bask in the sunshine and good vibes with great deals on food and beverages all weekend. On Saturday March 12, The Great Brew Tour will host an all-you-can-eat ‘Kitchen to Table’ package from 1pm to 4pm for Dhs120 per person, or opt for the ‘Bar to Table’ Package for Dhs270 and enjoy free-flowing beer. Live musicians and a DJ will ensure the atmosphere is worth sticking around for.

A duo of top talents are set to takeover Beach by FIVE this weekend as Lost Frequencies and special guest Calum Scott headline the popular hotspot’s Bohemia party on Saturday March 12. Felix De Laet, also known as Lost Frequencies, previously told What’s On he has a ‘really close relationship’ with the team at FIVE Palm Jumeirah, so it’s no surprise to see him returning once more to the decks at their day-to-night beach party, Bohemia. It’s the ultimate Friday beach party, with Instagrammable activations, artistic performances, installations, live food stations and music. 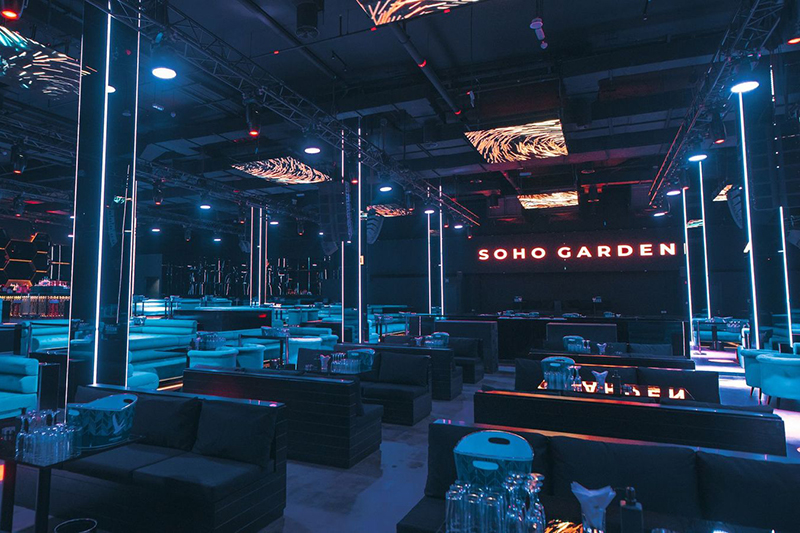 Marc Kinchen is back in Dubai and this time he’s taking over the newly opened Soho Garden Palm for one night only. The Piece of Me hit-maker will take to the stage on Saturday March 12, taking you through from 10pm until the early hours. Entry is by reservation only so be sure to give Soho Garden a call beforehand.

Dubai International Boat Show takes place this weekend. It’s the largest boat show in the region taking place at Dubai’s cool new neighbourhood Dubai Harbour from March 9 to 13. More than just boats, Nikki Beach is hosting a pop up to help you enjoy the weekend in style. You can also enjoy free water sports including kayaking, paddle boarding, scuba diving and more, as well as live entertainment from resident DJs, live acts, bands and even a drummer who incorporates water in his set at the event.

Treat yourself to a spa day

Enjoy a daycation at W Dubai – The Palm with access to its Away Spa. Enjoy a 60-minute massage with a choice between Detox, De-stress, Go Deep and Reset, followed by a choice of one main course and one beverage at the Away Spa Beauty Bar, plus complimentary access to the pool and beach, gym, and the indoor Squash Courts, all for Dhs599.

Since it opened on the coveted stretch of sand-meets-restaurants at Palm West Beach, February 30 has had no shortage of visitors. It’s the ultimate spot to enjoy a beach day. February 30 Dubai greets guests with a soundtrack of tropical house beats, from both the restaurant tables and beach loungers. The day-to-night destination also serves shisha from the deck, and make sure to grab a seat at the huge circular bar for sundowners.

Things to do
EDITOR’S PICKS
Here's the full list of UAE public holidays in 2023
READ MORE
23 incredible things to look forward to in the UAE in 2023
READ MORE
Hidden gems: 10 UAE desert pop-ups to discover this winter
READ MORE
Where to travel in 2023: 10 new flight routes from the UAE
READ MORE
MOST POPULAR
The Wizarding World officially comes to Dubai
11 homegrown UAE restaurants that have gone global
13 new brunches in Dubai that will spice up your February
You can now tour these 12 ladies' nights on Yas Island
Sweep your special someone off their feet at TH8 Palm Jumeirah
YOU SHOULD CHECK OUT
Our website uses cookies and other similar technologies to improve our site and your online experience. By continuing to use our website you consent to cookies being used. Read our privacy policy here.