Here’s what you’ll find there…

Al Qana is one of Abu Dhabi’s top new destinations, and it’s just reached another major milestone: its Riviera-style marina is now open. Located in the Rabdan area next to Khor Al Maqta’a, Al Qana Marina is a vibrant new waterfront destination with berths for 106 boats, plus new restaurants, cafes and lounges.

For those lucky enough to own a boat, Al Qana Marina accommodates vessels up to 80 feet in length, and offers a range of high-spec vessel services for yacht owners including cleaning, assisted berthing, concierge and vessel preparation. There’s both day pass and annual memberships available, the latter of which come with perks including offers on memberships to Al Qana’s leisure offerings: The National Aquarium and The Bridge Lifestyle Hub. 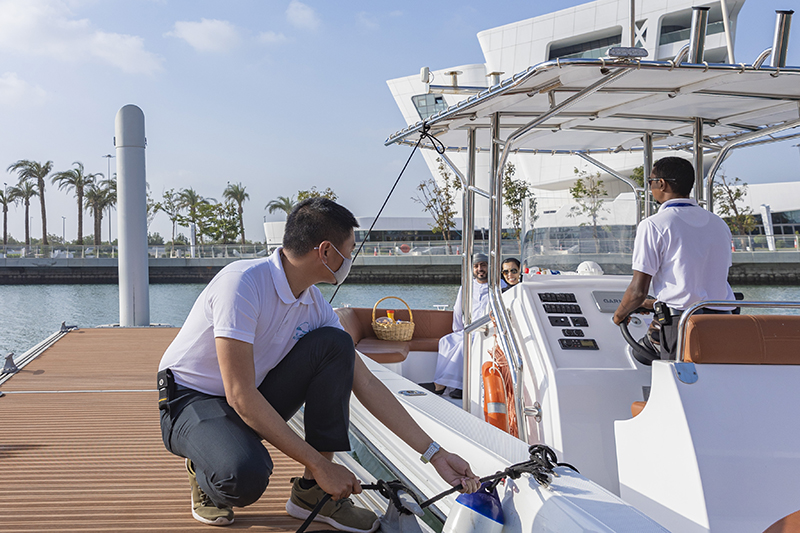 Even if you’re not a boat owner, fun-filled activities await at Al Qana Marina. Enjoy a Grand Canal Cruise, where you’ll embark on a heritage tour in one of Abu Dhabi’s historic Abras through Al Qana’s picturesque waterways, admiring the scenery as you go. Soon, you’ll also be able to head out for a day of watersports, with paddle board and kayak hire coming soon to the marina.

Spread over 2.4 kilometres, Al Qana is one of Abu Dhabi’s most exciting new tourism destinations. It’s been opening in phases since last year, with the Middle East’s largest aquarium, wellness hub and kids’ zone already open. Still to come, the largest standalone cinema in Abu Dhabi – Cinemacity Al Qana; a new VR zone called Pixoul Gaming, plus a collection of restaurants that will include Grand Beirut, a seafood concept called Pinky Fish and modern Japanese cuisine at Otoro.