8 amazing things to do in Al Ain

History, nature, wildlife, culture – there’s an Al Ain for everyone…

Al Ain is the perfect destination to take a step back from the bustle of the city. Also called the Garden City, it’s packed with fascinating attractions and things to do that offer a unique insight into what life in the emirates was like through the ages. Couple that with epic nature spots, endless wildlife and jaw-dropping mountains, and you’ve got yourself a brilliant day out.

Here’s 8 amazing things to do in Al Ain. 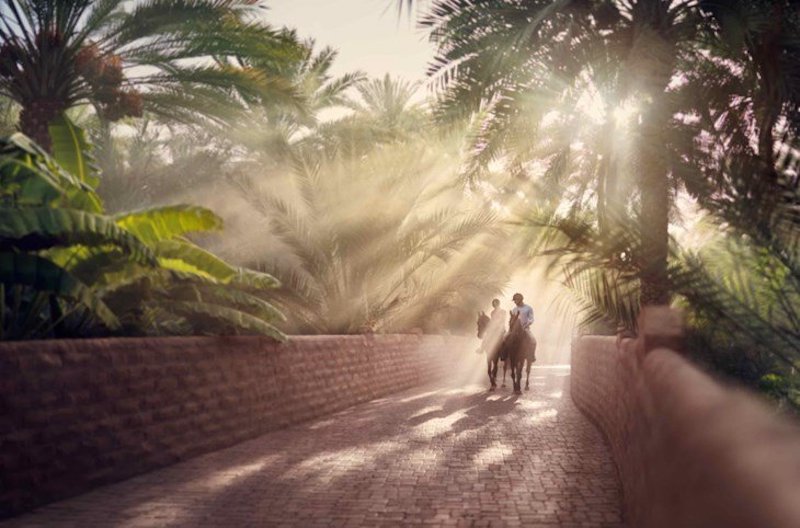 Al Ain Oasis had the honour of becoming the UAE’s first UNESCO World Heritage Site back in 2011. Spread over 3,000 acres, the oasis is one of the world’s oldest permanently inhabited settlements, dating back more than 4,000 years. You can wander through its tranquil pathways, with more than 147,000 date palm trees providing a lovely green canopy. 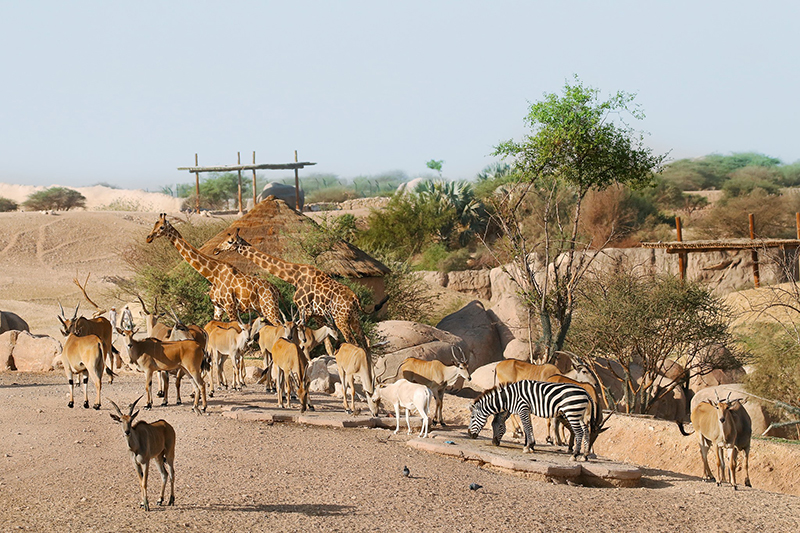 Al Ain Zoo offers some pretty wild opportunities to get close to its impressive collection of animal inhabitants. You can for example, stick your neck out and have breakfast with giraffes (Dhs252) or play tug of war with a tiger, but if you fancy getting out and seeing animals in a more natural setting, there is a safari encounter available. Staged across a 217 hectare stretch of the Savanna-esque scrub-dashed foothills of Jebel Jais, you’ll get to see some of the African continent’s famed Big Five — lions, white rhinos, and giraffes. There are also zebra, wildebeest, springbok gazelle, sable antelope, kudu and and ostrich. There are a few flexible touring options available, priced from around Dhs210.

Opened in 2021 as a new eco-tourism project in Abu Dhabi, Al Batha Reserve is a serene spot dedicated to the preservation of local wildlife, such as ducks and birds. Pack a picnic and enjoy an afternoon by the water, or make the most of the developed facilities, which include a playground, lake and cafe. You’ll find it close to Hili in Al Ain city.

Road trip to the top of Jebal Hafeet 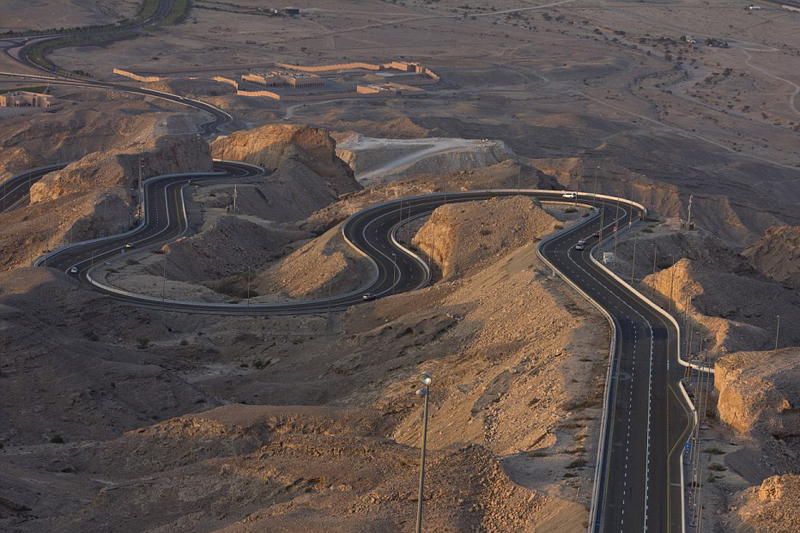 If you like scenic views, a steady climb that rises 1,240 metres, craggy limestone that’s lasted millions of years, and access to the UAE’s second highest peak, this is the road trip for you. Jebel Hafeet has been described as ‘among the world’s greatest driving roads’. At the top, you can look out over Al Ain and foothills where some 500 ancient burial tombs have been discovered. To relax, head back down to the base of Jebel Hafeet to the Green Mubazzarah park (ten minutes from Al Ain Zoo). There you’ll find hot water springs which locals argue have therapeutic qualities.

Go glamping in a bubble tent 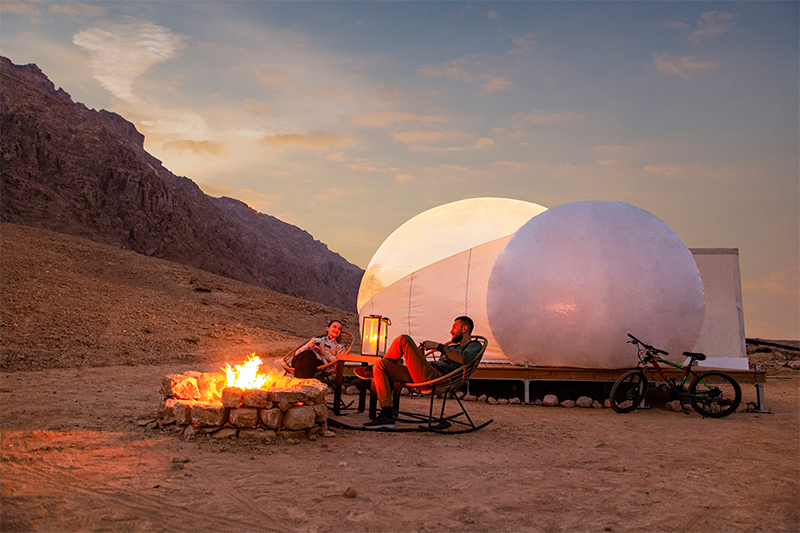 Looking to marvel at the mountains without having to make the trek up Jebel Hafit? At the foothills of the mountain, this desert camp in the UNESCO listed heritage site of Al Ain offers a choice of tent styles, including luxury dome tents with showers and private bathrooms, bubble tents with an external private bathroom, and traditional tents with shared facilities. No matter what you book, you won’t find yourself sitting around as there are plenty of different activities to keep you busy from a guided hiking tour, guided buggy rides, camel and horse rides. Rates start from Dhs500.

Take a trip back in time at the heritage village 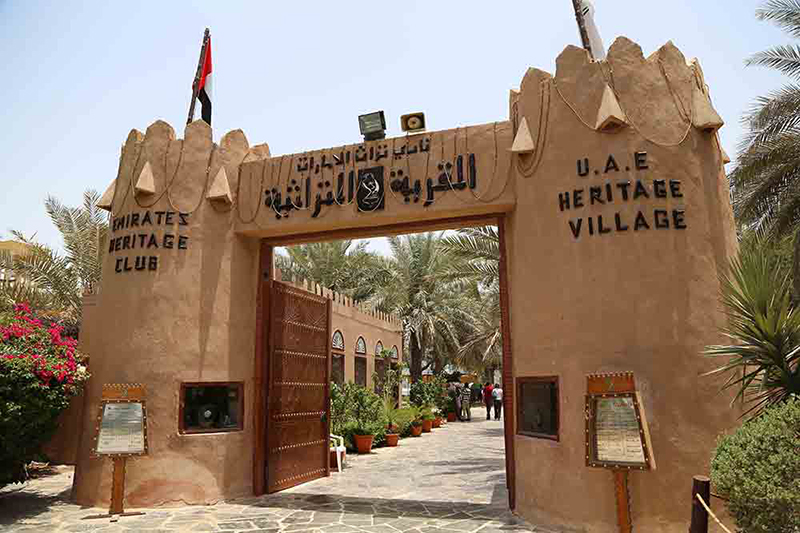 You might know Telal Resort Al Ain as a luxe desert escape with plush pool villas, a stunning spa and a roster of desert-inspired activities. But did you know it’s also home to Zaman Lawal Heritage Village, where you can step back in time to experience the ancient times of Emirati ancestors? Inside, there’s a traditional souk where you can shop for local crafts; the house of pearls, which showcases the region’s rich pearl diving history; Al Masjid, the Islamic place of prayer; and a traditional Arabic restaurant called Khattar, where you fan feast on authentic Middle Eastern cuisine.

Marvel at one of the UAE’s oldest desert forts 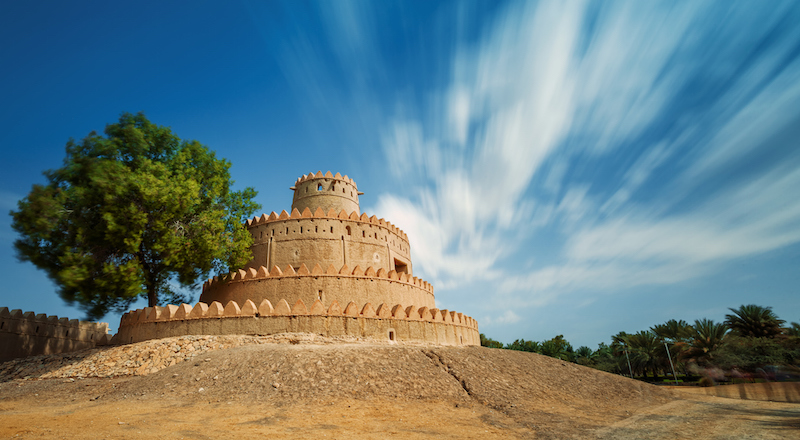 Home to exhibitions, surrounded by lush gardens and representing an entrancing architectural aesthetic, Al Jahili Fort won a Terra Award for Internal Design and Layout in 2016. It was originally built at the end of the 19th century, on the orders of the ruling Al Nahyan family. There’s currently one permanent exhibition running at the fort, a celebration of the adventures of Sir Wilfred Thesiger (also known as Mubarak bin Landan, ‘Blessed One of London’), who made multiple crossings of the Empty Quarter (Rub’ al Khali), in the 1940s.

Visit the home of the UAE’s Founding Father 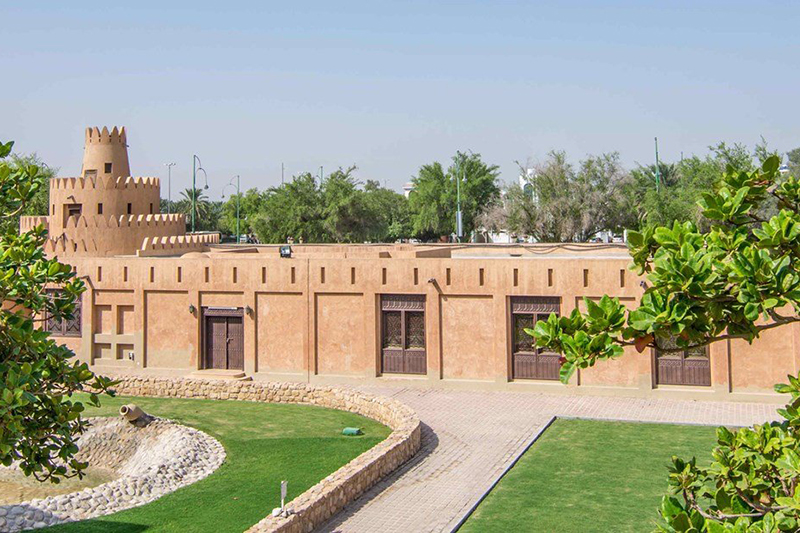 This re-instated fort was once home to the Founding Father of the UAE, the late Sheikh Zayed bin Sultan Al Nahyan, who lived here before moving to Abu Dhabi in 1966. The bedouin-style structure houses a culturally immersive experience of life in the emirate before the discovery of oil, exhibits that give insights into the origin story of the Founding Father, and a room devoted to the Holy Quran including teachings of the Prophet Muhammad (Peace Be Upon Him), inscribed on the ceiling. It’s free to enter.

Things to do
EDITOR’S PICKS
Here's the full list of UAE public holidays in 2023
READ MORE
23 incredible things to look forward to in the UAE in 2023
READ MORE
Hidden gems: 10 UAE desert pop-ups to discover this winter
READ MORE
Where to travel in 2023: 10 new flight routes from the UAE
READ MORE
MOST POPULAR
The best new breakfast spots to try in Dubai
Inject some culture into February with 14 cool exhibitions in Dubai
Plans unveiled for a scenic new 93km cycle highway in Dubai
A free full moon beach party is happening in Dubai this weekend
42 parks with outdoor barbecue facilities in Abu Dhabi
YOU SHOULD CHECK OUT
Our website uses cookies and other similar technologies to improve our site and your online experience. By continuing to use our website you consent to cookies being used. Read our privacy policy here.