The end of an era Habib-teas…

Much-loved cafe, Tania’s Teahouse is closing its doors, but thankfully… only because it is relocating to a bigger location in the fabulous Dubai Hills. After a milestone of five years, the popular cafe is saying goodbye to its perfectly pink Jumeirah villa.

The new venue in Dubai Hills will have a much larger space which will accommodate a bigger kitchen, more events and an extensive menu. We don’t have an opening date yet, but you can expect it to open between March and April.

We can be sure to expect some of those Instagrammable afternoon teas to be held at the new venue with the same impeccable quality of food and hopefully, an even more extensive boba menu (we’re being a little biased here) and some fresh new selfie walls to get the perfect picture for the Insta-feed.

There will be some exciting surprises according to founder Tania Lodi.

On Wednesday, February 1 and 2, from 8am to 6pm there will be a flash sale being held at the original branch.

You can expect plenty of small wear, equipment, retail items, books, plants, furniture, candles, teas and so much more. Items will be on sale for as little as one dirham.

Following this, on Friday, February 3, the pink door will close one last time. So if you love the Jumeirah venue, make sure you visit it for one last time. 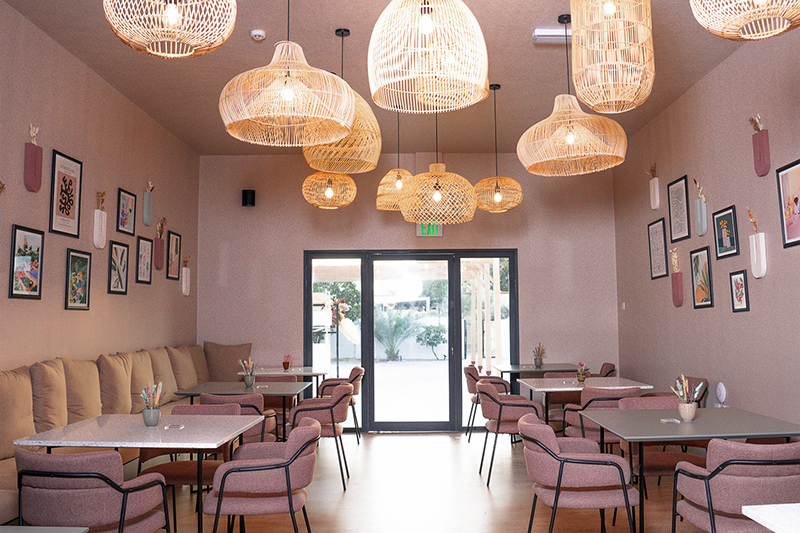 Don’t stress too much as Sereni-tea will remain open. For some more tea – their menu will be expanding too. There will be operating under new hours too from 7am to 8pm. The new menu and operational hours will start on Sunday, February 5.

Eat & Drink
EDITOR’S PICKS
Here's the full list of UAE public holidays in 2023
READ MORE
23 incredible things to look forward to in the UAE in 2023
READ MORE
Hidden gems: 10 UAE desert pop-ups to discover this winter
READ MORE
Where to travel in 2023: 10 new flight routes from the UAE
READ MORE
MOST POPULAR
This beautifully-designed outdoor terrace is a must-visit this winter
A 50,000 year old comet will light up UAE skies this weekend
Treat your loved one to a spectacular evening at Billionaire Dubai
New date announced for Tom Odell's Dubai Opera performance
Ras Al Khaimah Fine Arts Festival returns this weekend
YOU SHOULD CHECK OUT
Our website uses cookies and other similar technologies to improve our site and your online experience. By continuing to use our website you consent to cookies being used. Read our privacy policy here.