It seems the whole world was in Dubai this weekend for the grand reveal of the ultra-luxurious Atlantis The Royal, from Beyonce to Kendall Jenner. And just wow – it looked epic… 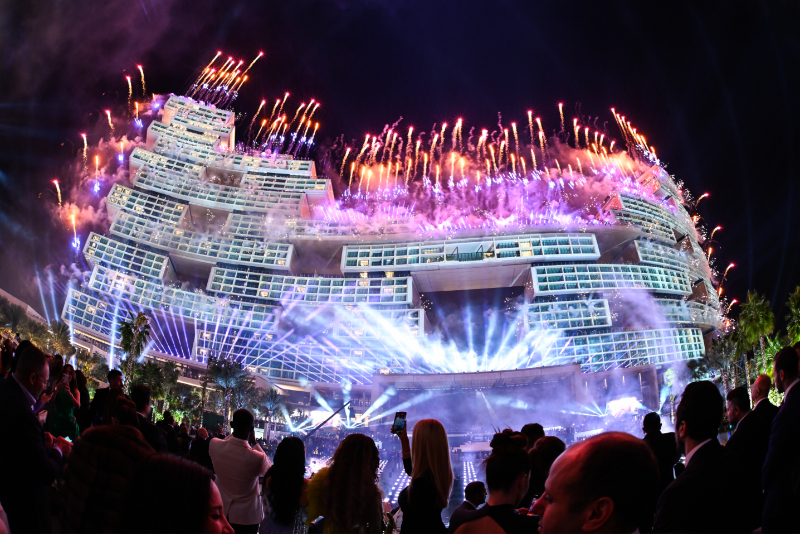 Beyoncé performed her first live show since 2018 at the grand opening of Atlantis The Royal. During the 60-minute awe-inspiring performance the global superstar was accompanied by Firdaus, a 48-person all-female orchestra; America’s Got Talent winners and all-female precision dance group from Lebanon, The Mayyas; and performed Brown Skin Girl together with her daughter Blue Ivy. With a wardrobe designed by Atelier Zuhra from Dubai, Nicolas Jebran of Lebanon, Frolov from Ukraine and Dolce and Gabbana, Beyoncé was joined by her parents, and family, including husband JAY-Z, as well as special guests from across the globe…

Jay Z spotted with Amir Khan ahead of wife Beyoncé’s performance on Saturday. The American rapper is seen relaxing in the sun, shades on, and playing a game of Backgammon.

Kendall Jenner celebrated the launch of her 818 Tequila brand in the UAE, with a star-studded event at Atlantis The Royal’s Cloud 22 Skypool. Kendall said, ‘We’re thrilled to be bringing our award-winning 818 Tequila to Dubai and kicking off with such a beautiful celebration at the stunning new Atlantis The Royal”.

Nobu founders chef Nobu Matsuhisa and Meir Teper were joined by celebrities including Kendall Jenner, Liam Payne, and Michelle Keegan to mark the opening of the restaurant’s new address at the rooftop of Atlantis The Palm. 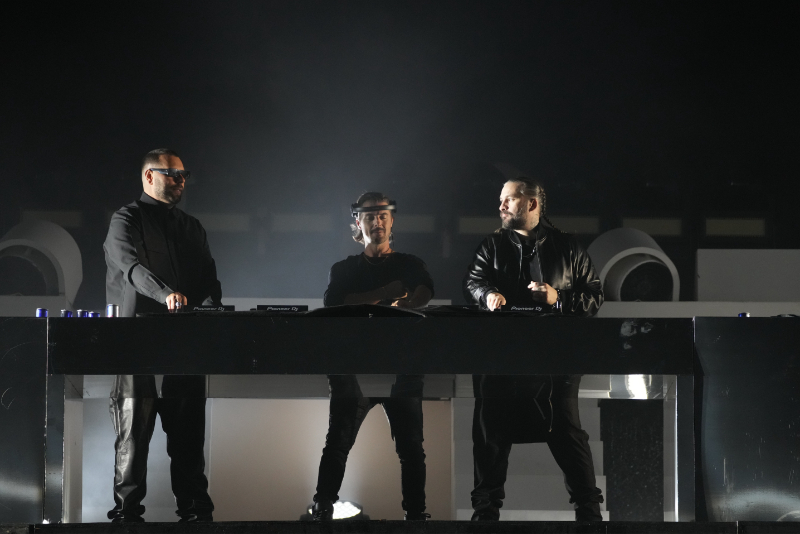 Beyoncé’s epic performance was followed by a dazzling firework and drone extravaganza. As the fireworks settled, Swedish House Mafia took to the stage to perform hits, including “One” and “Don’t You Worry Child,” as guests celebrated until the early hours.

Rebel Wilson was another A-lister spotted at the Palm’s hottest new hotel. Her and her partner wore matching dresses for the ‘sake ceremony’ of Nobu by the Beach and shared a TikTok with all their weekend highlights including the moment the sky was lit up by a dazzling firework display after Bey’s performance.

UK reality TV stars Hugo Taylor and Millie Mackintosh attended the star-studded weekend. As well as sharing a photo of them at the Beyoncé concert calling it “one of the best nights of my life”, Hugo shared a photo of the incredible sunrise from his room, captioned “Back in Dubai after a few years to celebrate the launch of @atlantistheroyal . The ambition and scale of this hotel is truly breathtaking. Feeling very lucky to be invited.”

Rochelle and Marvin are no strangers to Dubai, regularly visiting the city for some well-earned sun and relaxation. From brunch at Nobu by the Beach to the opening of Ling Ling, Rochelle took to Instagram to express her gratitude for the pair’s special weekend in Dubai: “Wow is pretty much all I have to say..Last night is a memory that will stay with me for life. You all know how I feel about @beyonce. I didn’t think it was possible to turn my love up notch but she certainly has done!!! Her bringing Blue Ivy out to sing Brown Skin Girl to her was a moment I’ll never forget…hand in hand with my brown skin girl.”

Little Mermaid star Halle Bailey were among the other A-listers at the invite-only Atlantis The Royal opening weekend. The American singer and actress left the luxury resort to enjoy a jet-ski ride around the iconic Burj al Arab.

Emily in Paris star Ashley Par returned to Dubai for the opening weekend of Atlantis The Royal. She shared a video of her getting teary-eyed while watching Queen B front-row, captioned “before, during, after finally watching QUEEN BEYONCÉ live front row. I’ll never recover, but my ankle will”.

Liam Payne and partner Kate Cassidy shared some snaps from their weekend at Atlantis The Royal including the night of Kendall Jenner’s exclusive rooftop party captioned: “only the finest: location, tequila, & company”.

Irish singer Ronan Keating and wife Storm stayed at the Atlantis The Royal over the grand reveal weekend attending the incredible lineup of A-list events from the re-opening of Nobu to Kendall Jenner’s 818 Tequila.

British model Jodie Kidd flew in for the opening of the ultra-luxury Atlantis the Royal. She was spotted attending Kendall Jenner’s 818 Tequila launch party and Beyoncé’s epic performance.

Ashanti, Fat Joe, Akon, and JaRule gave an epic performance at the Coca Cola Arena on Saturday night for the throwback night of the decade. Fat Joe also performed during the grand reveal weekend of Atlantis The Royal, at the opening of new restaurant Ling Ling on Sunday.

YouTube’s favourite family, The Ace Family, are also holidaying in the UAE this January. From Sheikh Zayed Grand Mosque in Abu Dhabi to quadbiking in the Dubai desert, the family have been exploring the emirates in style.

Celebrities
EDITOR’S PICKS
Here's the full list of UAE public holidays in 2023
READ MORE
23 incredible things to look forward to in the UAE in 2023
READ MORE
Hidden gems: 10 UAE desert pop-ups to discover this winter
READ MORE
Where to travel in 2023: 10 new flight routes from the UAE
READ MORE
MOST POPULAR
26 of Dubai's best beachfront restaurants
8 wonderful things to do in Dubai this week: Feb 6 to 9
Where to go to get your Al Baik fix in the UAE
Reset and recharge with a relaxing staycation at this stunning Dubai hotel
The most expensive apartment in Dubai just sold for Dhs410 million
YOU SHOULD CHECK OUT
Our website uses cookies and other similar technologies to improve our site and your online experience. By continuing to use our website you consent to cookies being used. Read our privacy policy here.