Our picks: 15 things to do in Dubai this weekend

There are top comedians, rappers and crooners in town. Plus there are new shopping areas, markets, dim sum lunches and more. Basically, there’s something for everyone in Dubai this weekend.

Here’s your next few days sorted… 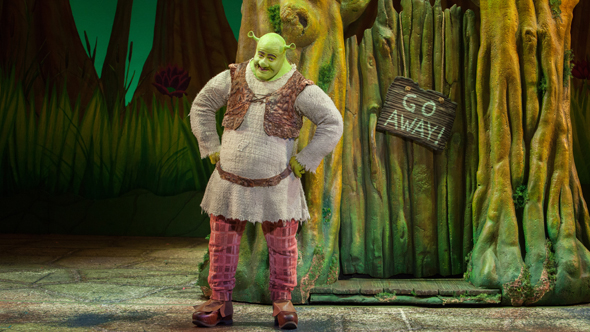 Everyone’s favourite green ogre has taken to the stage. There’s been no end of hit movie-to-musical adaptations – Beauty And The Beast, Bend It Like Beckham, Priscilla Queen Of The Desert. But who would have thought that Shrek – a story about a surly Scottish ogre, a talking donkey and a posse of fairy tale creatures – would have been a West End smash?

Black & Yellow is an absolute tune, and while we hate to admit it we do love a bit of See You Again too. Well, Wiz is in Dubai tonight for a concert at the cricket stadium.

If swaying along to this is your dream Thursday night, be there:

3. Get elbowy at Gitex Shopper 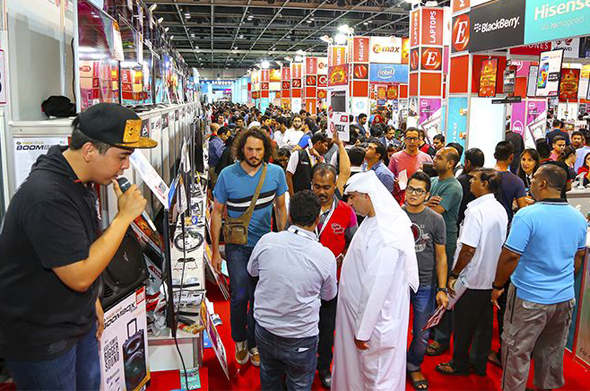 The Spring edition of this huge technology shopping fair runs over the weekend (Saturday is its last day). Expect crowds and lots of elbows hitting you as you try and nab the best bargain on a flatscreen or a smartphone. Top tip: Many electronic stores do special deals over Gitex Shopper to compete with the bargains, so if crowds aren’t your thing pop to the mall to see if there are any cheap bargains at the normal shops.

4. Get a sneak peek of Comic Con 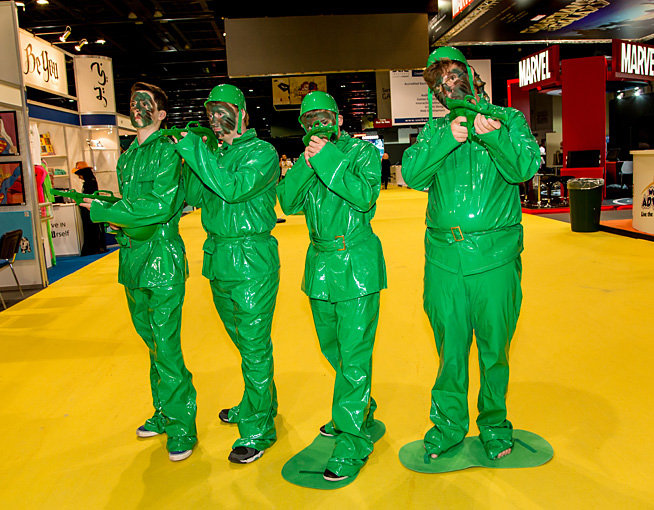 Comic Con will take over Dubai next weekend, but there will also be a sneak peek preview of the action at The Dubai Mall from this Friday until next Wednesday. If you’re a next-level cosplay fan you’ll want to get down to the mall for 5pm this Friday for the cosplay parade. There will also be some games on offer, including Mario Bros Arcade and WWE Pinball. All of the Comic Con stuff will be in The Village part of Dubai Mall (while the Cosplay parade will make its way around the mall). Read more about Comic Con here.

Autism Rocks is an initiative from British born philanthropist Sanjay Shah who stages gigs around the world to raise money for autism research. Dubai’s edition will start out as a family fun day with laser tag, crazy golf, a petting zoo, face painting, zip lining, a BBQ, inflatable rides, a bouncy castle and more. It will then culminate with performances from Flo Ride and Tyga. (A diverse day out indeed.)

6. Dance to the tunes of one of the world’s biggest DJs

His Wake Me Up track is the most streamed track in song history, and this is EDM DJ and producer Avicii’s first show in Dubai: he had to cancel a gig due to ill health in 2014. Read more about why some people love him and others loathe him here. 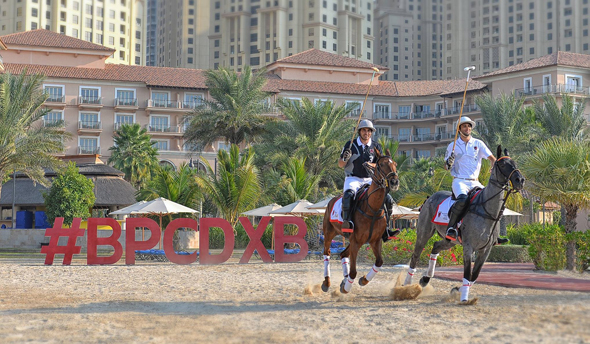 The sultans of sand return to the beach for a jolly fine game of beach polo, where players swap turf for the surf for the Beach Polo Cup Dubai. If you fancy a night out watching the polo you can buy single or two day tournament tickets (there will be food trucks, bars, and a few high tables as well as plenty of space to stand).

8. Drive to the capital, and laugh till you cry

American actor, comedian, writer and producer Kevin Hart makes his debut UAE performance at the du Arena, Yas Island in Abu Dhabi this weekend –  this is the only stop in the Middle East for his ‘WHAT NOW?’ international tour. If you’re a fan of the man, it’ll be worth the return drive to the capital.

Yas Island, Dhs395. Friday, 7.30pm. Buy tickets here and at all Virgin Megastores across the UAE. 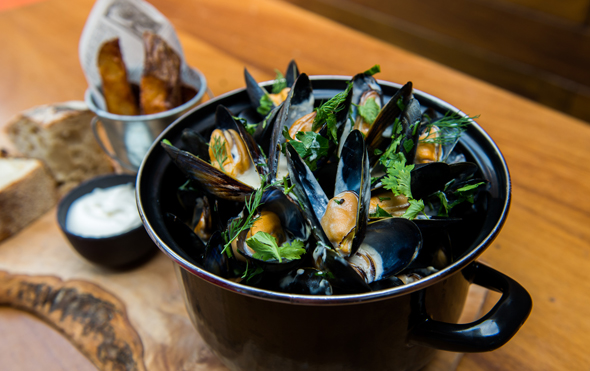 For the whole of April urban bar & kitchen in Mövenpick Hotel Jumeirah Lakes Towers is serving up all-you-can-eat mussels for Dhs140 per person, day and night (all the mussels come from Shetland in the UK). You can get an umami hit with the miso broth mussels, or go for Thai green curry or the classic creamy garlic. Yum. Oh, and if you’re a broth buff, chips and bread are served on the side so that you can soak up the sauce.

10. Check out a new shopping area

The Canal Promenade shopping zone of Dubai Sports City has just cropped up – some of the new shops at the promenade include Greek restaurant Wooden Cellar, a Wanna Banana, an Al Maya supermarket and The Study Room early learning centre.

11. Listen to Lebanese pop in a mall

Ramy Ayash is a bit of a superstar with over 3 million social media followers, and he’s singing in Mirdif City Centre tonight. There will also be catwalk shows at the mall throughout the weekend for those who want to know what’s on trend for Spring. 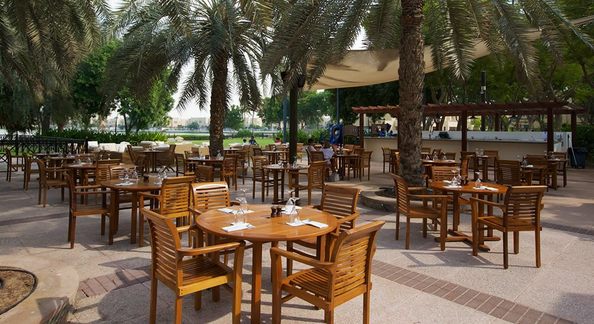 The Pretty Chic Boutique markets are back at this leafy and green bistro and bar today, there will be 20 stalls to buy wares from (including 2 Birds, Child of Tropics and Mr Fox), there will also be deals on bottles of bubbles (Dhs150).

13. Check out a new nail salon 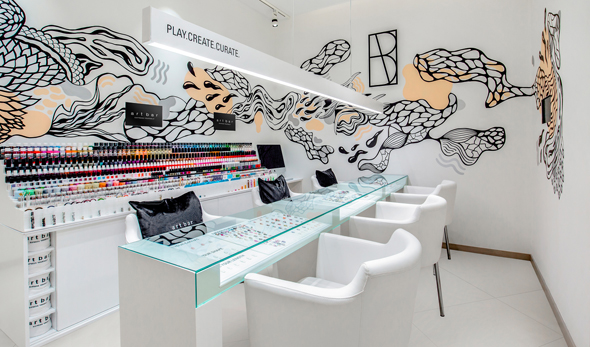 Dubai pampering classic The Nail Spa has just launched a huge new salon right on Jumeirah Beach Road that features a new concept called artbar – where you can get next-level nail art sorted out for your digits. Oh, and this branch has over 300 polish colours (how will we ever choose one?!), newly designed (more comfortable) pedicure stations and dryers at every chair (so you don’t have to go sit at a drying station). 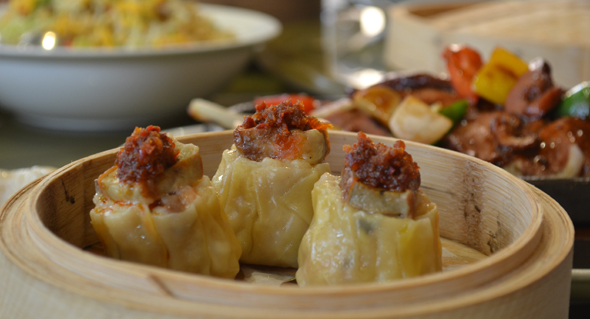 Zheng He’s – one of the best Chinese restaurants in town in our opinion – is doing a special dim sum lunch, that starts today (and runs until April 30). For Dhs120 you’ll get to choose 10 pieces of handmade dim sum each (there’s the steamed duck bao, the pan fried seafood pot sticker and the classic ‘char siew bao’ – aka a BBQ chicken bun).

15. Go to a family friendly rave

Piknic Electronik, the family-friendly rave on a golf course returns this weekend. If you want a day out with your little ones but still want it to feel like a ‘day out’, then this is your best option. Oh, and it’s the season closing party so will be your last chance to go to this for a while.

News
Things to do
EDITOR’S PICKS
13 Sheikh Hamdan-approved restaurants in Dubai
READ MORE
Dubai brunches temporarily banned in new preventative measures
READ MORE
12 upcoming Dubai mega-projects we can't wait for
READ MORE
16 of the best beach bars in Dubai for sundowners
READ MORE
MOST POPULAR
Covid-19: Dubai cancels Ramadan tent permits for 2021
Laugh out loud with Laughter Factory in your own home this March
8 things to look forward to in Dubai this March
This popular Aussie cafe has opened in a new location in Dubai
Wawa: The unassuming new eatery serving authentic Japanese food in Dubai
YOU SHOULD CHECK OUT
Our website uses cookies and other similar technologies to improve our site and your online experience. By continuing to use our website you consent to cookies being used. Read our privacy policy here.