Another high profile UAE official has come out against Trump. Details here…

Lt. Gen. Dahi Khalfan Tamim is the deputy chairman of police and general security in Dubai, and the latest UAE personality to warn of the possible consequences of Donald Trump becoming the President of the United States.

Trump is currently leading the race to be the Republican candidate that will go head to head with the Democratic candidate in November.

The police chief took to Twitter to warn that there would be a “clash of civilsations” if Trump won – which references political scientist Samuel P. Huntington’s theory that future wars in the world will be fought between religious and cultural divides rather than country lines. 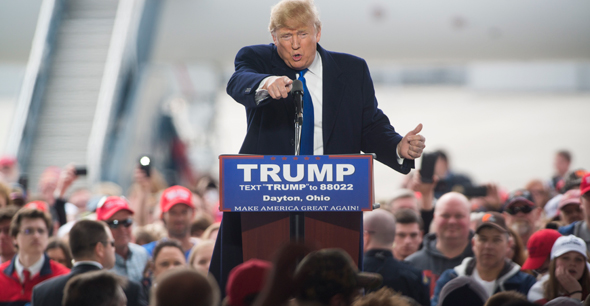 In his tweet, Khalfan Tamim mentions ‘al-Baghdadi’, the leader of ISIL, suggesting that he thinks Trump’s reign would incite more violence from the group.

Translated from Arabic, his full tweet reads: “If Trump beats Hillary, that means that the scenario of the clash of civilisations created by Samuel will come to light at the hands of the candidate and al-Baghdadi.”

Trump’s political campaign has been full of inflammatory statements, particularly about Muslims. Yet still, he is leading the Republican pack and looks likely to win the chance to run for President later this year.