We're finally getting a hijab emoji...

We’ve got the what’s up on what’s coming to Whatsapp, and it looks like we’re getting a whole bundle of new emojis…

We thought we left hieroglyphics with the Egyptians, but a large majority of millennials possess the inane skill of being able to communicate entirely via emojis.

But there was always something missing…

A hijab emoji. We’ve got all the skin tones on our emoji keyboards, yet we didn’t have an emoji of a woman in a hijab.

Well, that’s soon about to change. We’re officially getting hijab emojis next year.

Here are the proposed pictures for the hijab emojis: 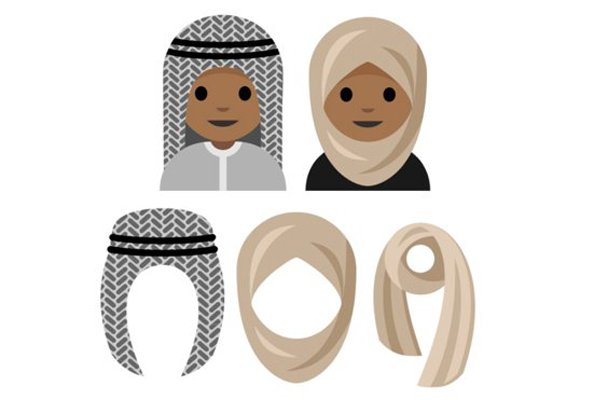 Finally, many people in Dubai will be able to represent themselves, emoji-style.

While an emoji of a man in a keffiya has not yet been confirmed, we can hope to see him on our emoji keyboards in the future.

WHAT OTHER EMOJIS ARE WE GETTING?

As well woman in a hijab, we’ll also be getting a pretzel and a man and woman practicing yoga among many others.

For a full list of the emojis we’re set to receive, head here.

HOW ARE PEOPLE RECEIVING THE HIJAB EMOJI?

It’s the little things sometimes that give hope for the future. There’s going to be a hijab emoji! ?

I think it’s great that they’ll add an emoji with a hijab ?

a hijab emoji too yesss!!

HOW COME WE’RE ONLY GETTING THIS NOW?

A hijab emoji is long overdue, but it was mostly thanks to Rayouf Alhumedhi, a 15-year-old Saudi national who lives in Berlin.

Alhumedhi realised that there was a lack of a hijab emoji, despite the headscarf being worn by around 550 million women around the world.

“The addition of the hijab emoji will prove to be a step forward in tolerance and diversity. It is distinctive and holds a lot of spiritual meaning to millions of women across the globe, recognising its importance will ultimately showcase great appreciation from the Muslim community,” Alhumedhi wrote in her pitch to the Unicode Consortium, the non-profit responsible for developing new emojis (and they listened, as they’ve just announced the hijab will be coming to our phones next year).

“Women all across the globe choose to wear the headscarf because of its evident indication of their faith and identity. However, the hijab stretches much further than a piece of cloth on your head. It also influences the way you talk, the way you act and ultimately, your lifestyle.

“To say it’s an integral aspect of women’s lives is an understatement.”

More…
*Heard a rumour about something in Dubai? Here’s how to clear it up*
*Swearing on Whataspp could cost you Dhs250,000*
*Man in UAE fined Dhs250,000 for threatening to post woman’s photos on Facebook*

WHERE DO NEW EMOJIS COME FROM?

New emojis are approved by Unicode, a company which handles the writing systems in the computer world.

Unicode base new emojis on proposals submitted to them over the past year, including the hijab emoji, as well as a sandwich emoji, T Rex emoji, exploding head emoji and more.

There’s no official release date set, but it’s likely we won’t be getting them until mid-2017.