Like belly laughs? Then you'll love this upcoming comedy festival...

We’ve seen a fair few big-name comedians swing through the city this year (Adam Hill and Jason Manford, to name a few, plus Sean Lock’s just announced a visit).

Which is why we’re pleased to announce that this trend seems set to continue.

McGettigan’s in JLT has just announced it’ll host some of Ireland’s best comedians for the Irish pub’s annual Comedyfest over January 12 and 13 next year.

It’s pretty easy on the pocket, too – for Dhs50, you’ll be granted entry as well as a free drink or BBQ burger (not bad, eh?).

The show will be headlined by up-and-coming youngster Al Porter, a 23-year-old who’s been making quite the name for himself on the UK and Irish comedy circuit.

Check out some of his stuff:

Returning to the McGettigan’s Comedyfest is also Limerick comedian Karl Spain, who’s been around the comedy scene for the better part of two decades.

A whizz in self-deprecating humour and ‘lad culture’, Spain’s toured with some of the UK’s best, including Ed Byrne and Kevin Bridges. 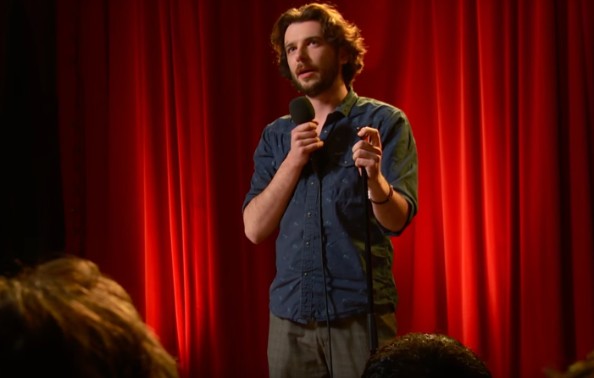 Lastly, comedian Eric Lalor will play MC for the event, and is bound to get the crowd riled up for what seems to be an evening of laughs.

News
Things to do
EDITOR’S PICKS
UAE holiday dates announced for Eid Al Adha
READ MORE
Emirates extends suspension of flights from India to UAE again
READ MORE
Coming soon: Everything we know about Ain Dubai so far
READ MORE
Khorfakkan set to open new tourist attraction 580 metres above sea level
READ MORE
MOST POPULAR
Review: It's chilled vibes all the way at Jumeirah Islands Clubhouse
Review: Carna Dubai, a vibrant steakhouse 74-storeys high
Pics of the week: Your best photos of the UAE
New films to watch in cinemas this week: August 5 to 11
Brilliant evening brunches for every day of the week
YOU SHOULD CHECK OUT
Our website uses cookies and other similar technologies to improve our site and your online experience. By continuing to use our website you consent to cookies being used. Read our privacy policy here.