If you’re enjoying being outside with the cooler weather, you’ll soon be able to enjoy it even more…

Live in The Gardens, Jumeirah Islands, Jumeirah Village Triangle or Nad Al Sheba? Well, we have good news, developers Nakheel have invested Dhs150 million to build 105 kilometres of cycling tracks across its communities in Dubai.

The below picture shows Dubai’s existing cycling tracks in black, with the proposed new Nakheel cycling tracks in blue (the purple shading marks Nakheel-owned purple residential areas). The dotted black lines are proposed tracks to be built at some point in the future (but not by Nakheel). 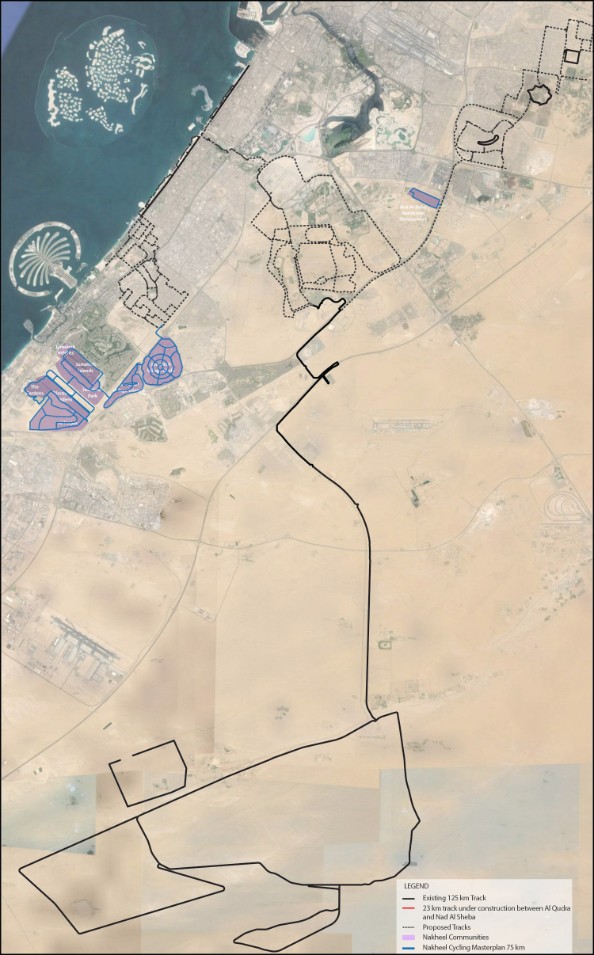 Here’s a zoomed-in version for a closer look at some of the safe-to-cycle tracks that will be built by Nakheel. 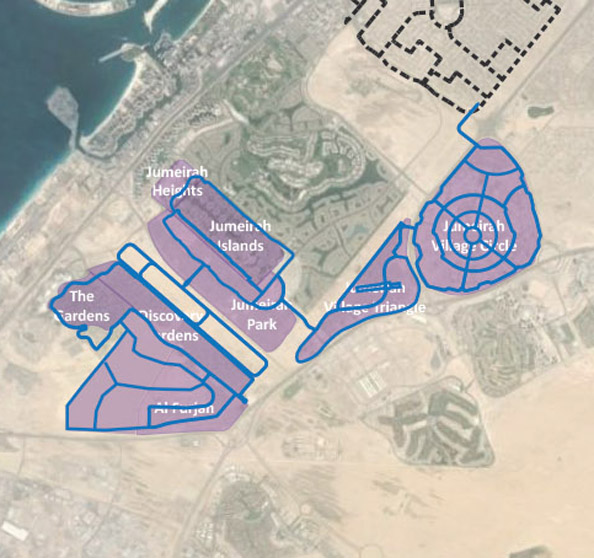 HOW LONG WILL THE CYCLING TRACKS BE?

Oh, and also, don’t forget about the 5.9 km track that’s now near Meydan.

WHEN WILL THEY BE FINISHED BY? 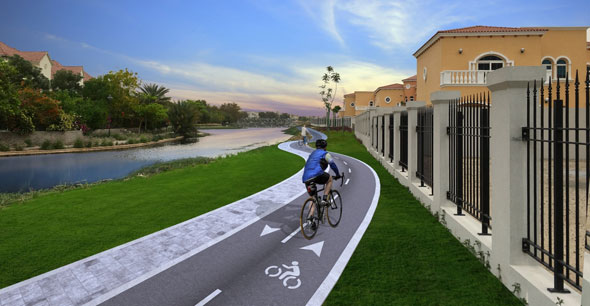 A rendering of the Jumeirah Park track

The new cycling tracks will be constructed over the next two years, with phased delivery between now and Q2 2019. Once the first 105 kilometres of bike tracks have been completed, Nakheel plan to build some more.

“Under our plan, people will be able to bike their way to the shops, school and friends’ houses without getting in the car,” said Nakheel Chairman Ali Rashid Lootah.

News
Sport & Fitness
EDITOR’S PICKS
Here's the full list of UAE public holidays in 2023
READ MORE
23 incredible things to look forward to in the UAE in 2023
READ MORE
Hidden gems: 10 UAE desert pop-ups to discover this winter
READ MORE
Where to travel in 2023: 10 new flight routes from the UAE
READ MORE
MOST POPULAR
Cult Expo bakery, Bread Ahead to open in Mall of The Emirates
First look: Milos by Costas Spiliadis opens in Atlantis the Royal
Upcoming performances, international artists and more in Dubai
16 upcoming shows, sports events, concerts and festivals in Abu Dhabi
Win a holiday around the world with Dubai Creek Resort
YOU SHOULD CHECK OUT
Our website uses cookies and other similar technologies to improve our site and your online experience. By continuing to use our website you consent to cookies being used. Read our privacy policy here.