The UAE wants to establish a city on Mars

There’s the Hyperloop, an upcoming tower that will be taller than the Burj Khalifa and plans for driverless cars dominating the roads – but the UAE’s latest announcement is definitely their most ambitious.

The UAE’s rulers have just revealed their plans to establish the “first inhabitable human settlement in Mars by 2117”. That’s right, people living on the fourth planet from the sun.

And yes, people are expected to land on Mars well before that, but the UAE’s saying it will set up a fully-functioning city (or at least a town) with transport, energy and food systems in place. 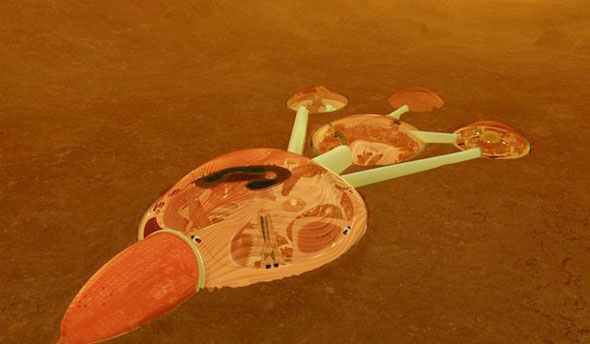 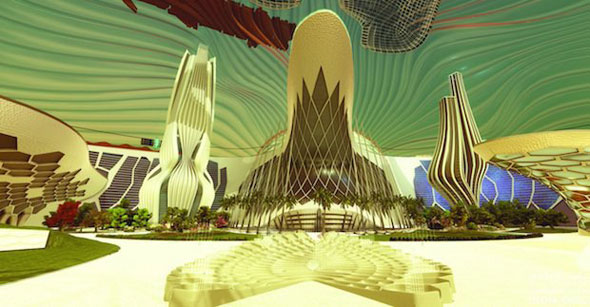 SHEIKH MOHAMMED TO PLANT THE SEED

The Mars 2117 Project will surely outlive everyone reading this (unless medicine takes absolute leaps and bounds), but H.H. Sheikh Mohammed bin Rashid Al Maktoum, ruler of Dubai, says he’s just happy to get it started.

“The new project is a seed that we plant today, and we expect future generations to reap the benefits, driven by its passion to learn to unveil a new knowledge,” Sheikh Mohammed said. “The landing of people on other planets has been a longtime dream for humans. Our aim is that the UAE will spearhead international efforts to make this dream a reality.”

So how does the project start? With strong scientific education in the UAE says Sheikh Mohammed: “The Mars 2117 Project is a long term project, where our first objective is to develop our educational system so our sons will be able to lead scientific research across the various sectors.” 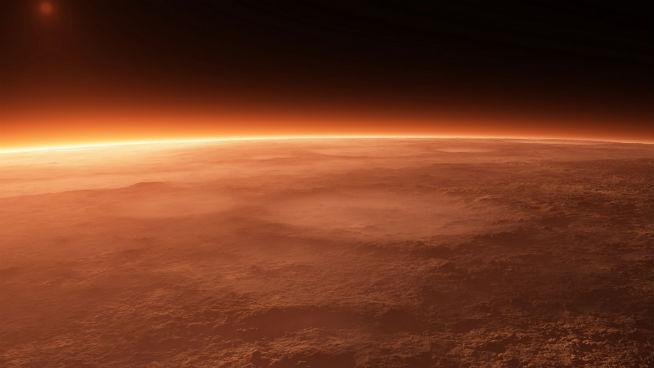 It’s not called the Red Planet for nothing…

KNOWLEDGE TO BE SHARED WITH THE WORLD

He also said that the knowledge gained during the many decades of research about the red planet will not be held just by the UAE – the Emirates will share this information with “all international research institutions”. Why? Well because the “objective of the research is to contribute in facilitating people lives on earth as well, mainly in the domains of transportation, energy and food”.

Remember, the UAE is currently working on the Mars Probe mission – which will send the first Arab spacecraft to Mars for scientific exploration. The plan is to have the probe landing on the planet by 2021.

“Human ambitions have no limits, and whoever looks into the scientific breakthroughs in the current century believes that human abilities can realise the most important human dream,” Sheikh Mohammed said of the ambitious city-on-Mars plan.

The project will look at developing faster means of transportation between Earth and Mars, building a city on the planet (this will be built by robots) with a proper transportation system and learning how to cultivate food and energy on Mars.

THE HISTORY OF HUMANS AND MARS

Unmanned exploration of Mars for scientific research has been an ongoing journey, starting as early as the 1970s – but it’s been a tough journey, almost two-thirds of all Mars missions have failed.

The most successful so far have been NASA’s Mars Exploration Rovers, which have outlived their expected time on Mars – NASA’s Curiosity and Opportunity rovers are now searching for evidence of ancient life on the planet.

ARE OTHER COUNTRIES TRYING TO INHABIT MARS?

Mars looks not unlike much of the landscape that surrounds us in the Middle East. Matt Damon movie The Martian was filmed in Jordan in the gorgeous Wadi Rum.

The short answer is yes. Elon Musk has a company called SpaceX that aims to make a self-sustaining colony of humans on Mars in the next 50 to 100 years. NASA and many other space agencies are looking into it, and even Richard Branson is keen to live there.

“I think it is absolutely realistic. It will happen,” the entrepreneur said recently. “I think over the next 20 years, we will take literally hundreds of thousands of people to space and that will give us the financial resources to do even bigger things.”

BRB, we’re off to freeze ourselves so that we can wake up when everyone’s ready to go to Mars so we can go sandboarding down the Olympus Mons: the largest volcano in the Solar System.

We aspire to great things, so my brother Mohammed bin Zayed and I today decided the UAE will join the global effort to send humans to Mars. pic.twitter.com/BjoieNPIAX

The project, to be named “Mars 2117”, integrates a vision to create a mini-city and community on Mars involving international cooperation. pic.twitter.com/v27jA3K3pS

We aspire in the coming century to develop science, technology and our youth’s passion for knowledge. This project is driven by that vision. pic.twitter.com/4QibJjtiM2

“Mars 2117” includes a major space sciences focus in our universities. We’re building a space pioneering passion among our young people.

The “Mars 2117” project will develop an Emirati and international team of scientists to push the human exploration of Mars in years to come. pic.twitter.com/5ujxvyC8As

“Mars 2117” is a seed we are sowing today to reap the fruit of new generations led by a passion for science and advancing human knowledge. pic.twitter.com/IExtnpiO2B