One of Abu Dhabi’s fastest-growing neighbourhoods is going to look very different by 2020, when its first hotel opens featuring a wellness retreat, restaurants and lots more
Al Reem Island is getting it’s first hotel. Vida Beach Reem Island is scheduled to open in 2020 and will feature Vida Beach Reem Island Abu Dhabi, a hotel with 262 rooms, and Vida Beach Residences Reem Island Abu Dhabi. The latter will offer 192 serviced residences. What’s more, the island is getting an additional 329 apartments situated in two towers in a marina right next to the hotel.
Vida Beach will also be home to restaurants, business centres, a spa and fitness centre and, perhaps not surprisingly given the name, a beach. The group behind the project, Emaar Hospitality, have described Vida Beach as an “Upscale urban lifestyle resort in a marina setting”, and construction work will begin on the site in the second half of 2017, so get ready to see a fair few more lorries trundling up and down the roads near Sun And Sky Towers and Gate Towers. 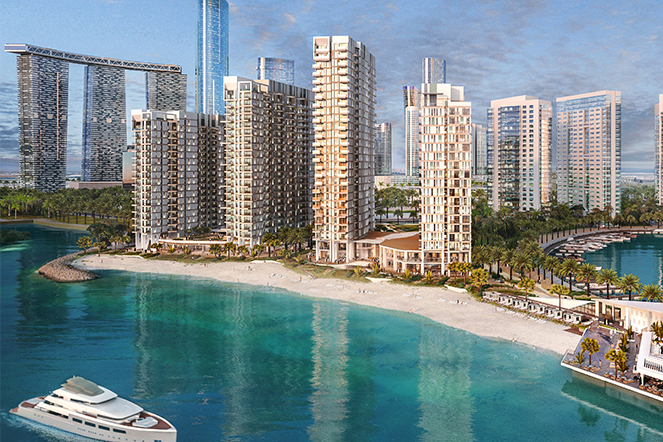 So where will it be situated on Reem? Looking at the images supplied by Emaar, What’s On’s guess is on the road behind Arc and Gate Towers, heading towards Repton School.
The Vida project follows the news of several other high-profile developments taking place on the island, including its new mall that will feature a ski slope, plus The Bridges; six new apartment blocks surrounding a canal. Repton School’s new building, right next to Gate Towers, is also scheduled to open at the end of 2017.
The island is going to look very different come 2020.

Culture
News
Restaurants
Spas
Staycations
Things to do
Well-being
EDITOR’S PICKS
Ramadan in Dubai: 38 iftars to try
READ MORE
Where can Dubai residents travel? Check out these 14 destinations
READ MORE
Rumours, facts and reveals: New Abu Dhabi bars and restaurants
READ MORE
UAE announces reduced working hours for Ramadan 2021
READ MORE
MOST POPULAR
How many days will we get off for Eid Al Fitr 2021?
Urban Outfitters' sister brand Anthropologie to open in The Dubai Mall
This double vacation offer includes stays in both Dubai and the Maldives
Dog of the Month: ubk launches unique social media competition
Watch: A House of Artisans has opened in Abu Dhabi
YOU SHOULD CHECK OUT
Our website uses cookies and other similar technologies to improve our site and your online experience. By continuing to use our website you consent to cookies being used. Read our privacy policy here.