Dubai Creek: 8 things to know about this iconic waterway

It has flowed quietly through time, but how much do you really know about the historic heart of the city? Here is the story of Dubai Creek.

1. The earliest known reference to Dubai Creek, or Khor Dubai, can be found in an 1822 report by a British naval surveyor.

2. The creek’s significance can be traced back to 1902, when HH Sheikh Maktoum bin Hasher – the ruler of Dubai – abolished all custom duties on imports, essentially creating a free trade zone. Dubai became a major trading hub, with much of the activity centred around the creek.

3. Dubai Creek was also the starting and finishing point for pearling expeditions, which once formed the backbone of the economy. Some 3000 vessels were employed in the trade, departing in May and not returning until mid-September. Pearl divers lived on a frugal diet of dates, fish, rice and coffee, and made up to 50 dives a day.

ALSO READ:
*A special feast was held for the hard-working sailors of Dubai Creek*
*Sheikh Mohammed on why Dubai Creek is so important*

4. Fishing was the other main industry based along the waterway, thanks to its warm, shallow waters that were home to diverse marine life. Wooden dhows used for fishing were often built right on the shores of the creek. 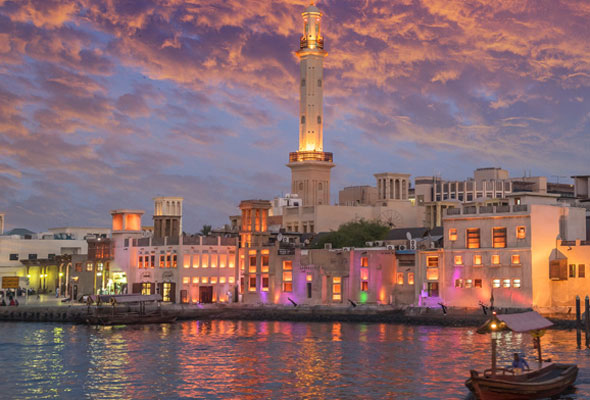 5. Before Dubai got its airport, seaplanes used to land on Dubai Creek. In fact, the first plane to touch down in the UAE landed on the creek in 1937, carrying passengers from Southhampton to Karachi. During WWII, eight seaplanes a week were landing at Dubai Creek.

6. Due to its limited depth, large vessels were not able to enter the creek. That changed in the late 1950s and early 1960s, when the creek was dredged to make it wider and deeper. Ships of up to 500 tonnes were now able to anchor there, and Dubai’s trade levels soared. 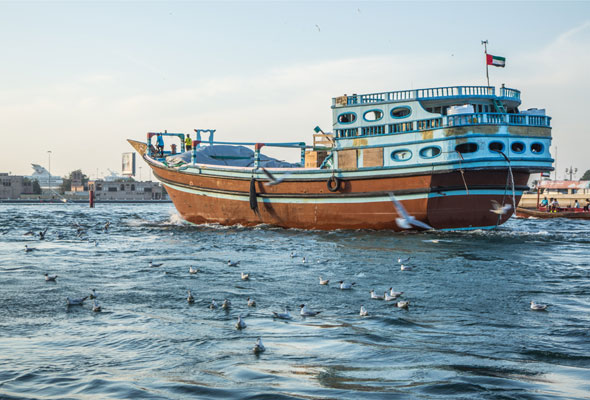 7. Until the construction of Al Maktoum Bridge in 1963 – the first bridge in Dubai – the only way to get from one side of the creek to the other was a long journey by land around the waterway, or a ride in an abra. Before motors were introduced, abras were powered by oar. Today, you can still cross the creek in an abra for one dirham.

8. Dubai Creek historically divided the city into two sections, Deira and Bur Dubai, coming to an end at the Ras Al Khor Wildlife Sanctuary. However, with the Dubai Water Canal, it now extends all the way to the Arabian Gulf, effectively turning part of the city into an island.

Transport
Travel
EDITOR’S PICKS
Ramadan in Dubai: 40 iftars to try
READ MORE
Where can Dubai residents travel? Check out these 14 destinations
READ MORE
Rumours, facts and reveals: New Abu Dhabi bars and restaurants
READ MORE
UAE announces reduced working hours for Ramadan 2021
READ MORE
MOST POPULAR
Sheraton Mall of the Emirates has a lot to offer this Ramadan
Looking for a cosy long stay residence in Dubai? Check this out...
Have you spotted the new Talabat Patrol team on Abu Dhabi roads?
Iftar home delivery for one? Here are some options...
Stunning Australian restaurant Hunter & Barrel is now open
YOU SHOULD CHECK OUT
Our website uses cookies and other similar technologies to improve our site and your online experience. By continuing to use our website you consent to cookies being used. Read our privacy policy here.