Dubai is attempting another Guinness World Record this weekend

Calling all Emoji-wannabes (we bags being the laughing smiley face)…

Dubai already holds the Guinness World Record for the tallest chocolate sculpture (a 44ft replica of the Burj Khalifa), the fastest police car in service (it’s a 1,000 horse-power Bugatti Veyron) and the most nationalities having a continental breakfast together (it’s 101, in case you were wondering). 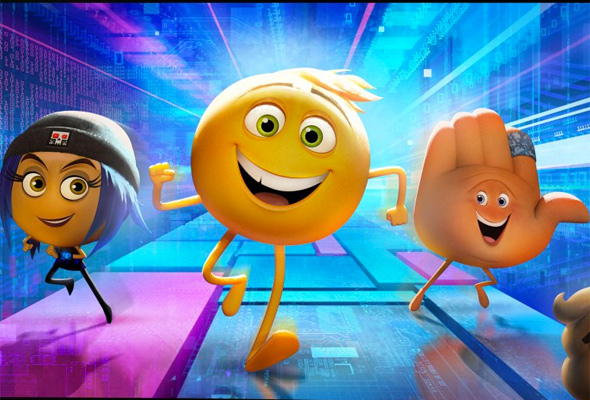 This weekend Dubai is attempting another Guinness World Record to celebrate World Emoji Day (July 17). So what is it? Well, this Saturday July 15, movie distributor Empire will aim to create the largest gathering of people dressed as emojis. The world record attempt coincides with the release of the Emoji Movie, which hits cinemas next month.

ALSO READ:
Dubai gamers are in the midst of beating a Guinness World Record
UAE can now officially submit films to the Academy Awards

The attempt will take place at Dubai Mall Ice Rink from 4:30pm- 6:30pm on Saturday, and costumes will be provided. So will it be Emojis on ice?

Dubai isn’t the only one getting involved. The UAE will be part of simultaneous events in Brazil, UK, China, Russia and Ireland to set the record.

Empire, who are looking for 150 participants, are still running competitions for those who want to get involved. For more info head to Empire Movies Facebook page. But if you don’t make the cut to get into costume, it’ll still definitely be an interesting spectator sport.

What Guinness World Record would you like Dubai to attempt next?

News
Things to do
EDITOR’S PICKS
Here's the full list of UAE public holidays in 2023
READ MORE
23 incredible things to look forward to in the UAE in 2023
READ MORE
Hidden gems: 10 UAE desert pop-ups to discover this winter
READ MORE
Where to travel in 2023: 10 new flight routes from the UAE
READ MORE
MOST POPULAR
The Wizarding World officially comes to Dubai
11 homegrown UAE restaurants that have gone global
13 new brunches in Dubai that will spice up your February
You can now tour these 12 ladies' nights on Yas Island
Sweep your special someone off their feet at TH8 Palm Jumeirah
YOU SHOULD CHECK OUT
Our website uses cookies and other similar technologies to improve our site and your online experience. By continuing to use our website you consent to cookies being used. Read our privacy policy here.