10 things to look forward to this September in Dubai

We’ve made it through the summer Dubai. It’s finally getting cooler…

So that means one thing; winter is coming. And that means shirts that aren’t dripping in sweat, rooftop restaurants are re-opening and no one is trying to fry an egg on the pavement. (FYI, it doesn’t work). 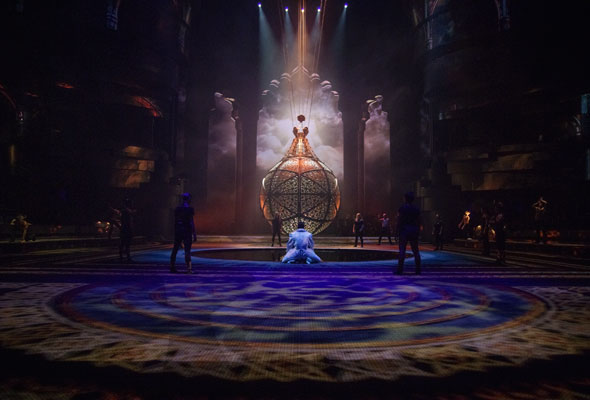 The highly anticipated Franco Dragone water-based show La Perle is now open. The 1,300-seat theatre, located in Al Habtoor City, is the only one of its kind in the world, and consists of an aqua-stage filled with 2.7 million litres of water. The theatre has been custom-built for an international cast of 65 skilled artists, who will demonstrate stunning aquatic and aerial stunts during the 90-minute live show. Shows take place twice a night, five days a week and tickets start from Dhs400.

September 1: The return of Reif 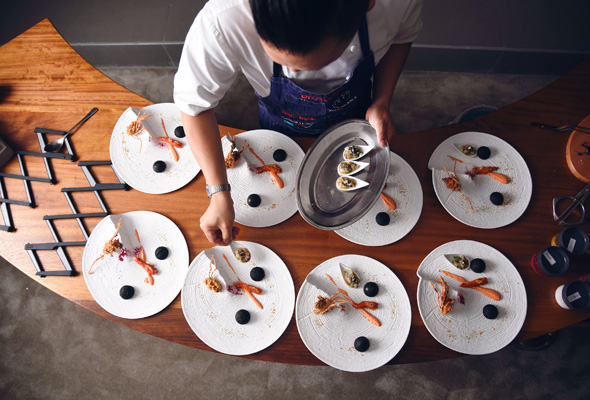 The Experience by Reif Othman, an intimate chef’s table experience by PLAY returns this September. In the setting of quaint views and exquisite interiors, The Experience is designed to seat just 12 people. Chef Reif creates a bespoke menu tailor-made to suit the appetite and preferences of the guests using internationally-sourced, handpicked ingredients. The menu is cooked and served by award-winning Chef Reif in this unconventional, creative chef’s table from his adjacent open plan kitchen. 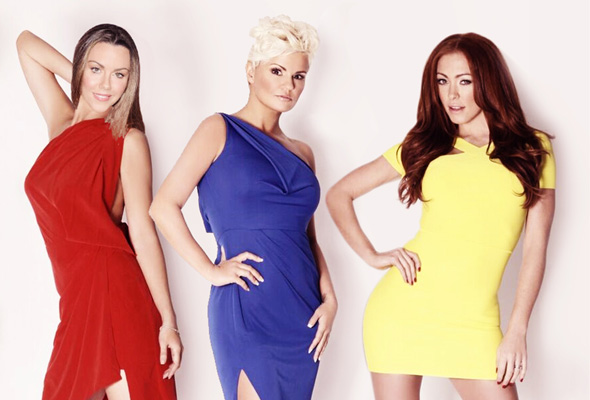 Le Meridien Dubai is set to launch their second ‘wow, that’s what I call brunch’ on Friday September 15 with two classic ’90s bands. The retro-themed brunch party will host Eurodance favourites, Culture Beat, who are best known for their 1993 hit, Mr Vain, which topped the charts in over 11 European countries. Also there will be girl band Atomic Kitten, featuring Natasha Hamilton, Kerry Katona and Michelle Heaton, covering all their classic hits, from Right Now to Tide Is High. It’s a three-hour brunch and concert package priced at Dhs569.

September 17: Dine by the beach 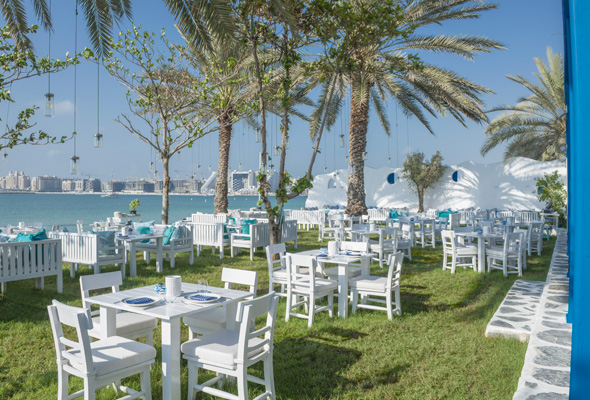 The popular whitewashed Fish Beach Taverna brought a Mediterranean vibe to Dubai’s dining scene when it opened last September. After a short summer break, the team are back from Sunday September 17 serving up seafood, Insta-worthy sunsets and a relaxing beachside soundtrack from their outdoor beachfront spot. It’s fuss-free food that’s all about fresh ingredients from Turkey and Greece with a Mediterranean influence.

September 22: Season opening of a superclub

BASE, the open-air superclub that landed in Dubai Design District in April, returns for its season opening on Friday September 22. Although a line up is yet to be announced, last season’s line up included Axwell, Tyga and 50 cent, so you can expect some pretty big names. 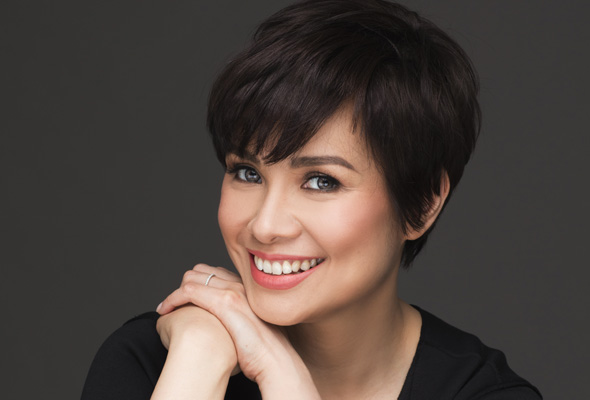 Behind the Oscar-winning song A Whole New World from Disney’s 1992 animation, Aladdin, is a voice with an amazing story. Lea Salonga was just seven years old when she started performing in the Philippines. By the age of 17 she had been whisked to London’s West End where she beat out hundreds of other singers from around the world to star in what would become one of the biggest musicals of all time, Miss Saigon. She is the first Asian woman to win a Tony for a Broadway performance. Not only a musical legend, she’s a Disney princess too.

September date to be announced: The re-opening of a sleek DIFC bar 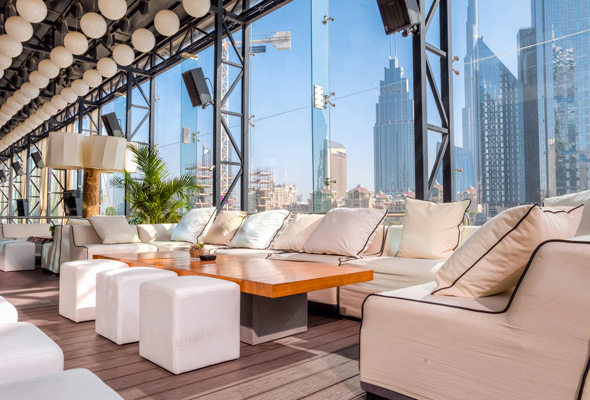 Although this chic lounge opened back in April, it’s been closed for the summer and is reopening this September. Serving seven types of international cuisine, seven signature cocktails (anyone else seeing a pattern?) it’s an open-air space with great Burj Khalifa views. The food is designed to be shared, with snacking dishes from seven corners of the globe, and there’s an option to order a platter from each country for social snacking. There will also be new season offers including a ladies’ night, brunch and business lunch menu. 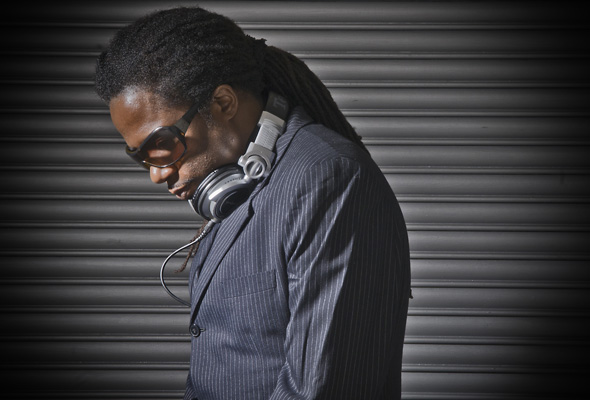 Jonathan Ulysses will be on deck duty at Q43 for one night only this Thursday September 28 for the lounge’s ‘Than-Q part’ six event. The legendary DJ will showcase dance tracks and fresh house music cuts. Jonathan Ulysses has had a 15 year DJ career that included over a decade as resident DJ at the “World’s Best Club”, Space Ibiza. Plus, it’s free entry all night. 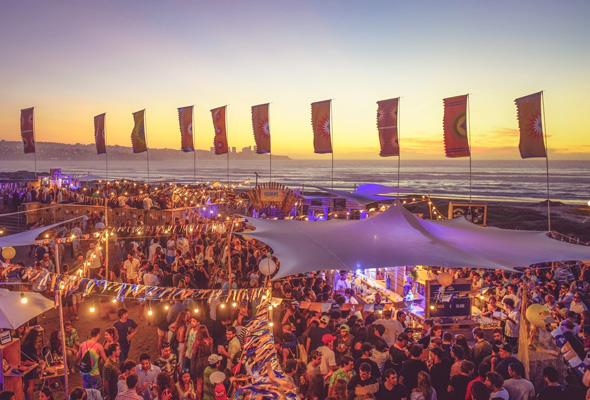 It’s time to get back outside and enjoy the beach, so head down to Nasimi Beach at Atlantis the Palm for a two-day beach festival. The Casa Playa boho beach festival is a two-day extravaganza as part of Nasimi’s opening party for the season. You can look forward to live music from international acts and DJs, stand-up paddle boarding, water volleyball and even a raft-building contest.

September date to be announced: A second serving of a Dubai stalwart 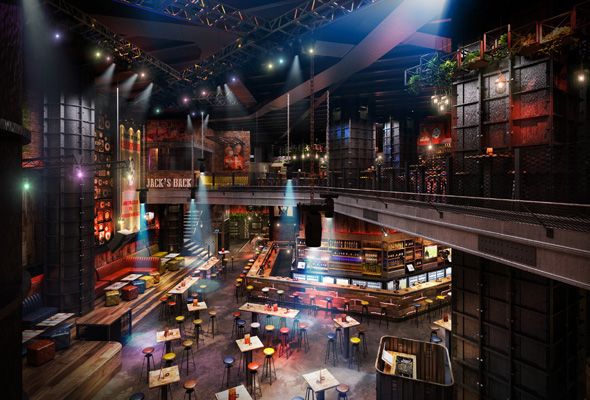 What’s On’s favourite bar 2016 winner Lock Stock & Barrel has proven so popular that a second one is opening at the Rixos Premium, JBR. It’s going to be twice the size of the original. It will have seating for up to 600 and will be more food-focused on the second floor, with food containers serving Lebanese, Chinese, British, Indian and American dishes. Downstairs retains similar design and music elements to the original Barsha Heights venue, with a mix of high seating, leather booths and a front-facing stage. An opening date is yet to be confirmed.

News
EDITOR’S PICKS
UAE holiday dates announced for Eid Al Adha
READ MORE
Emirates extends suspension of flights from India to UAE again
READ MORE
Coming soon: Everything we know about Ain Dubai so far
READ MORE
Khorfakkan set to open new tourist attraction 580 metres above sea level
READ MORE
MOST POPULAR
It's Dhs350 to brunch, stay and play at the What's On Lock In this weekend
A popular fairy-tale is gracing the stage at The Theatre at Mall of the Emirates in August
UAE petrol prices will increase again in August 2021
Exclusive interview: John Cena on his role as a 'douchey Captain America'
The stunning SLS Dubai hotel launches a luxe spa-cation
Pics of the week: Your best photos of the UAE
YOU SHOULD CHECK OUT
Our website uses cookies and other similar technologies to improve our site and your online experience. By continuing to use our website you consent to cookies being used. Read our privacy policy here.