Sheikh Mohammed's bid to boost education in the Arab world...

He wants to translate 11 million words of science and math learning into the Arabic language (and 5,000 videos)…

“If we want to open doors of hope to millions, we must open the doors for them to science and knowledge,” said H.H. Sheikh Mohammed bin Rashid Al Maktoum last year when launching an initiative to set up 2,000 libraries across the Arabic-speaking world.

And yesterday he made another step towards helping boost education in the region, launching the Mohammed bin Rashid Arabic E-Learning Project, which aims to translate 5,000 videos and 11 million words of world-class math and science material into Arabic. 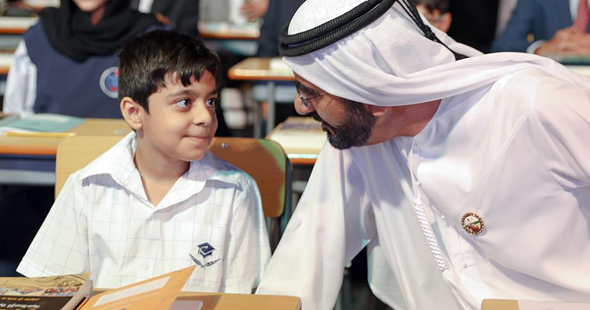 “Translation is the foundation of a cultural renaissance,” says Sheikh Mohammed.

“Our goal is to provide high standard academic material in science and maths to all Arab students,” he explained. “This project is the first step in a long journey to improve education in the Arab world, and make it accessible to millions of Arab students. Translation is the foundation of a cultural renaissance, and opens the doors to intellectual enlightenment.”

The translated material will be available for free online, helping a potential 50 million students from kindergarten to Grade 12, and a lot of it will come from the excellent Khan Academy, an online learning tool set up in 2005 by educator Sal Khan.

“The reality of the education system in the Arab world may be disappointing, however today we light a candle of hope. I believe in the unbound potential of Arab students when they have access to the necessary resources, tools and material to excel.” Sheikh Mohammed explained. 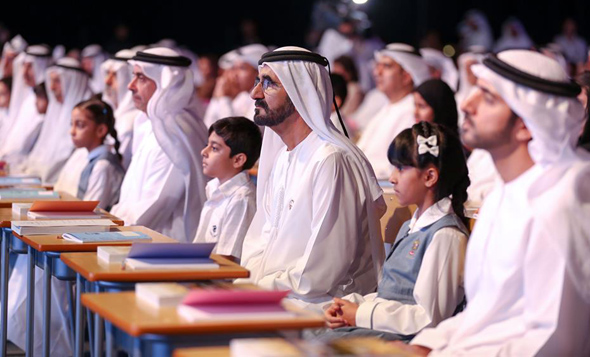 Sheikh Mohammed says he believes in the Arab students of today, but that they need to be given the tools to learn.

And he wants the Arab world to help with the translation – but to ensure the translations are quality, there is an application and selection process. You can apply to help the initiative here, it only takes 5 minutes, and you’ll need to do so before October 18. The volunteers selected to help the programme will be notified by November 8.

The challenge will last one year, and by the end of that year they hope to have translated 11 million words.

It’s not just translators they need either, here are the skills they are looking for:

– The translation team (translating from English to Arabic)

Also, if you have a project idea that you think will help the translation challenge, you can apply as well, and they say they “will review all development ideas and support the ideas [logistically and fiscally] we want to pursue”. 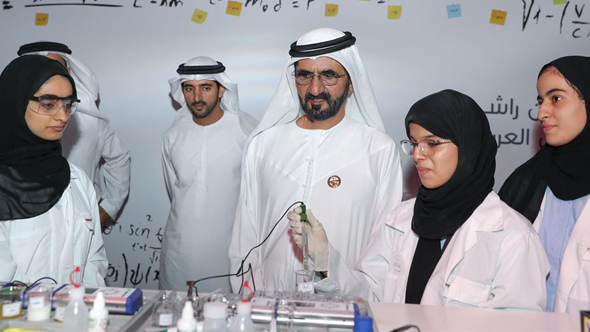 “If we want to open doors of hope to millions, we must open the doors for them to science and knowledge.”

“At that time, we were pioneers, leaders, open to all cultures. We became a beacon for humanity, and paved the way for the European Renaissance. Did you know, Paulo, that in the 9th century, our region had over 100 publishing houses on the outskirts of Baghdad alone? Those publishing houses published thousands of books. They were also home to more than just publishers; they were cultural hubs where scientists, researchers, intellectuals and translators from myriad religions, civilisations and walks of life gathered to share ideas and debate. We also had a ‘House of Wisdom’, which housed over a million books, and where hundreds of writers and thinkers lived. When its life was centred around books, Baghdad was, my friend, a beacon in the worlds of astronomy, medicine, mathematics and philosophy. Where is Baghdad today?”

Sheikh Mohammed himself began studying Arabic and Islamic Studies from the age of four, going on to the Al Ahmedia School, the Al Shaad School and then Dubai Secondary School. He also went to Mons Officer Cadet School (aka Sandhurst) in the UK, where he was given the ‘Sword of Honour’ for being the top all-round student of his year.

This year the winner of the Sword of Honour at Sandhurst was also an Emirati – Ahmed Suhail Fares Al Mazrouei. The promising soldier also happens to be the twin brother of HE Shamma Bint Suhail Faris Al Mazrui, the UAE’s Minister of Youth (she’s the world’s youngest cabinet minister at 22). Quite a family!