He said he believes that we have no other option but to “reignite development” in the region. Why?

Well, he noted that only 20,000 books are printed in the Arab world annually (the same number as the small country of Romania).

Sheikh Mohammed’s wife Princess Haya was in the crowd during his speech.

He pointed out that more discussion is needed considering a “trillion USD is wasted in the region due to corruption”, “57 million Arabs are illiterate”, “13.5 million Arab children aren’t enrolled in a school this year”, “30 million Arabs are living in poverty” (and that poverty has increased by 80 per cent in the past two years alone).

We brought you some highlights here, but now the full English transcript has been released, so we can bring you even more quotes from Dubai’s leader (and some are very candid)…

DOES HE HAVE HOPE FOR THE REGION?

“This region is the birthplace of major human civilizations. There should be hope. If I didn’t have hope, I wouldn’t be wasting my time and the time of all those involved in this. I believe in the human spirit. Humans are the ones who made civilizations so they should also be able to revive them.”

ON RELATIONS WITH THE US UNDER TRUMP 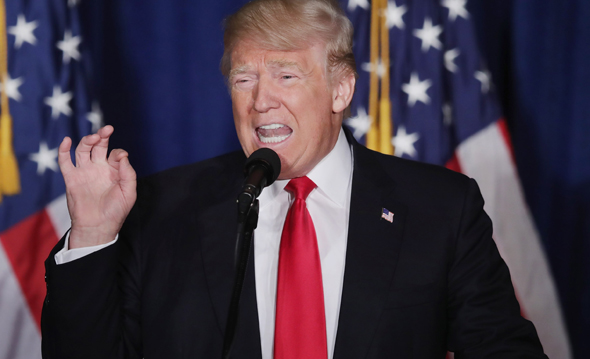 “Our relationships are with countries not people. We shared our thoughts with the new President and we seek to safeguard the interests of our country.

“Some say that previous governments made mistakes. Yes, they did make mistakes, like invading Iraq and supporting Arab uprisings. How much did the US lose in the Iraq war and how much did Iraq lose during the invasions? This had a very negative impact on Iraq, and instead of Iraq becoming a positive example for the Arab world, as they claimed it would have before the invasion, Iraq is now a very bad example.”

*ALSO: Two Trumps are coming to Dubai this weekend*

ON HOW THE MEDIA CAN DIVIDE

I have many friends in the media. Today I want to be frank. The media has incited the revolution. We have 1,300 channels worth 30 billion in the Arab world. What did we gain from them? We have channels that promote sectarianism [between Sunni and Shia] and they are the reason behind a lot that has happened in the region. They incited hatred.”

DO YOU BELIEVE IN CONSPIRACIES AGAINST COUNTRIES?

“Yes, I believe in some conspiracy theories. I think countries do spy on each other for their own benefit, even as part of their planning. They may even try to sabotage your plans for the benefit of their nation’s. These conspiracies exist and will remain. Even during the US elections there was talk about conspiracies, but if a country says we are victims of a conspiracy and then stops working, this is a mistake.

Here in the UAE we have faced conspiracies, media campaigns, economic wars. But we never stopped, it only made us more determined.”

ON HOW SOME ARAB LEADERS NEED TO GET REAL

“Arab leaders are surrounded by officials who keep saying everything is fine, and people are happy. But the indicators are clear – people are unhappy. The economy is weak, there are millions of unemployed graduates who have lost hope in the future.”

ON HIS SHAKE UP OF THE DUBAI MUNICIPALITY

*Sheikh Mohammed famously restructured part of the government department’s management team after he turned up their one morning to find few managers at work.

“Some say that I rushed the decision. I want to tell you that I am held responsible in front of Allah and my people. We don’t accept the neglect of duty in serving our people. Senior executives in the Municipality did great things in the past. Personally, I used to follow up on their performance through a secret shopper. In the last one-and-a-half years we gave them a task and project, but we found that they have reached a stage where they were not performing, and they were thinking they were irreplaceable and nobody could touch them. We needed fresh blood. So we sent them into retirement and thanked them for their services.”

You can watch the whole speech here. Click on ‘CC’ for English subtitles…

ON THE POWER OF ARAB WOMEN

ON HOW DUBAI ALMOST HELPED BUILD A CITY IN LIBYA…

“After Libya acknowledged that it had abandoned its nuclear problem and the ban on it lifted, (Muammar) Al Gaddafi called and said he wanted to create a city like Dubai. We could not say no to an Arab country that approached us, so we sent a delegation and they inspected the site and they suggested a project to Al Gaddafi. It included shopping malls, a financial hub, schools. But when the team started its work, conflicts started arising within Al Gaddafi’s team. They wanted to benefit from the project, as they wanted to please all parties, so we asked the team to come back. If the project was implemented it would have benefited Libya and Africa and things in Libya could have been different. Corruption harms everything, for example, if the actual cost of a project is 100 million, they say it costs 1000 million and the official gets 900 million.”

ON HIS HATRED OF CORRUPTION

“Corruption is bribery and it exists everywhere. For example, if you arrive at an airport and see bribery, how will things be? We went to some countries and we saw corruption, so we decided not to invest there. In some countries, corruption is considered normal and some people think it is their right. We don’t tolerate corruption. We have zero tolerance here.”

ON WHY MOST OF THE ARAB WORLD ISN’T FLOURISHING

“The Arab world has educated people, natural resources, financial resources, rivers, mountains, hills, fertile land. We have everything and will continue to have this. But the will is missing. And so is the efficient management of these resources. Even in sports management we have failed. For instance, the population of the Arab world is 300 million. The USA’s is also 300 million. But compare the number of Olympic medals the US won with that won by Arab countries. This is a failure and we need to fix it.”

*ALSO READ: Sheikh Mohammed: The weapon of the Arab world is knowledge*

ON WHY HE’S SO FOCUSED ON EMIRATI YOUTH

“At the time of the establishment of the UAE, we had only 40 graduates. Now we have 77 universities… we are focused on developing leaders that we are proud of. We launched the Hope Project, the UAE’s mission to Mars, and I am happy that most of those involved in it are UAE nationals in their 20s. We invite anyone who doubts this to come and verify it for themselves.” 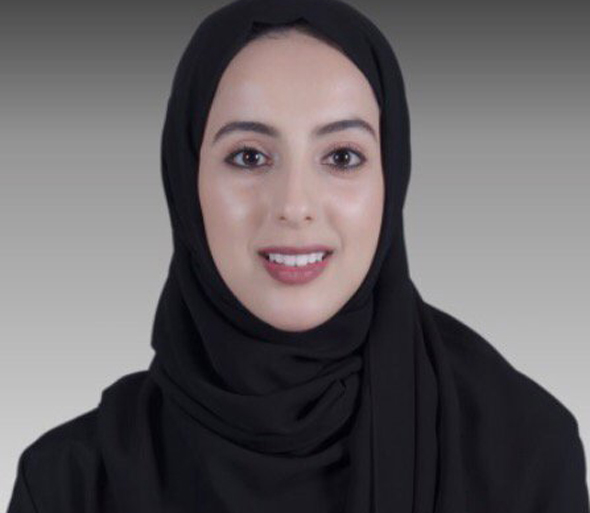 The UAE’s Minister of Youth

HIS ADVICE FOR OTHER ARAB OFFICIALS?

“We don’t pretend we can achieve perfection. Every day we keep learning new things. We never waste time. Time never comes back. Just like water that flows in the river, it never comes back. The experience of the UAE is available for everyone and we can share with those who would like to learn from it.”

ON WHAT HE THINKS OF THE ‘ARAB COMMON MARKET*’ IDEA

“‘The Arab Common Market’. We keep hearing these words. It was a dream, but today my advice is to stop talking about this. This is an old dream. Trade ministers are still talking and discussing the Arab Common Market. Today we are in 2017 and are living in a globalised market. I advise them to stop the dream of the ‘70s and if you want to open up, open to the whole world, not just to your neighbours.

Today there are no barriers. For example, our carriers serve 260 airports worldwide and we receive tourists from all across the world, unlike some closed countries. Today we placed an order for new airplanes worth more than 1 billion dollars. We also re-export products coming from China to Africa. The world has become a small village and you should be part of it. If you want to be closed, you will lose. The market is open.”

ON HIS LOVE FOR EGYPT

“The UAE and its people love Egypt and Egyptians. They were our teachers when we were young. I want to remind you that the UAE stood with Egypt when Arab leaders refused to let it be part of the Arab League. I was present when Sheikh Zayed insisted that Egypt should return to the Arab League as it is the spirit of the Arab World. Arab leaders at the time said that they are against the return of Egypt. They said ‘nobody is with you’. But finally Egypt returned to the Arab League and Sheikh Zayed backed its return.”

CAN WE SEPARATE RELIGION FROM THE STATE?

“Before Islam, tribes used to fight and invade each other, but with Islam there was a civilization that served the whole world. But now, ignorant people with half knowledge are killing people in the name of religion. They do all these acts of violence in Europe and America in the name of religion. The religion is a message of peace to all humanity. But these people are ignorant and have nothing to do with religion as they don’t understand religion at all.”

HIS VIEW ON THE ARAB LEAGUE

The league should unify the Arab World. My advice to the league is that it should encourage Arab people and talent because many youth have a positive spirit and constructive ideas. The league should unify Arab hearts. I hope that the League opens a branch in the UAE. We are ready to offer intensive training and share knowledge to prepare the youth for leadership and management.”

*ALSO READ: Sheikh Mohammed’s vision for the future of Dubai* 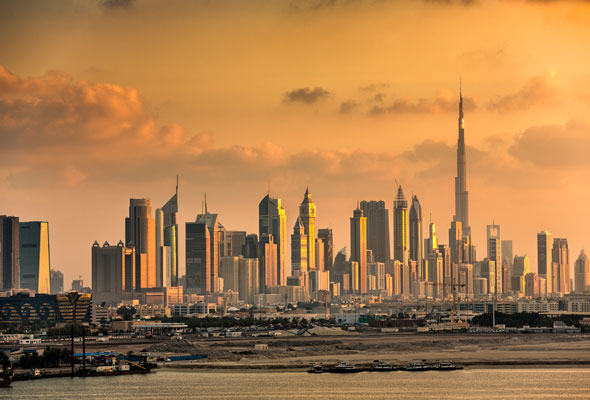 AND ON HOW HE MANAGES HIS TIME…

“If we had 48 hours in a day, we would have four Dubais and two UAEs. Time management is very important. Time flies and it won’t come back. That’s why I insist on learning new things every day. That’s why we need time for sports and time to meditate so that we can better serve our people and country. Success is 50 per cent, the other 50 per cent is the failure of your opponent.”