If you’re a fan of Fred Flintstone or Wile E. Coyote, then this is the news you’ve been waiting for

Warner Bros. World Abu Dhabi has revealed info about two more of the worlds that will feature in the park when it opens this summer in the capital. The theme park, the world’s first-ever indoor Warner Bros. entertainment venue, will be home to Bedrock and Dynamite Gulch. In total, there are four rides to try in the two lands. 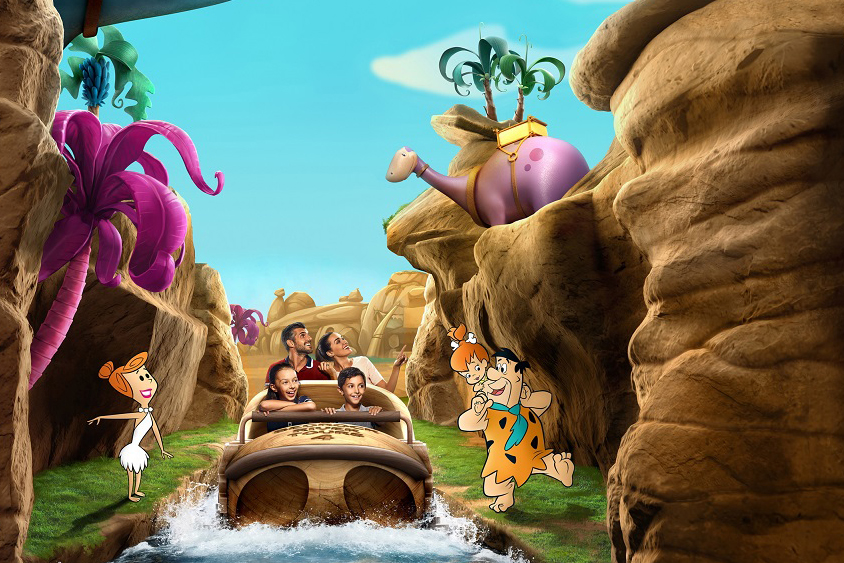 Bedrock is home to the characters from the classic, prehistoric cartoon series The Flintstones, such as Fred, Wilma and Pebbles Flintstone, plus their neighbours, the Rubble family (Barney, Betty and their kidlet Bamm-Bamm). Visitors to the park can go on a Bedrock River Adventure boat tour here and explore stone-age wetlands, prehistoric neighbourhoods and more in eight-seater boats.

Meanwhile, in Dynamite Gulch, you can meet characters including Road Runner and Wile E. Coyote, as well as fellow, legendary animated characters Marvin The Martian, Yosemite Sam, and The Jetsons.

Visitors can go for a spin on Wile E. Coyote and the Road Runner’s very own rollercoaster, called the Fast and Furry-ous Roller Coaster (the ‘coaster is the Coyote’s ACME Road Rocket 9000). Another ride, the The Jetsons Cosmic Orbiter, is a futurist spaceship visitors get to fly – it’s been called a “high energy ride that circles a space-age landing pad.” 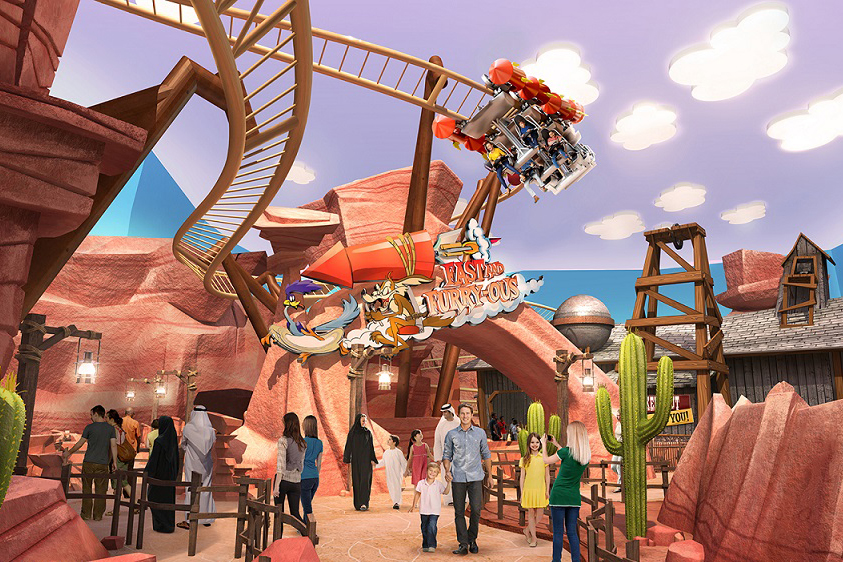 There’s no official opening date for the park yet, but we do know it will be home to 29 rides and will feature six themed lands inspired by DC Comics and Warner Bros Animation characters including Superman, Wonder Woman, Bugs Bunny and Scooby-Doo, as well as Gotham City characters such as Batman. You can check out our guide to the zones here.