Regarded as the richest horse race in the world, the prize money given at Dubai World Cup has just been increased to a staggering $35 million (Dhs129 million).

HH Sheikh Mohammed bin Rashid Al Maktoum, Vice President and Prime Minister of the UAE and Ruler of Dubai, has issued directives to increase the prize money of the main Dubai World Cup race to $12 million (Dhs44 million), with the total prize money awarded at the various races held during the Cup to $35 million. 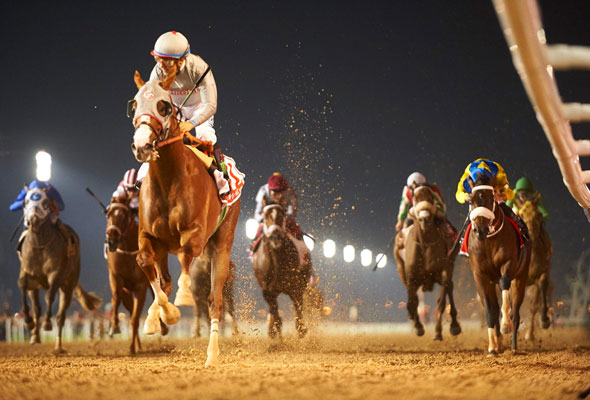 Effective from the 2018-2019 racing season, the Dubai ruler also issued directives to increase the prize money given at other races at the Meydan Racecourse to $1.83 million (Dhs6.7 million)

Saeed Humaid Al Tayer, Board Chairman of Meydan said the increase in the event’s prize money ‘highlights Sheikh Mohammed’s keenness to support the growth of horse racing, and ensure that the UAE has a superior infrastructure for the development of sport in general and horse racing in particular’.

The annual Dubai World Cup takes place in March each year, drawing crowds of racing fans from around the world to the stands of Meydan.