The pop singer will take to the stage at the Autism Rocks Arena on October 26.

The line-up for this month’s Fiesta De Los Muertos has just been revealed, and it’s good news for Nick Jonas fans.

The former Jonas Brother was supposed to headline last year’s Halloween-themed music festival, but cancelled due to an unforeseen change in his schedule. But the Jealous singer is set to make up for it this year, taking to the stage at Autism Rocks Arena on October 26.

Have a listen to his latest single, Right Now:

ALSO READ:
The outdoor cinema is returning to Dubai Marina this month
The dates for the 2019 Dubai Shopping Festival have been announced

The Mariachis are always a crowd-pleasing act: 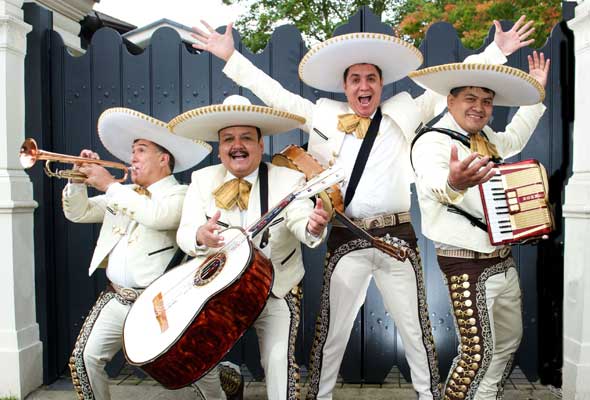 Tickets go on sale from Sunday, October 7, and the first batch will be available for Dhs250 for 24 hours. The second wave of early bird tickets will then be released at Dhs290, also for 24 hours. Regular general admission tickets will cost Dhs345.

This will be the third edition of Fiesta De Los Muertos. Last year’s festival saw a huge line-up including Gorillaz, Stormzy and Carly Rae Jepsen.

Nightlife
EDITOR’S PICKS
Ramadan in Dubai: 48 iftars to try
READ MORE
Where can Dubai residents travel? Check out these 14 destinations
READ MORE
Rumours, facts and reveals: New Abu Dhabi bars and restaurants
READ MORE
UAE announces reduced working hours for Ramadan 2021
READ MORE
MOST POPULAR
UAE: Strict restrictions may soon be in place for those who aren't vaccinated
Review: Rainforest camping at The Green Planet Dubai
The rules for children wearing face masks have been updated in UAE
Etihad sale: Surprise gift boxes and a chance to win 50 times your airfare
Break your fast in style at W Dubai - The Palm this Ramadan
YOU SHOULD CHECK OUT
Our website uses cookies and other similar technologies to improve our site and your online experience. By continuing to use our website you consent to cookies being used. Read our privacy policy here.