Things to do
TV

Channel your inner Tokyo, Rio, Denver or even ‘Dubai’ to take on the new jump park…

Money Heist, or La Casa de Papel, the Spanish TV which took Netflix by storm in 2019, follows a group of bank robbers as they attempt to make and steal millions of Euros. If you were captured by the popular programme, Street Maniax is offering you the chance to become part of the elusive team for one night.

Thursday’s party will take place from 7pm to 11pm, priced at Dhs80 for one hour and Dhs250 for all four hours. You’re invited to wear your best Money Heist costume, then the park is all yours to let loose.

The Money Heist event kicks off a string of new monthly themed parties called ‘The Showdown’. It invites people to try something different, with freestyle parkour, trampolines, HADO (an augmented reality sport) and lots of active games like dodgeball and zip-lining. 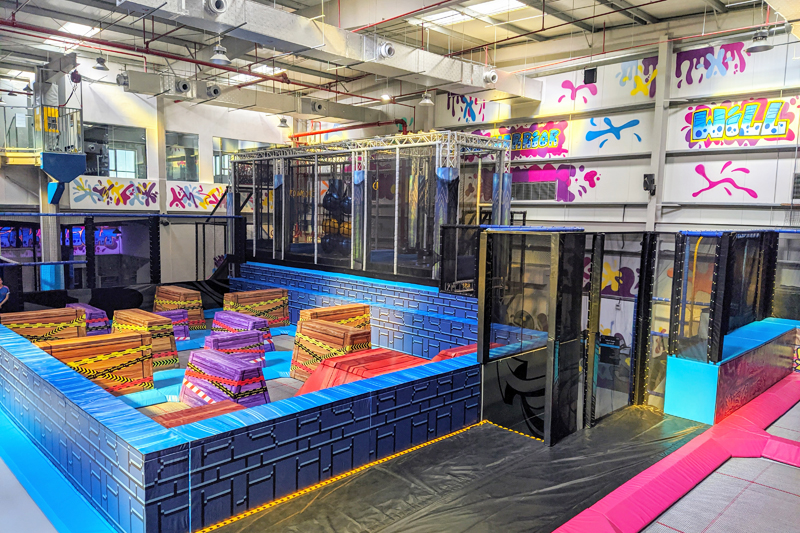 Entertainment on the night will include live music from the resident DJ, lots of elaborate Money Heist costumes, strobe lighting and awe-inducing performances from Street Maniax’s in-house jump specialists.

Over ten adrenaline-filled activities await you at Street Maniax. As well as cool challenges like Jump Tower (where you fling yourself onto a huge beanbag), dodgeball and zip-lining, there are also some cool new-technology activities to try. 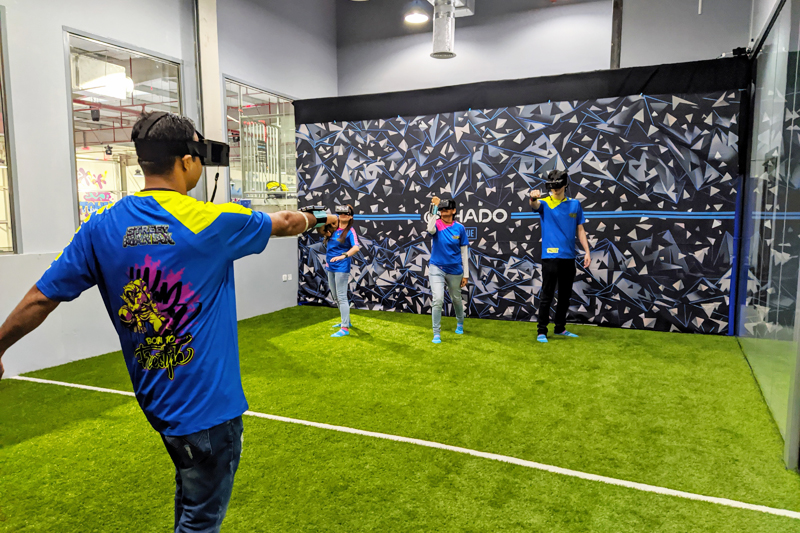 Step into a different world with HADO, a smartphone AR (augmented reality) game which requires players to don an AR headset, then they’ll shoot energy balls, pull up shields and fight monsters in the fun new-age game. There will also be a Quick Flight Jump game, with the VR version set to be introduced soon.

The new jump park is aimed at teenagers and older adults, encouraging them to get active and just have fun. You could even burn up to 600 calories per session, so forget that gym class and get yourself here.

Things to do
TV
EDITOR’S PICKS
Ramadan in Dubai: 50 iftars to try
READ MORE
Where can Dubai residents travel? Check out these 14 destinations
READ MORE
Rumours, facts and reveals: New Abu Dhabi bars and restaurants
READ MORE
UAE announces reduced working hours for Ramadan 2021
READ MORE
MOST POPULAR
A four-day ultra marathon is taking place in the Dubai desert
Put the pedal to the metal with free tickets to Ekart Zabeel
Etihad drops massive summer sale with up to 50 per cent off flights
Spend your summer in a snowy cinema in Dubai
Tipsy Lion reopens with wallet-friendly deals all week
YOU SHOULD CHECK OUT
Our website uses cookies and other similar technologies to improve our site and your online experience. By continuing to use our website you consent to cookies being used. Read our privacy policy here.