This Dubai Marina bar has a 'Love Island' themed brunch

It’s Dhs199 for four hours of unlimited drinks and food…

Have you been keeping up (and down) with the love lives of the contestants on this year’s Love Island and are keen to meet up with friends and discuss the gossip?

In case you’ve been living under a rock, Love Island is a British TV show that follows a host of young singletons looking for love, and enter a villa in the hopes of finding it. It’s bigger than ever this year, with a winter series currently being filmed daily in South Africa.

Now there’s even more reason to catch up on all the drama, as Dubai Marina gastroclub, The Hideout, has launched a ‘Love Island’ themed brunch, complete with unlimited food, drink and lots of island-themed inflatables.

The latest Love Island episodes will be beamed on to the bar’s four huge TV screens during the brunch, so you won’t have to miss out on anything. There’ll be balloons, fun inflatables and even a 6×4 metre inflatable unicorn. 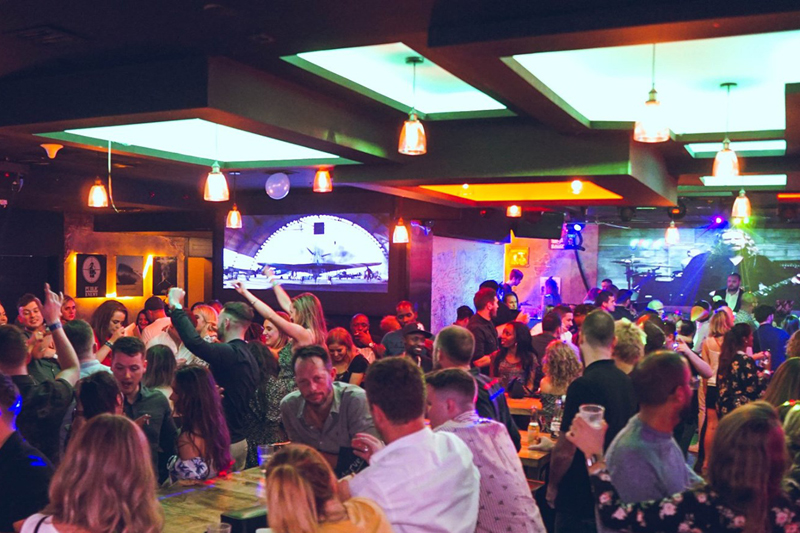 The Hideout is known for going all out in its celebration of, well, anything, and for the Friday Brunch you’ll be able to check out the ‘Hideout Hideaway’, huddle around the fire pit and snap a pic at the Love Island photo op wall.

Enjoy four hours of unlimited house drinks and three-courses of food from 1pm to 5pm, priced at a seriously wallet-friendly Dhs199. The Hideout is located at the Marina Byblos Hotel and the specially-themed brunch will run until the series comes to an end in March.

A DJ will be on hand to entertain throughout the day and prepare for a singalong as the music at The Hideout usually plays loads of old school hits from the 80s, 90s and noughties.

Will this brunch be your type on paper?

Brunch
TV
EDITOR’S PICKS
13 Sheikh Hamdan-approved restaurants in Dubai
READ MORE
Dubai brunches temporarily banned in new preventative measures
READ MORE
12 upcoming Dubai mega-projects we can't wait for
READ MORE
16 of the best beach bars in Dubai for sundowners
READ MORE
MOST POPULAR
Enjoy brunch, breakfast and a stay at Westin Abu Dhabi from Dhs432
Get a free gym class at this cool new Dubai gym
Pics of the week: Your best photos of the UAE
Emirates Airlines and DHA to implement digital verification of traveller medical records
7 of the tastiest breakfast burgers, buns and baps in Dubai
YOU SHOULD CHECK OUT
Our website uses cookies and other similar technologies to improve our site and your online experience. By continuing to use our website you consent to cookies being used. Read our privacy policy here.