Nothing was quite so in demand as the Friends quiz, which was booked up three weeks in advance last July. For anyone who missed out, or who attended and felt they were robbed of their glory, The One With All The Trivia is back this month.

Taking place on Wednesday February 19, the famed quiz night will run from 8pm to 10pm, and put die-hard fans through their paces with a series of themed questions and games as they make their way through the quiz, round by round. 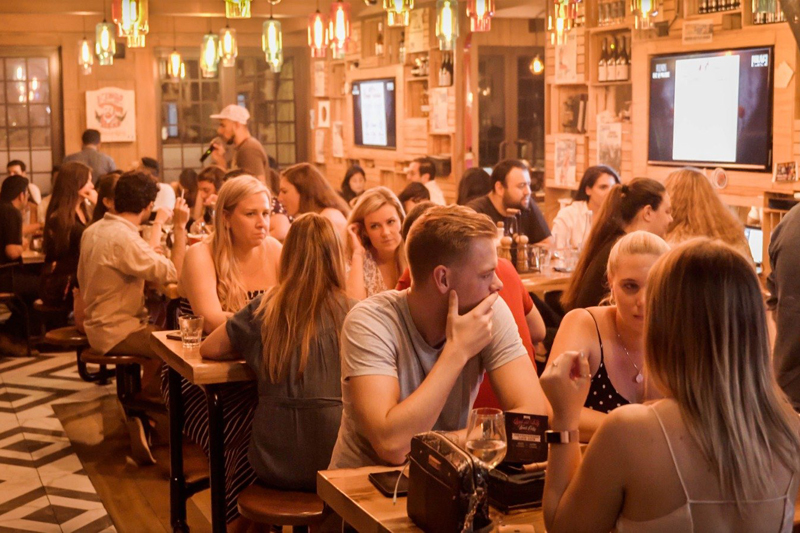 This time, Publique has a brunch offering, and a sweet deal at that. For Dhs150, guests can enjoy two hours of unlimited drinks and bar bites as they battle out to show they know the hit show better than anyone else.

In 2019 Dubai hosted a series of celebrations for the sitcom’s 25th anniversary. In addition to the quiz at Publique, a replica of the famous orange couch was displayed at Burj Khalifa, the Dubai Fountains played the theme tune and Vox Cinemas showed episodes of the show in its screening rooms.

Bars
TV
EDITOR’S PICKS
Covid-19 rules in Dubai: all the updates you need to be aware of
READ MORE
9 royal-approved Dubai restaurants
READ MORE
16 of the best beach bars in Dubai for sundowners
READ MORE
Where to get the Covid-19 vaccine in Dubai, Abu Dhabi and across the UAE
READ MORE
MOST POPULAR
Join us for a preview of Fairmont Bab Al Bahr's Valentine's dine around
Teatro Abu Dhabi has launched a special healthy menu
Four reasons why you should check out Asil this month
Win a BMX in the new Hudayriyat Circuit X youth time trial event
Hello, Glo: The new bar and lounge now open in DIFC
The luxury hotels and residences open and opening along West Beach
YOU SHOULD CHECK OUT
Our website uses cookies and other similar technologies to improve our site and your online experience. By continuing to use our website you consent to cookies being used. Read our privacy policy here.