The renewable visa grants residence in the UAE for 10 years…

In May 2019, HH Sheikh Mohammed bin Rashid Al Maktoum Vice President of the UAE and Ruler of Dubai introduced a new type of residency visa known as the ‘Golden Card’. The visa initially aimed to grant permanent residency to investors and exceptional doctors, engineers, scientists and artists. However Sheikh Mohammed recently approved athletes to be granted the privilege.

So far, around 1,200 people have been granted the visa, and not all of them live in Dubai full-time. Five-year visas are also available, although both variations renew automatically. A few famous faces have been awarded the UAE Golden Card visa.

Here’s all the celebrities who have been awarded a Golden Card visa.

Cristiano Ronaldo, footballer for Portugal and Juventus football clubs, is a regular visitor to the UAE. The star, who is currently the most followed person on Instagram, regularly shares pictures of his adventures here, and is good friends with HH Sheikh Hamdan bin Mohammed Al Maktoum, Crown Prince of Dubai. Ronaldo was awarded ‘Best Player of the Year’ at the 2019 Dubai Globe Soccer Awards, shortly followed by a Golden Card visa in February 2020.

Novak Djokovic, who claimed victory at the Dubai Duty Free Tennis Championships on Saturday February 21, has also been awarded a Golden Card visa. The Serbian tennis star regularly visits Dubai with his family, often using Sheikh Hamdan’s training facilitates, Nad Al Sheba Sports Complex to work on his fitness. Djokovic considers Sheikh Hamdan, who he refers to as Fazza, to be a good friend and has praised his passion and enthusiasm for sport in the past. The Golden Card visa was awarded to Novak Djokovic in February 2020, it’s also expected that Roger Federer will also receive the honour soon.

French football player, Paul Pogba, has also been granted a Golden Card visa. The Manchester United player regularly trains in Dubai and often shares videos from the Nad Al Sheba Sports Complex. Thanks to the visa, he’ll be able to continue to visit as often as he likes.

Retired professional football player, Luís Figo, has also been awarded a permanent residency visa by the UAE cabinet. The Portuguese athlete was a record-holder for his national team, and also played for Sporting CP, Barcelona, Real Madrid and Inter Milan.

Brazilian retired footballer and ambassador, Roberto Carlos, has been granted a Golden Card visa. Carlos has been visiting the UAE for many years, supporting many of the sports tournaments and events.

Miralem Pjanić, Bosnian professional footballer, also has the accolade of a permanent visa for the UAE. The Juventus player was last in Dubai to attend the Global Soccer Awards. 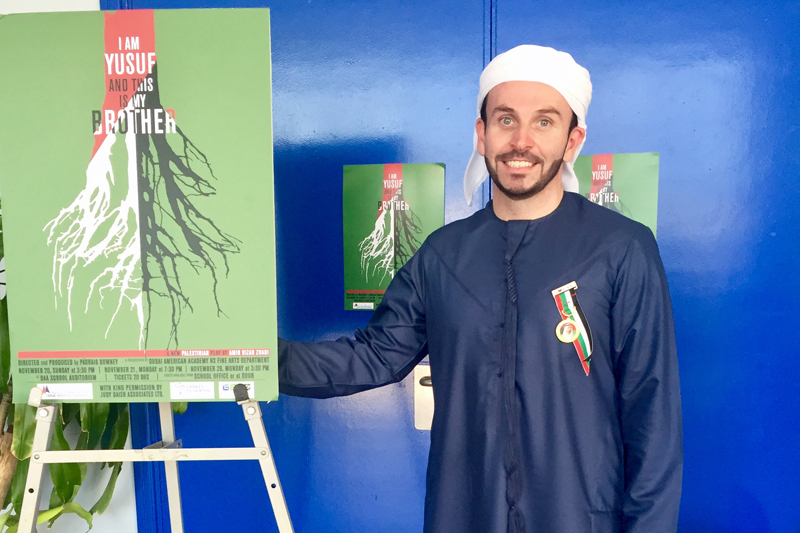 Danú Theatre Founder and Director, Padraig Downey, has been awarded a Golden Card visa for his efforts to the arts. Downey has been praised for helping to build the theatre scene in Dubai, which has grown tremendously over the years. The producer has created mostly Arab and Irish content, with 20 full length productions so far.

Celebrities
EDITOR’S PICKS
13 Sheikh Hamdan-approved restaurants in Dubai
READ MORE
Dubai brunches temporarily banned in new preventative measures
READ MORE
12 upcoming Dubai mega-projects we can't wait for
READ MORE
16 of the best beach bars in Dubai for sundowners
READ MORE
MOST POPULAR
5 awesome art events and exhibitions in Dubai to check out in March
Stay at the new Hilton Abu Dhabi Yas Island with park access from Dhs429
This Dubai beer garden is the perfect post-work watering hole
BOA Dubai has closed forever, here's what will replace it
2 Dubai chefs are teaming up for a cool collaboration in D3 next week
YOU SHOULD CHECK OUT
Our website uses cookies and other similar technologies to improve our site and your online experience. By continuing to use our website you consent to cookies being used. Read our privacy policy here.