Here are all the music megastars coming to Dubai in 2020…

2020 is well-underway and after a stellar number of music performances in the UAE already from world-famous artists, we’re excited to see who will visit over the next few months.

We’ve rounded up all the stars with confirmed gigs coming up – mark these dates in your diary and be sure to keep your eyes peeled as we’ll add more as soon as we know! 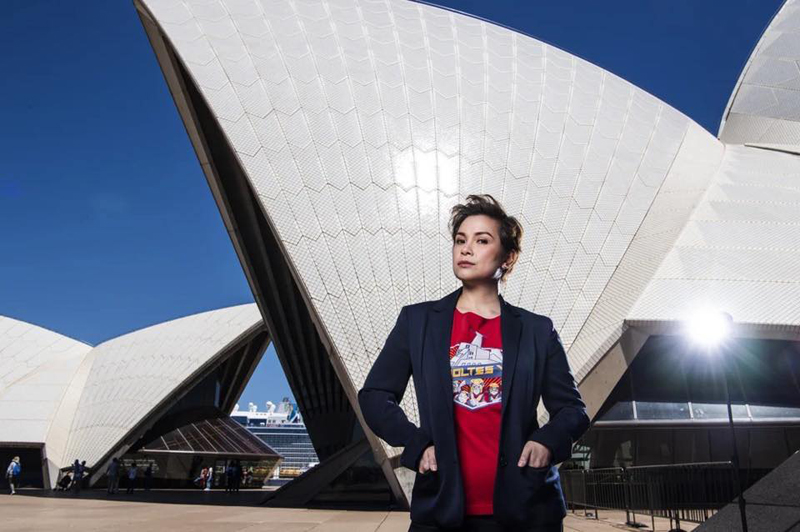 Behind the Oscar-winning song A Whole New World from Disney’s 1992 animation, Aladdin, is a voice with an amazing story. Lea Salonga was just seven years old when she started performing in the Philippines. By the age of 17 she had been whisked to London’s West End where she beat out hundreds of other singers from around the world to star in what would become one of the biggest musicals of all time, Miss Saigon. She is the very first Asian woman to ever win a Tony for a Broadway performance; she’s a pioneer; she’s a musical legend and, in her spare time, she’s a Disney princess. Hear her sing beloved Broadway hits and movie greats including songs from Les Misérables, Miss Saigon, Aladdin and Mulan amongst others when she performs two concerts at Dubai Opera.

Back by popular demand, one of France’s most famous musical exports, Gipsy Kings, will be returning to Dubai in 2020 with a performance at Dubai Opera. If you’re a fan, you better snap up your tickets fast as they will be on stage for one night only. Never heard of them? We bet you’ve heard of Bambaleo, one of their most famous tracks. Although they hail from France, they actually perform in Andalusian Spanish with influences of flamenco, salsa and pop.

Super Junior and other K-Pop stars

Some of the biggest names in K-pop will descend on Dubai on Friday March 20 for the eagerly anticipated ‘Super Concert’ headlined by Super Junior. Alongside Super Junior on the line-up are a series of other K-pop bands including RGP, NCT 127, Laboum and Jun who will all be making their way to Coca-Cola Arena on March 20. Super Junior, which debuted in 2005 with 13 members, remains one of K-pop’s best-selling acts after gaining international stardom with hit songs including Sorry, Sorry and Mr Simple. 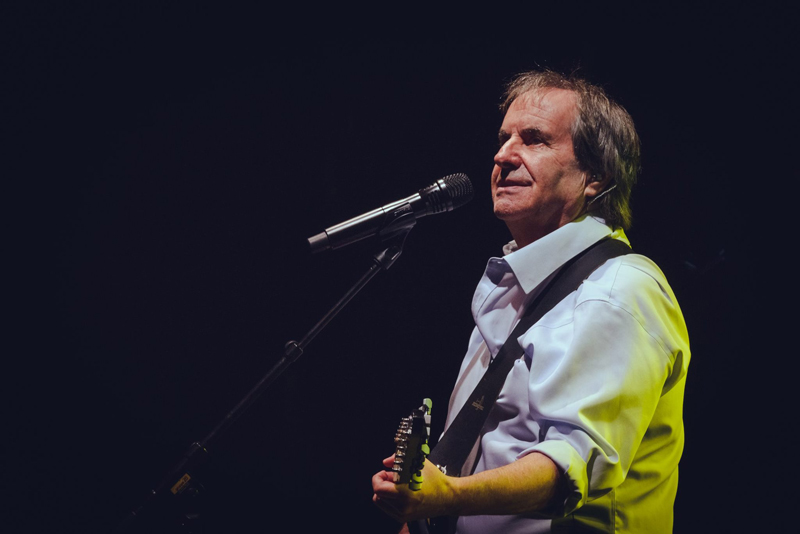 With over 50 million records sold worldwide, the world-renowned British-Irish singer-songwriter Chris De Burgh’s back catalogue includes international hits Don’t pay the ferryman, A spaceman came travelling and, of course his most iconic song, The lady in red. Hear him perform an intimate gig at the Dubai Opera. 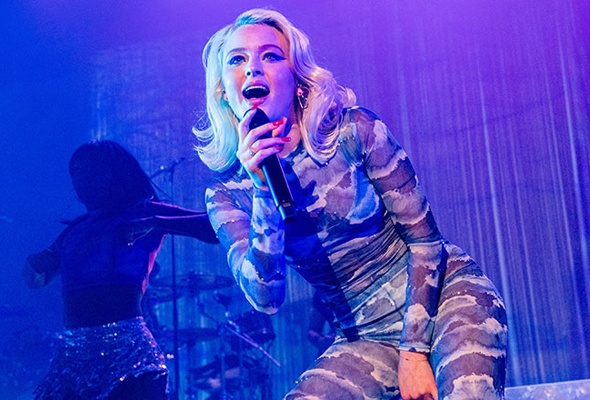 Successful Swedish singer, Zara Larsson has been confirmed to headline at Abu Dhabi’s eagerly-anticipated Mother of the Nation festival on Friday April 3, where she’ll entertain the crowds with some of her biggest hits, including Lush Life, I Would Like, Never Forget You, Ain’t My Fault, So Good and Symphony (on which she collaborated with successful electronic band, Clean Bandit). Tickets are priced from Dhs125. 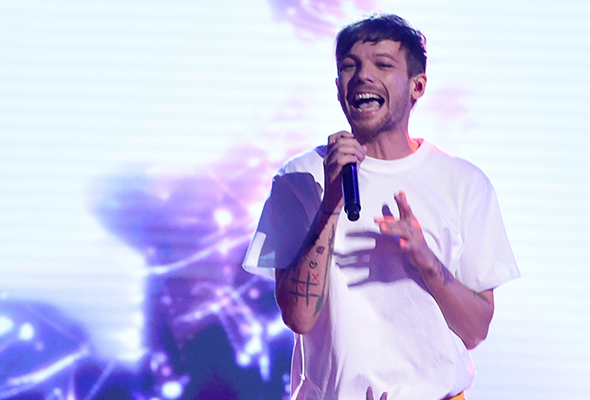 Former One Direction star, Louis Tomlinson, will be performing live at Dubai’s Coca-Cola Arena on Saturday April 18, 2020. His performance in Dubai will be in the middle of his 43-date world tour and fans can expect to sing along to some of his biggest hits including Just Like You, Back To You and Just Hold On as well as some new material from his upcoming debut album, Walls. Tickets are on sale from Dhs295. 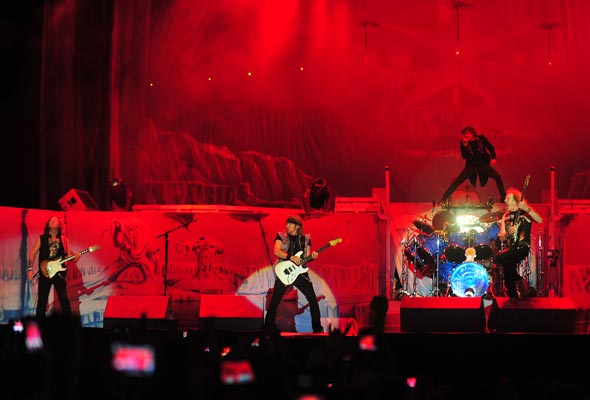 British heavy metal band Iron Maiden are set to bring their worldwide Legacy of the Beast tour to Dubai next year. The legendary band will take to the stage at Dubai’s Coca-Cola Arena in City Walk on Wednesday May 27, 2020. A stalwart band on the heavy metal scene, Iron Maiden formed in 1975 and have been performing and releasing music for more than 40 years. They began their Legacy of the Beast tour back in 2018, and it’s already been seen by more than 2 million heavy metal fans around the world. 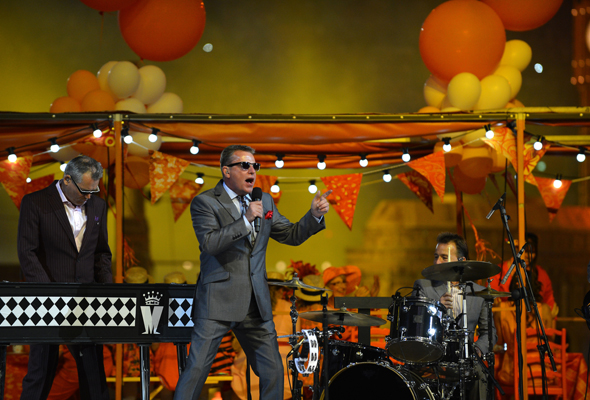 British ska band Madness make a noisy return to Dubai in a bid to transform The Irish Village into their House of Fun. The band formed in Camden, London in 1976 with six original members still in Madness today. The One Step Beyond hitmakers were most prevalent in the late 1970s and early 1980s, but many of their songs have remained popular throughout the decades including Baggy Trousers, Driving In My Car and It Must Be Love. 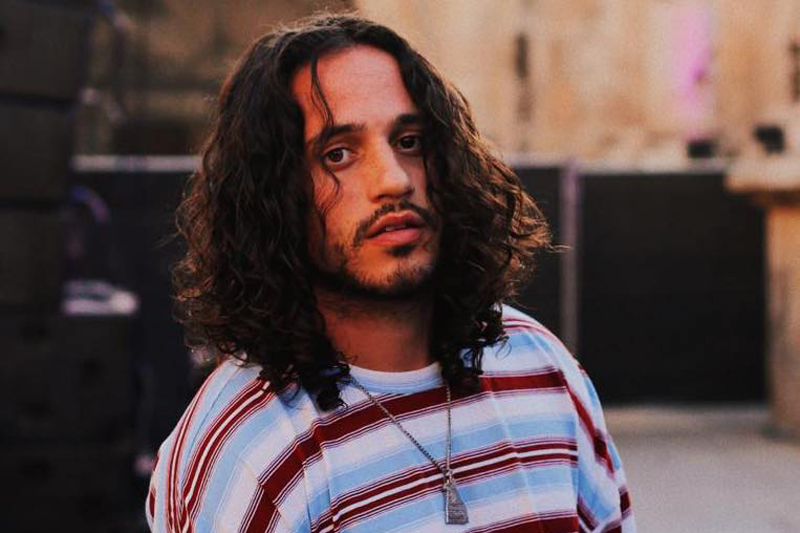 American rapper, singer and record producer Russ is set to make his return to Dubai in 2020. The hitmaker behind tracks including Losing Control and What They Want will perform at Dubai’s Coca-Cola Arena for the first time on Friday November 27. Tickets are available now, priced from Dhs250.

Nightlife
EDITOR’S PICKS
Here's the full list of UAE public holidays in 2023
READ MORE
23 incredible things to look forward to in the UAE in 2023
READ MORE
Hidden gems: 10 UAE desert pop-ups to discover this winter
READ MORE
Where to travel in 2023: 10 new flight routes from the UAE
READ MORE
MOST POPULAR
W Abu Dhabi will host a second edition of its sustainable Looped In menu
The UAE law changes on marriage, divorce and child custody to know about from February 1
5 fabulous new Dubai hotels to check-in to
Pics of the week: Your best photos of the UAE
Dhow & Anchor has got you covered every day of the week
YOU SHOULD CHECK OUT
Our website uses cookies and other similar technologies to improve our site and your online experience. By continuing to use our website you consent to cookies being used. Read our privacy policy here.