Visit the 'Seven Wonders of the World' from your sofa

Culture
Things to do
Travel

The coronavirus (Covid-19) pandemic has left us confined to our homes, but that doesn’t mean we have to sit around and do nothing. If your dreaming about your next vacation, maybe this list will help point you in the right direction.

The Seven Wonders of the World are monuments spanning across the globe and are deemed a ‘wonder’ as they are nothing short of iconic.

The monuments have changed over the years (the original seven wonders were chosen in 200BC and it was done by one person — Byzantine philosopher Filon) but the below list was put together by votes from 600 million people who narrowed down the list from 200 monuments from around the world. And you can now visit them from the comforts of your own home thanks to virtual technology. 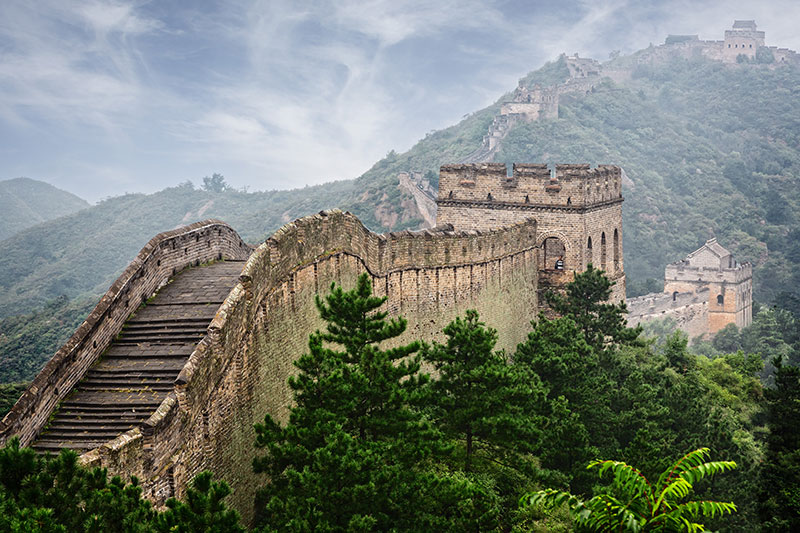 The Great Wall of China is arguably one of the greatest sights in the world, not to mention the longest wall in the world. It has a total length of 21,196.18 kilometres which is half the length of the Equator. It was built to protect the Chinese Empire against enemies and invaders from the North. It took more than one million workers and nine years to be built and spans across 15 regions in North China. Sadly, nearly a third of the Great Wall has now disappeared due to natural erosion, damage from tourists and people stealing bricks to build houses. While you won’t be able to view the entire Great Wall of China in the virtual tour, you can get a glimpse of what to expect when you do visit personally. 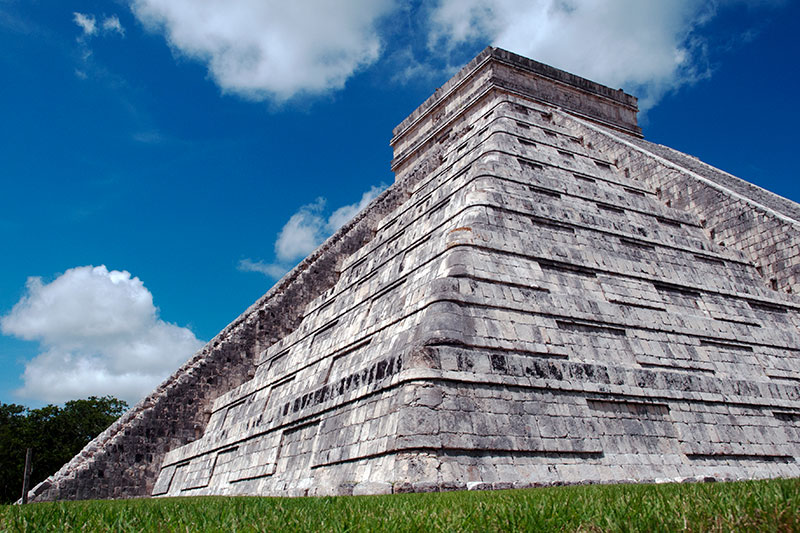 Chichen Itza is an archaeological site in Yucatan and one of the most visited locations in Mexico. From its very beginning, Chichen Itza was a very important religious center as it evident by the many large temples, elaborate burials, and many pyramids found at the site. The most famous part of Chichen Itza is El Castillo (pictured) — the largest known monument to the feathered-serpent god of the Maya. It is also known as the Temple of Kukulcan (or sometimes Kukulkan) and is a Mesoamerican step-pyramid that dominates the center of the Chichen Itza. 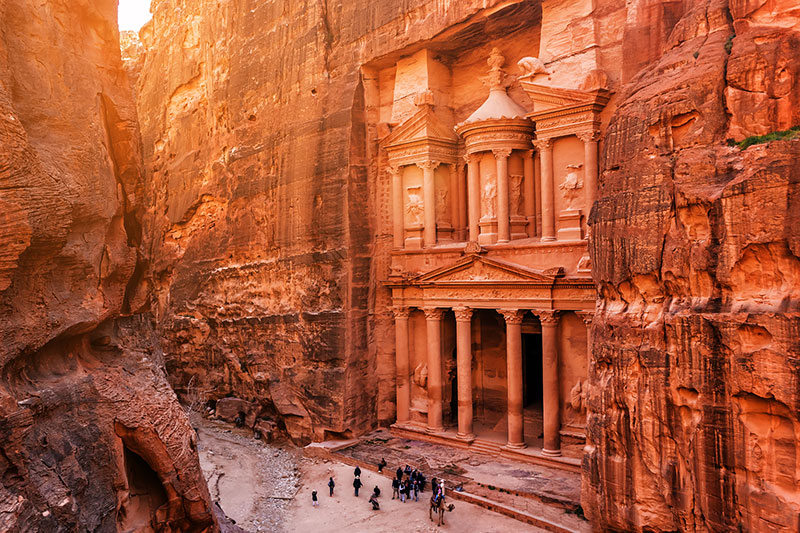 Located in Jordan amid rugged desert canyons and mountains, Petra is a honeycomb of hand-hewn caves, temples, and tombs. It is known as the Rose City, because of the colour of the stone from which it is carved. It was once a thriving trading center and the capital of the Nabataean empire between 400 BC and AD 106. If you head to the website, you will be given an audio-visual tour into the 2000-year-old city of stone starting all the way from Petra’s access point — a narrow canyon called Al Siq, to Petra’s most famous structure, 45 metre high temple — Al Khazneh and more. 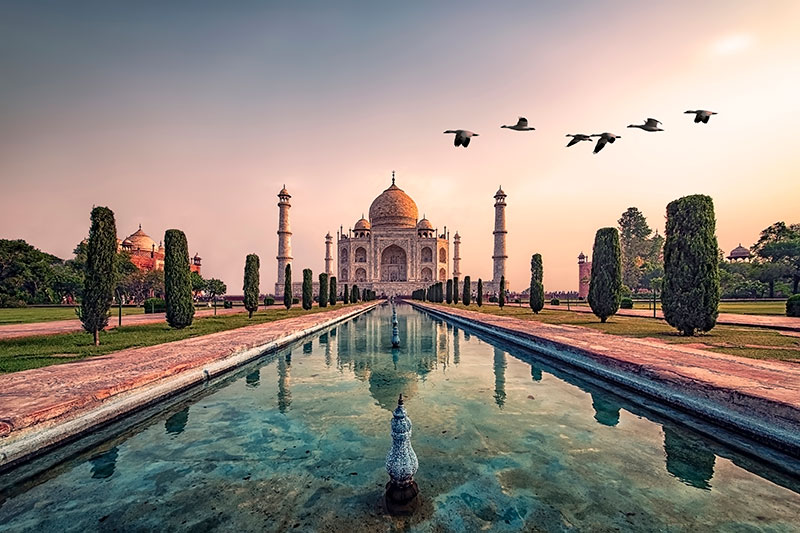 Built over 350 years ago by a powerful ruler, Mughal emperor Shah Jahan, in honor of his beloved wife, Mumtaz Mahal, the Taj Mahal is a monument known across the world for its symmetry, white marble, and the love story that brought it to life. It is one of the most beautiful buildings in the world and a popular tourist attraction located in the south bank of Yamuna river in Agra. In the virtual tour, you will be able to explore the Taj Mahal in 360 degrees, get up close to the hand-carved details and explore expansive landscapes. 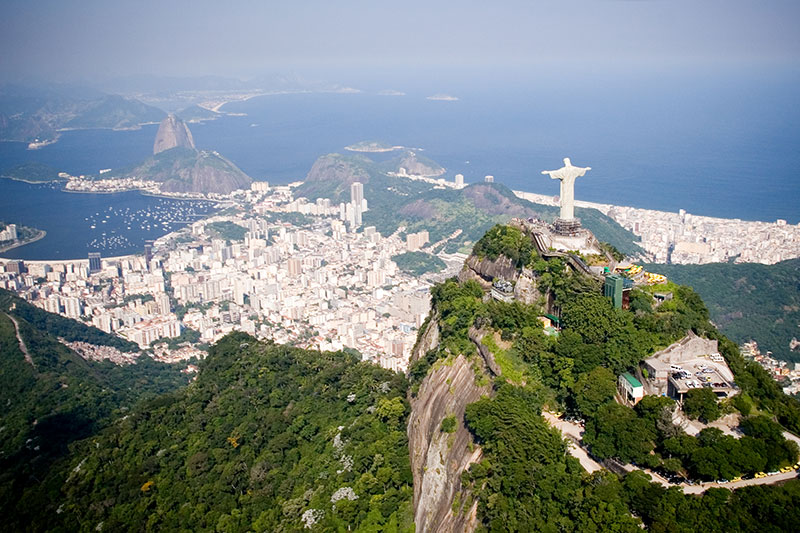 Possibly one of the most well known statues in the world, Christ the Redeemer in Rio de Janeiro, Brazil that was built as a symbol of Brazilian Christianity. It was first suggested by a Catholic priest in 1850, but it wasn’t until 1920 that the landmark became a reality after a group petition. It took 11 years for the statue to be completed and it stands 30 metres talls and the measurement of the outstretched arms spans 28 metres. Not only will you get to see the statue on this virtual tour, you will also be able to see the breathtaking views from the summit of southeastern Brazil Mount Corcovado on which it is built. 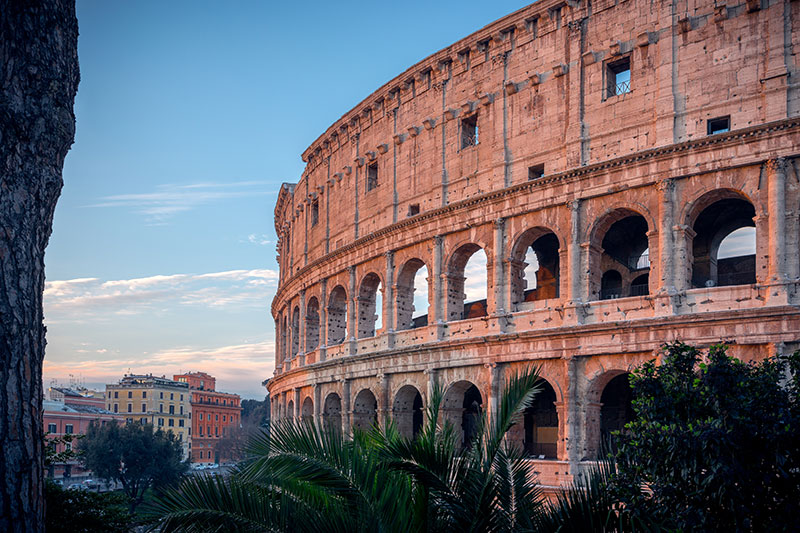 The Colosseum, also called Flavian Amphitheatre is a giant amphitheatre built in Rome under the Flavian emperors. The Colosseum was built in order to provide a permanent purpose-built arena to stage various forms of entertainment for the Ancient Romans. It could seat 80,000 Romans, each with an unobstructed view. While Rome should be on anyone’s travel bucket list, if you had friends or family who have visited already, they won’t fail to mention the long lines and the waiting period. In this virtual tour, you will be taken on an hour long tour complete with sound into the famous amphitheater. It has been shot in 4K so you don’t have to worry about the quality. In the video you will see all four levels including the arena floor and the infamous underground, the Hypogeum. 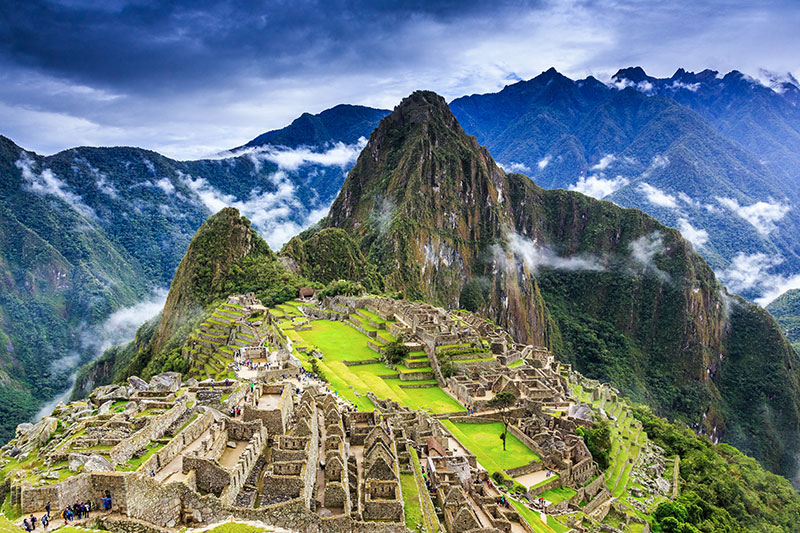 Machu Picchu means “old mountain” in the native tongue of Peru, and it was built as a fortress city for the aristocracy of Cuzco, the capital of the Inca empire. The fortress’ location was thought to be a secret, invisible almost, only known to peasants living in the region. The site stretches over an impressive 5-mile distance, featuring more than 3,000 stone steps that link its many different levels. How it was built back in the day remains a mystery as they didn’t have aids of animals or technology, which means everything had to be done with human strength alone. In the virtual tour, you will be able get a 360 degree peak into the spectacular scenery complete with a voiceover.

Culture
Things to do
Travel
EDITOR’S PICKS
Here's the full list of UAE public holidays in 2023
READ MORE
23 incredible things to look forward to in the UAE in 2023
READ MORE
Hidden gems: 10 UAE desert pop-ups to discover this winter
READ MORE
Where to travel in 2023: 10 new flight routes from the UAE
READ MORE
MOST POPULAR
The Wizarding World officially comes to Dubai
11 homegrown UAE restaurants that have gone global
13 new brunches in Dubai that will spice up your February
You can now tour these 12 ladies' nights on Yas Island
Sweep your special someone off their feet at TH8 Palm Jumeirah
YOU SHOULD CHECK OUT
Our website uses cookies and other similar technologies to improve our site and your online experience. By continuing to use our website you consent to cookies being used. Read our privacy policy here.