Yes, the rumours are true — Dusit Thani Abu Dhabi will house the UAE’s next McGettigan’s.

The Irish chain has been at the epicentre of the UAE’s nightlife and gastropub scene for the past decade. McGettigan’s is perhaps the Middle East’s most authentic ambassador for ‘the craic’.

Scheduled for launch in the last quarter of this year, the new location slots the brand into an Abu Dhabi hotel that already has a sparkling reputation for food and fun times.

It’ll be the second Abu Dhabi location for the Emerald Ilse-inspired import, with the existing bar still going strong in Al Raha. 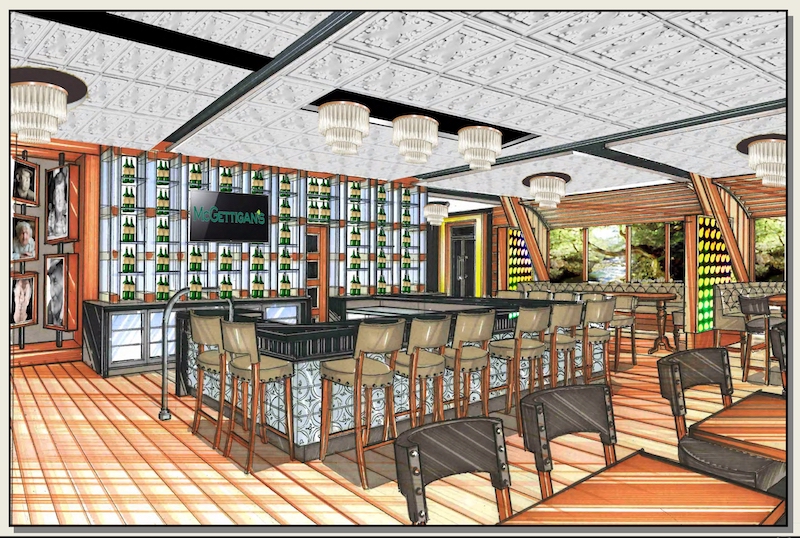 And from this sneak peek of the renders, the new venue looks reassuringly on-brand.

The General Manager of Dusit Thani Abu Dhabi, Desmond Hatton commented on the announcement by saying “As the hotel is well known amongst the foodies and corporates, intuitively, we wanted to introduce an elevated experience offering an encompassing mix of business and entertainment to cater to our discerning guests, and who better than the McGettigan’s Group to spearhead the exciting initiative.”

The feeling is evidently mutual, because McGettigan Group CEO, Dennis McGettigan said, “We are delighted and very proud to be associated with this new venture with Dusit Thani Abu Dhabi.”

“Dusit Thani has established itself as a food and beverage hub in Abu Dhabi and we look forward to adding to the destination’s appeal.”

See you all in Q4 for some mighty craic and a pint of the black stuff.

Bars
Eat & Drink
News
Nightlife
Things to do
EDITOR’S PICKS
13 Sheikh Hamdan-approved restaurants in Dubai
READ MORE
Dubai brunches temporarily banned in new preventative measures
READ MORE
12 upcoming Dubai mega-projects we can't wait for
READ MORE
16 of the best beach bars in Dubai for sundowners
READ MORE
MOST POPULAR
Breaking: Dubai extends preventative measures until mid-April 2021
Enjoy brunch, breakfast and a stay at Westin Abu Dhabi from Dhs432
Get a free gym class at this cool new Dubai gym
Pics of the week: Your best photos of the UAE
Emirates Airlines and DHA to implement digital verification of traveller medical records
YOU SHOULD CHECK OUT
Our website uses cookies and other similar technologies to improve our site and your online experience. By continuing to use our website you consent to cookies being used. Read our privacy policy here.