Interview: We talk to Holly Holm ahead of her huge upcoming UFC clash

What’s On speaks to Holly Holm, former UFC Bantamweight champion and the first woman to best Ronda Rousey in the Octagon…

Holly Holm is the only fighter in combat sports history to hold world titles in multiple divisions in boxing, as well as the UFC title in the bantamweight division. Up against the decorated athlete will be 32-year-old rising star Irene Aldana.

Irene is coming fresh off a massive KO victory over Ketlen Vieira and is a promising fighter. A victory over the 38-year old Holm will certainly be a boost for Irene.

However, it will be a daunting task to work inside the Octagon with one of the most naturally equipped strikers in the division. 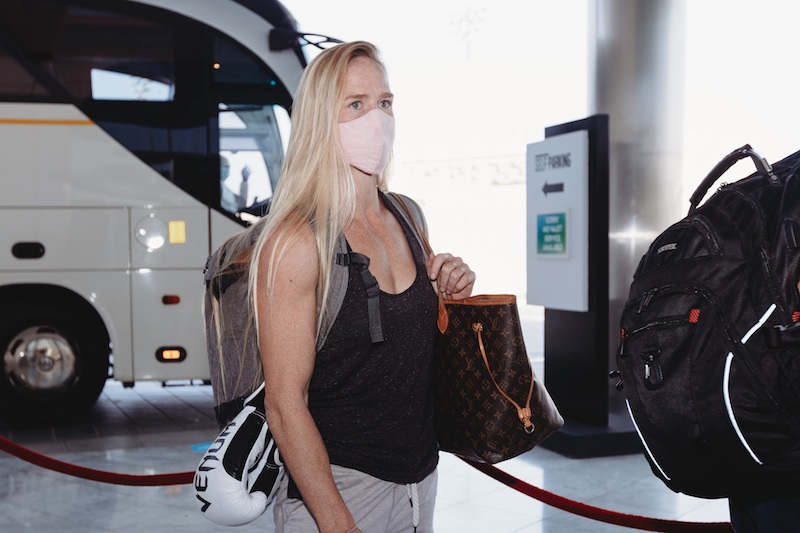 What’s On: Hi Holly how are you?

Holly Holm: Good, how are you?

WO: All good, all good, so — how have you found life on Fight Island, and was it how you expected?

HH: Everybody’s been super nice, the food, the service, but I’d definitely like to do more — it’s such a bubble, being over here and not being able to get out and explore, but you know… it is what it is, we’ll experience what we can while we’re here. It’s been great.

WO: Thank you, and how have you been feeling in the run-up to the fight against Aldana?

HH: I feel good. I’m ready to rock and roll, let’s do this already. She’s a very tough opponent, I know that, but I’m ready to get in there and put into action everything we’ve been training for in the gym. I’m ready.

WO: A lot has changed in the world since your last fight in January, do you think not having spectators at the event will affect you in any way?

HH: It’s one of those things, I don’t wanna lose, even in sparring at home, so once the fight starts — it’s not going to make a difference. At the end of the day, it’s just me and my opponent in there, so I’ll be ready when the time comes.

WO: You’re the most experienced fighter in the Octagon on the night, does that give you more confidence, or do you still feel like you have something to prove?

HH: I always feel like I have something to prove, I always want to do my best, I know that my opponent is coming with her best game, but I’m ready for it. She’s a tough opponent, but I have a little bit of ring experience on her, I’m not overlooking her at all.

WO: Beyond UFC, looking into the future, will we be seeing you in any action movies?

HH: [laughs] I hope so, I don’t know. I’m concentrating on fighting for now but afterward… the opportunity to go and do something like that, I would love to do that. 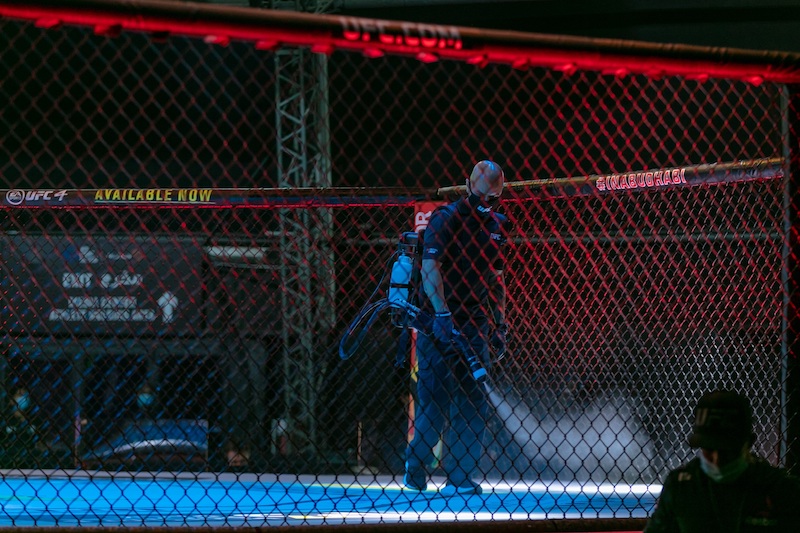 WO: We’ll certainly be looking forward to it. How have you found the Safe Zone and all the special precautions on Fight Island?

HH: I feel like everybody’s been very careful, it’s very safe, honestly I think they’re doing a great job, I feel good here, I feel safe here, I have nothing negative to say, 100 per cent awesome.

WO: Thank you Holly, we appreciate you taking the time to answer the questions and best of luck

HH: Thank you so much

You can watch UFC matches in the UAE via the UFC Arabia app. Holly Holm will take on Irene Aldana on Sunday October 4, the main card is scheduled to begin at 6.30am local time (prelims begin at 3.30am)

News
Sport & Fitness
Things to do
EDITOR’S PICKS
Ain Dubai will open with fireworks, live music and a drone show
READ MORE
Incredible Aura SkyPool to open in Palm Tower this November
READ MORE
Brit Grand Slam hero Emma Raducanu confirmed for Mubadala Tennis
READ MORE
What’s On Nightlife Awards 2021: Here are the nominees...
READ MORE
MOST POPULAR
Celebrate creativity at City Walk during this three-weekend event
This Heinz Beck brunch at Waldorf Astoria just got an upgrade
10 brilliant things to do in Abu Dhabi this long weekend: Oct 21 to 23
Experience Arabesque elegance at Asil's Saturday lunch
If there's one place to be this Halloween, it's Warehouse
YOU SHOULD CHECK OUT
Our website uses cookies and other similar technologies to improve our site and your online experience. By continuing to use our website you consent to cookies being used. Read our privacy policy here.