News
Things to do
Travel

The instantly recognisable skyline hotel, Jumeirah at Etihad Towers is undergoing a rebrand as part of a management agreement between Hilton and His Highness Sheikh Suroor Bin Mohammed Al Nahyan.

From October 1, the property will be known as Conrad Abu Dhabi Etihad Towers — making it the first Conrad in Abu Dhabi.

The hotel occupies one of five towers which, together, make up the Etihad Towers complex.

Luxurious facilities in the skyscraper include 12 restaurants and bars, the lavish Talise spa, a beautiful private beach club, and three outdoor swimming pools, equipped with poolside and swim-up bars.

There are 576 guest rooms, including suites and residences, offering vertiginous views of the Arabian Gulf. 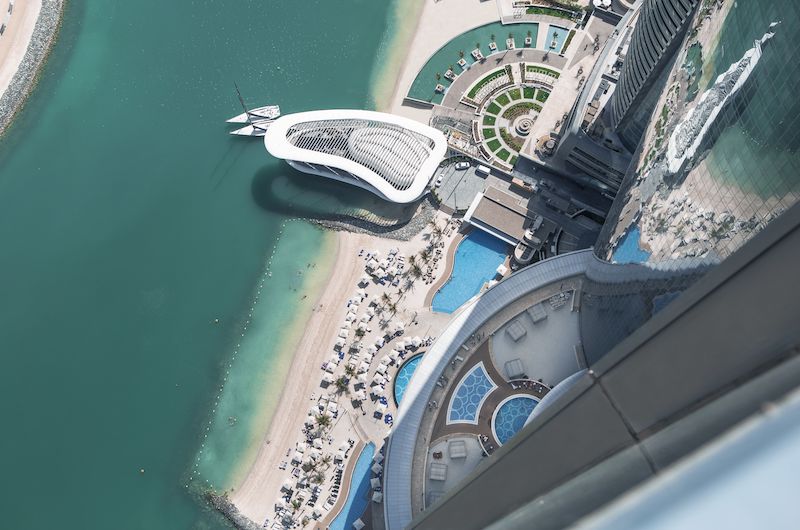 Speaking about the news, His Highness Sheikh Suroor Bin Mohammed Al Nayhan, said, “Etihad Towers is the embodiment of modern and sophisticated luxury and I am delighted to be partnering with Hilton to open Conrad Abu Dhabi Etihad Towers.”

“Abu Dhabi’s global reputation will be further enhanced with the presence of the luxury Conrad brand – a suitable addition to the world-class retail and dining options available at this landmark development.”

At the moment, there is no definitive word on whether there’ll be any changes to the food and beverage concepts in the building. Popular restaurants that include Bice, Tori No Su, Nahaam, Observation Deck at 300, Lil Beirut, Ray’s Grill and Vakava.

All eyes are now on the other Jumeirah properties in the emirate for more developments.

News
Things to do
Travel
EDITOR’S PICKS
UAE holiday dates announced for Eid Al Adha
READ MORE
Another update: Emirates extends suspension of flights from India to UAE
READ MORE
Coming soon: Everything we know about Ain Dubai so far
READ MORE
Khorfakkan set to open new tourist attraction 580 metres above sea level
READ MORE
MOST POPULAR
A fun new Saturday brunch is launching at MASTI Dubai
Review: Newton
Free chicken wings for three days at this celeb-fave Abu Dhabi restaurant
Review: Explore the Palm Jumeirah with a stay at St. Regis Dubai, The Palm
Etihad: India flights on hold until at least August 2
YOU SHOULD CHECK OUT
Our website uses cookies and other similar technologies to improve our site and your online experience. By continuing to use our website you consent to cookies being used. Read our privacy policy here.